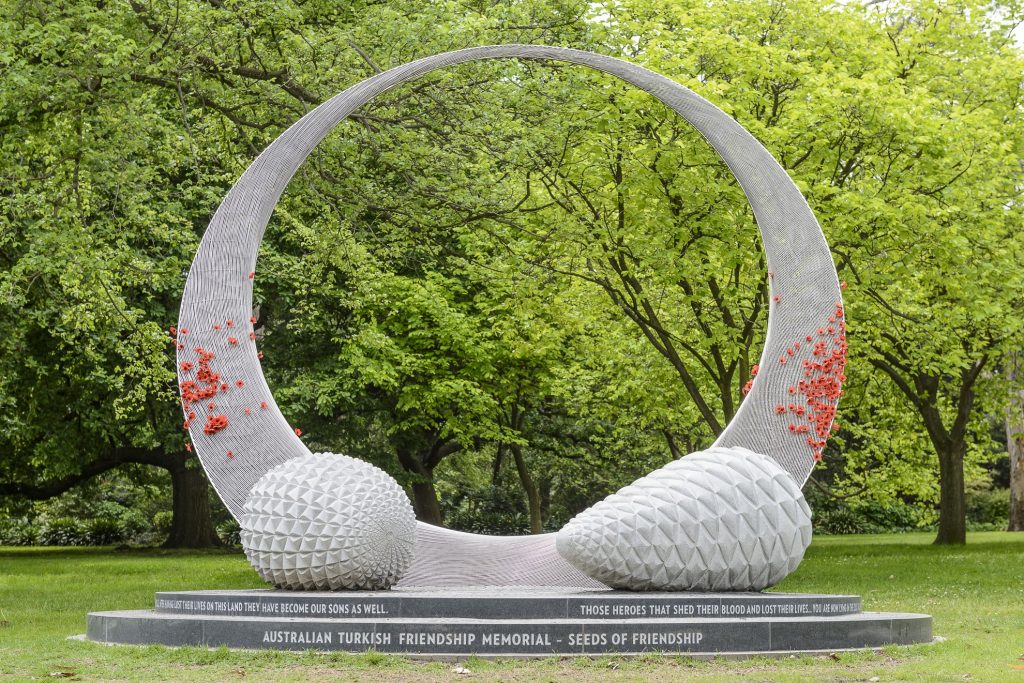 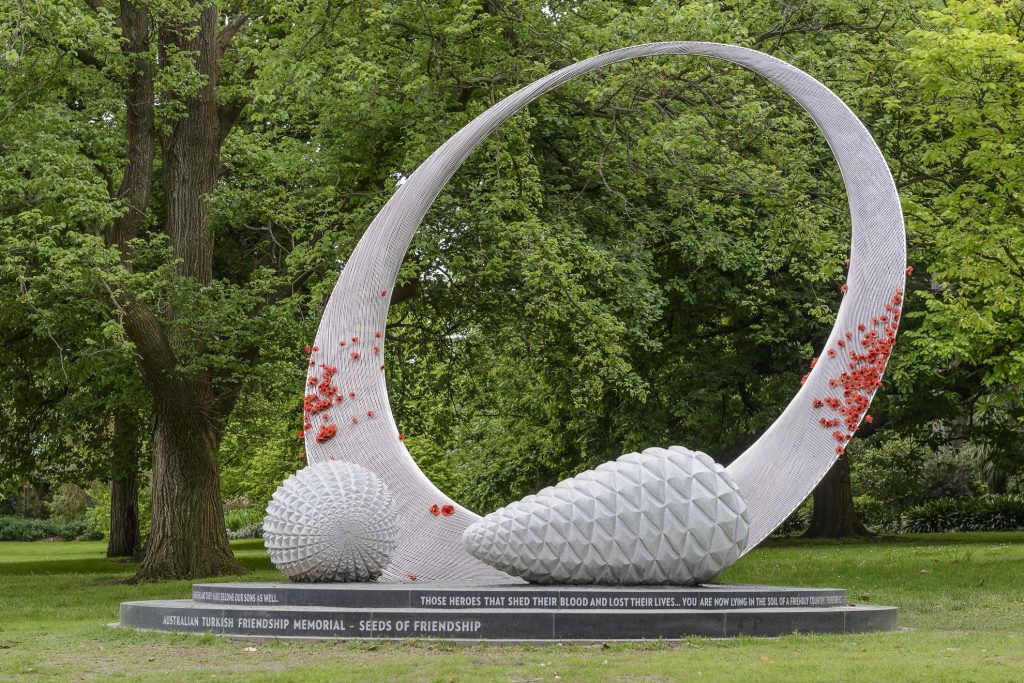 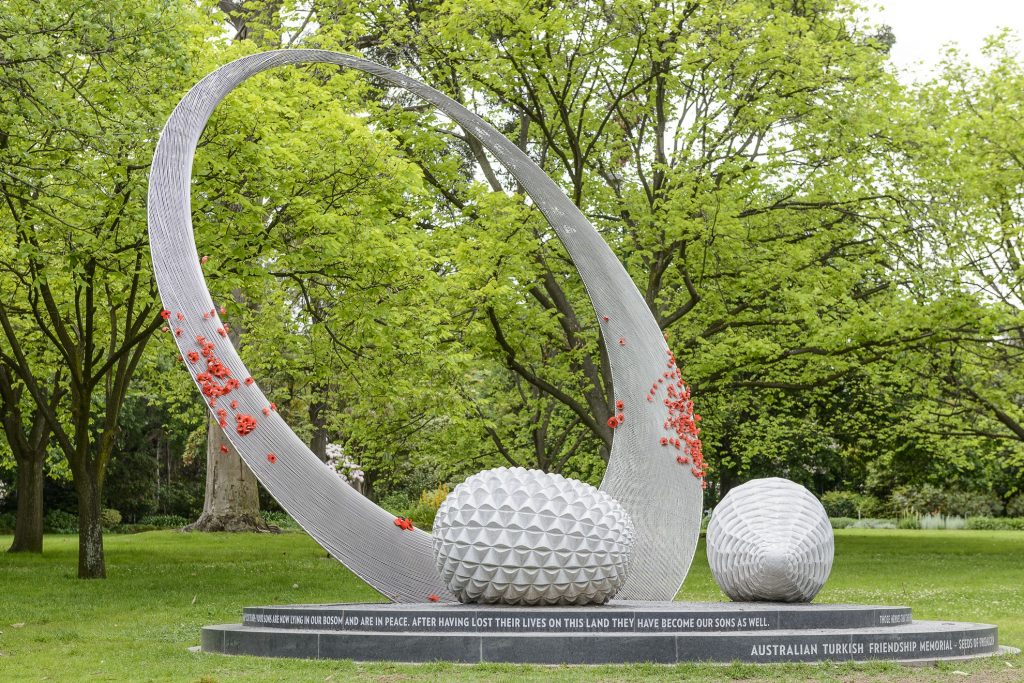 Those heroes that shed their blood and lost their lives ... You are now lying in the soil of a friendly country. Therefore rest in peace. There is no difference between the Johnnies and Mehmets to us where they lie side by side ... You, the mothers, who sent their sons from far away countries. Wipe away your tears, your sons are now lying in our bosom and are in peace. After having lost their lives they are now our sons as well. Mustafa Kemal Ataturk 1934. A monument to great hearted men, and for their nation – a possession forever. C.E.W. Bean c. 1922 Australia Turkish Friendship Memorial – Seeds of Friendship

Commissioned by the Turkish sub-branch of the Victorian RSL and supported by state and federal funding, 2014
City of Melbourne Art and Heritage Collection

Location: Kings Domain, Birdwood Ave Commissioned to commemorate the 100th anniversary of Anzac Day, this memorial sculpture comprises a 400 x 400 x 400 centimetre stainless-steel ‘wreath’, two granite seed pods (a casuarina and a pinecone), and a bluestone pebble mosaic, with copper etched ‘pine needles’ engraved with quotes from soldiers and family members.The hand-carved seeds of a Turkish pine and an Australian casuarina represent the seeds of friendship and the future; the quotes on the base of the memorial highlight the bond the countries share; and steel strands forming the wreath commemorate fallen soldiers. The sculpture was commissioned by the Turkish sub-branch of the Victorian RSL and supported by state and federal funding. Artist statement 'The most moving aspect of the Gallipoli story and the Australian–Turkish relationship is the manner in which soldiers of both countries were able to keep their humanity in the most inhumane conditions. This humanity became the seed for the remarkable respect and dignity shown not only in battle, but which gave rise to the deep bond of friendship that is as strong and vital today as it was a century ago.' Matthew Harding