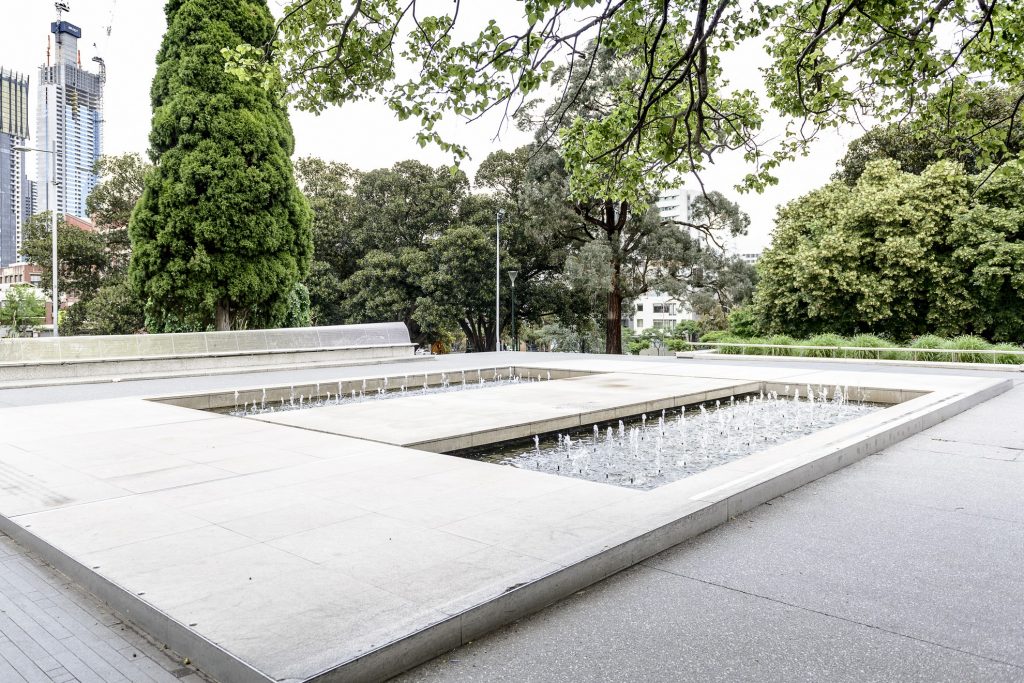 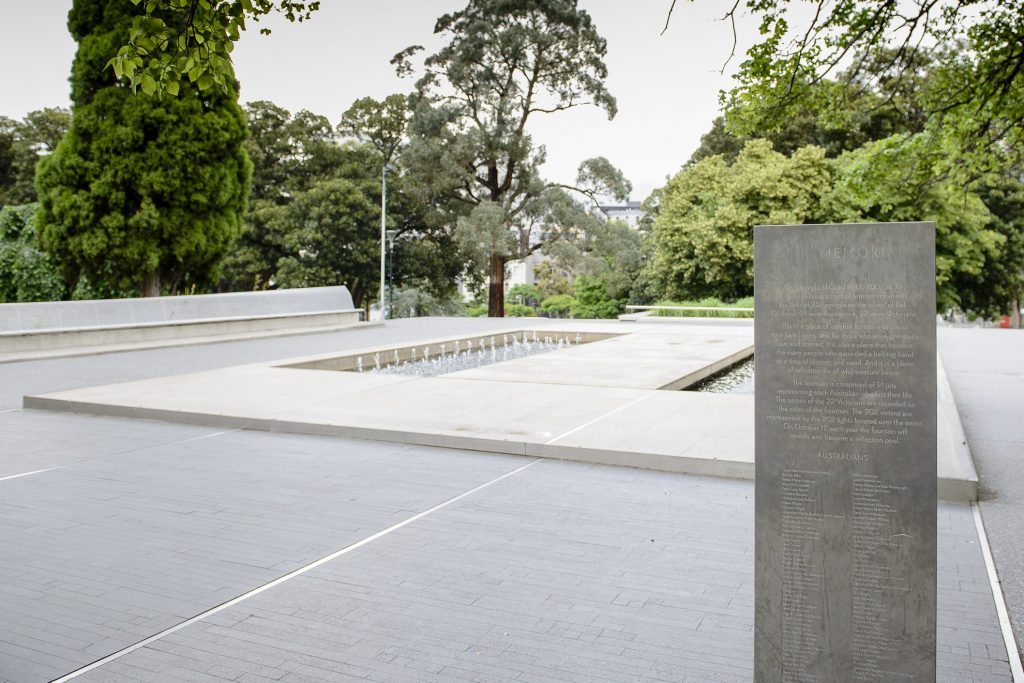 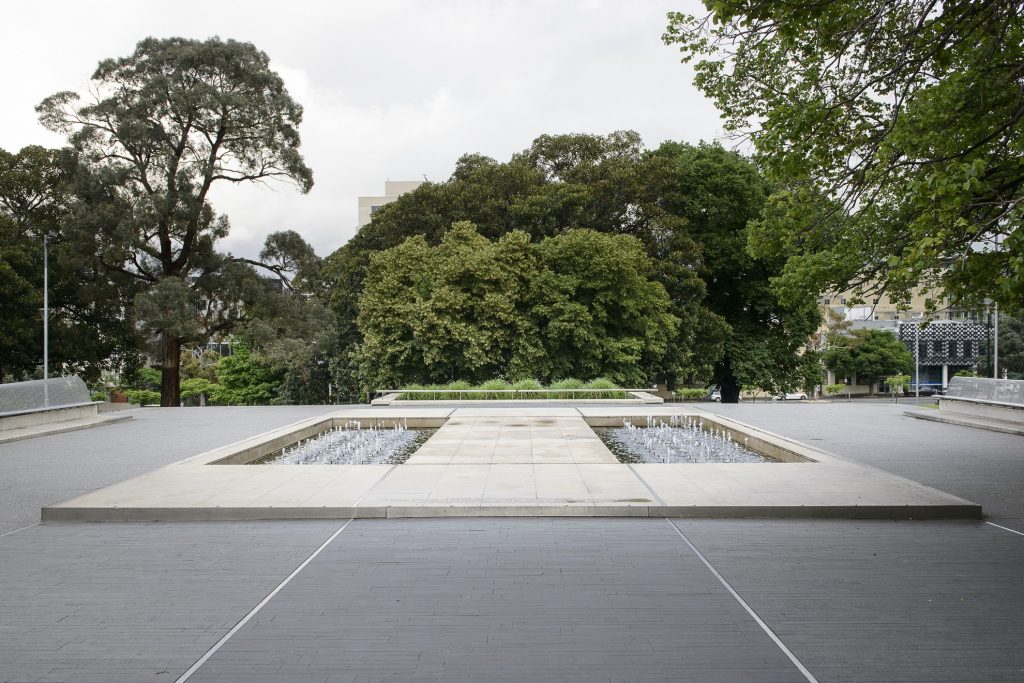 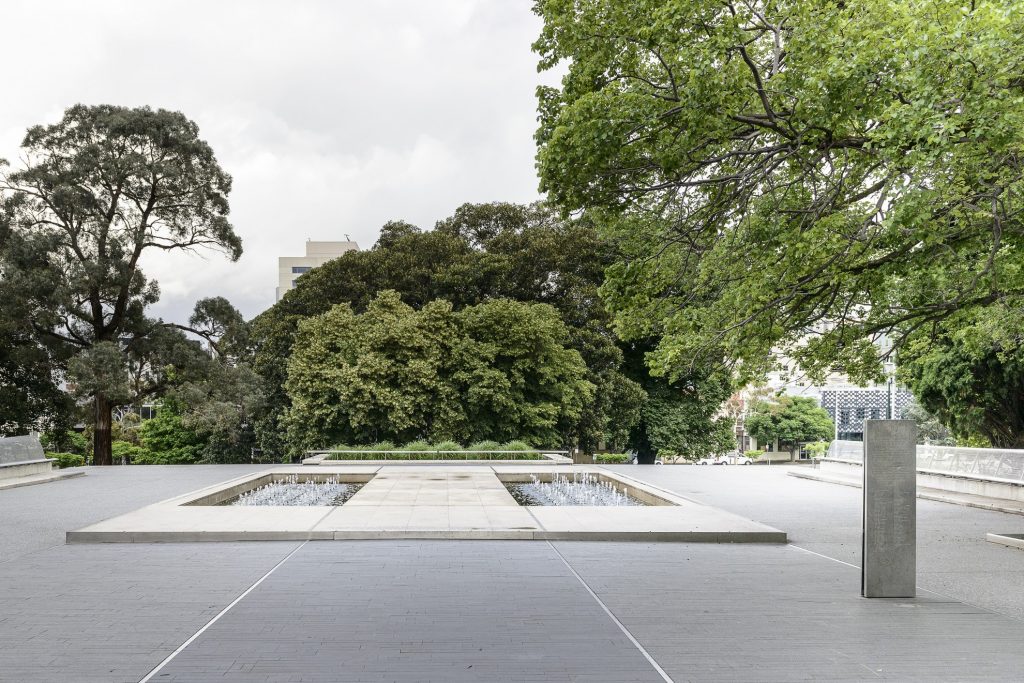 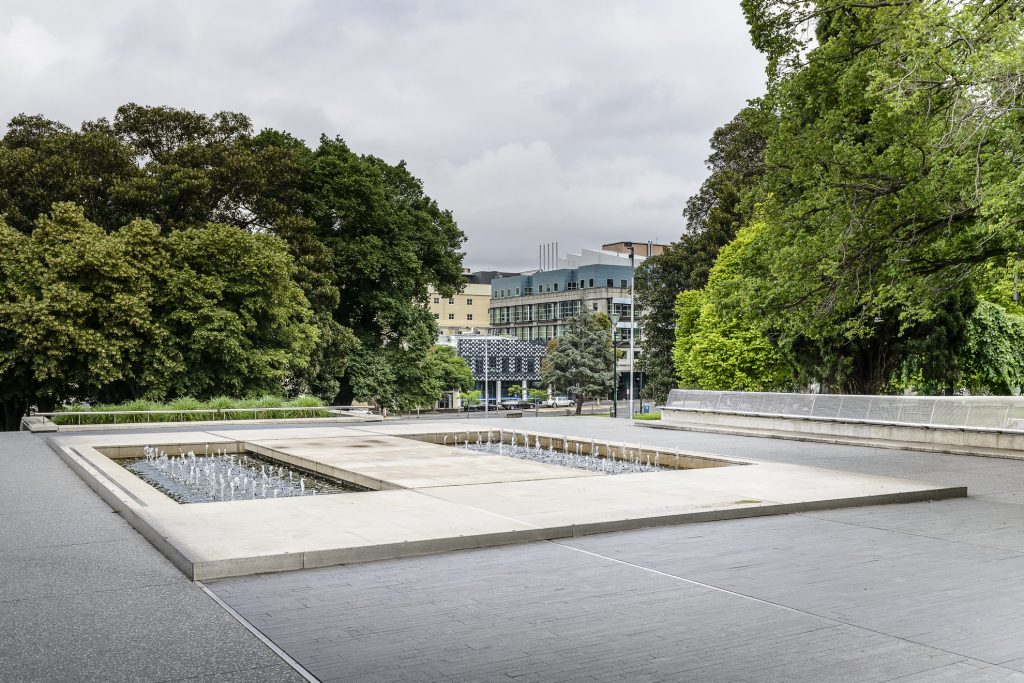 On the night of October 12, 2002 at the eleventh hour, an act of terrorism claimed the lives of 202 people on the island of Bali. Of these, 91 were Australians, 22 were Victorians. This is a place for comfort for those who lost their loved ones, and for those who were grievously hurt and scarred. It is also a place that honours the many people who extended a helping hand at a time of distress and need. And it is a place of reflection for all who treasure peace. The fountain is comprised of 91 jets representing each Australian who lost their life. The names of the 22 Victorians are recorded on the sides of the fountain. The 202 victims are represented by the 202 lights located over the water. On October 12 each year the fountain will recede and become a reflection pool. [Names of Australians who died]

Location: Lincoln Square, Swanston Street, Carlton This fountain and landscaped site memorialises those who lost their lives or were injured by the bomb blasts that devastated Kuta, Bali, on 12 October 2002, and honours those who helped in the aftermath. It has been conceived as a place of comfort, the seating offering a place for quiet contemplation. The memorial’s centrepiece is a low concrete platform in which two rectangular pools are sunk. These house 91 jets, representing the Australians who perished in the bombing; the names of the 22 Victorians killed are recorded on the sides of the fountain. The fountain’s 202 lights represent all who died that night. A plaque on the eastern side of the memorial lists the names of the Australians who lost their lives. On each anniversary of the bombing, the fountain recedes to become a reflection pool. This memorial rejuvenated an existing water feature, built on the site in the 1960s. In 1961, the Melbourne City Council began work landscaping Lincoln Square, laying paths, stone terraces, flower beds and installing an ornamental spraying fountain. It was officially opened by Councillor Brens, Chairman of the Parks and Gardens Committee on the 23rd of July, 1965. The fountain was the first work to be designed financed and installed entirely by the Melbourne City Council, at a cost of 18,000 pounds. The City Architects designed a 40 foot square pool with 150 jets forming the water sculpture. The pool is capped with Sicilian marble and Harcourt granite.