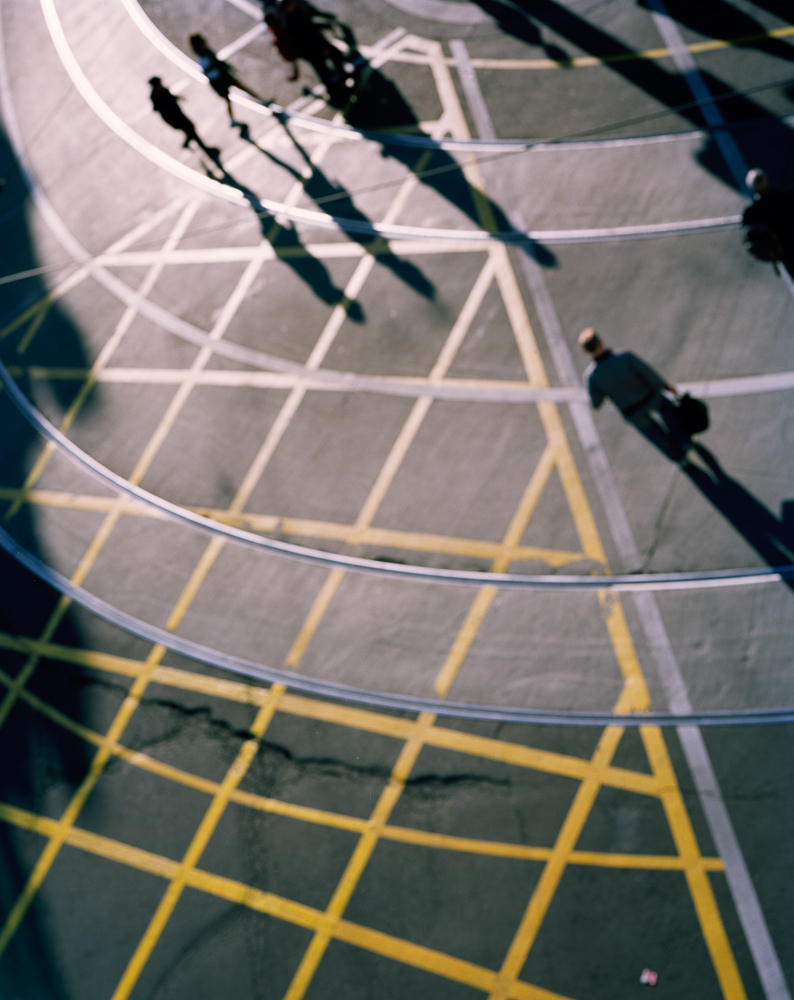 Purchased, 2013
City of Melbourne Art and Heritage Collection Courtesy of the artist

Born in Geelong, Taungurung man and artist Steven Rhall lives and works in Melbourne's west, and the sense of place and cultural diversity of Footscray often underwrite his work. His practice ranges across media, but he is most recognised for his works in photography, video and installation. Rather than fix ideas of carefully prescribed identity through representational media, Rhall's work opens up possibilities of agency and brokership through his readings of cultural and physical environments. 'Boundary (Border Country, Footscray)' is part of the 'Kulin Project' series, made in 2013, in which each work signals Kulin country of greater Melbourne. Together, the photographs form a map of sorts for the traditional country of the peoples comprising the Kulin Nation. The series forms a conversation across time, for at a more immediately visual level the photographs also map aspects of contemporary social life that occur in the spaces the artist has selected. So through this project, Rhall not only records country but also the disruptions, continuities and developments that have shaped it historically. He also asserts that Aboriginal people have always lived and continue to live on country. The lines and geometry physically dominating the pictorial space of 'Boundary (Border Country, Footscray)' recognise the site's historical but continued significance as a margin, a border, a place of transition - even if symbolically inscribed without knowledge of its Indigenous import. It is hard not to see the 'soft' aesthetic and stretched shadows that cross the lines as an imprint of historical figures. As well as this work, the Art and Heritage Collection holds Rhall's 'The biggest Aboriginal Artwork in Melbourne Metro'.