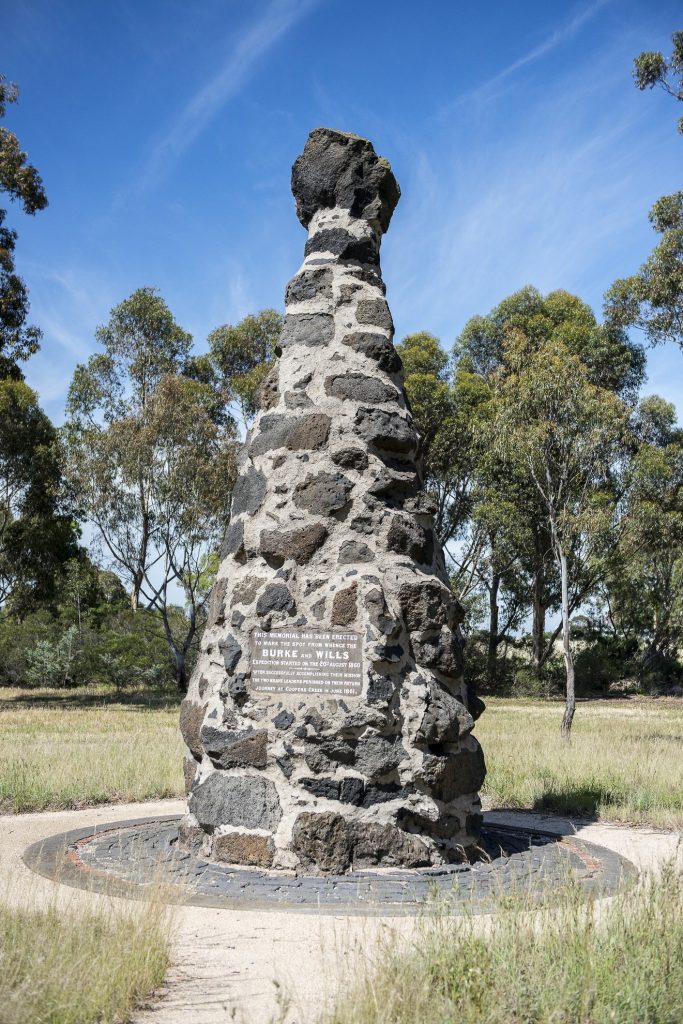 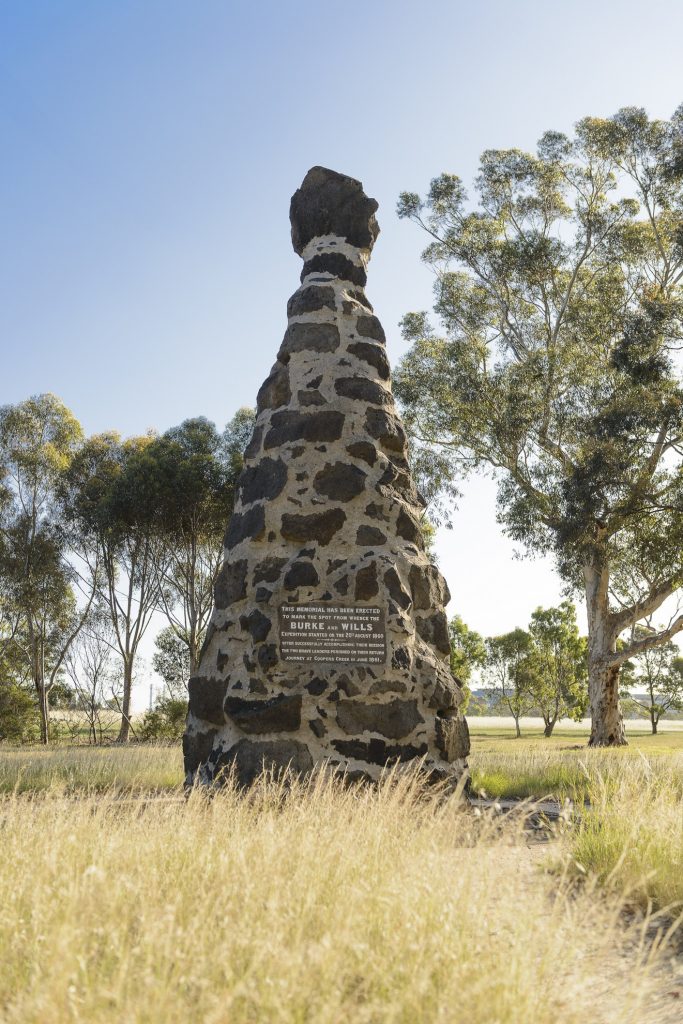 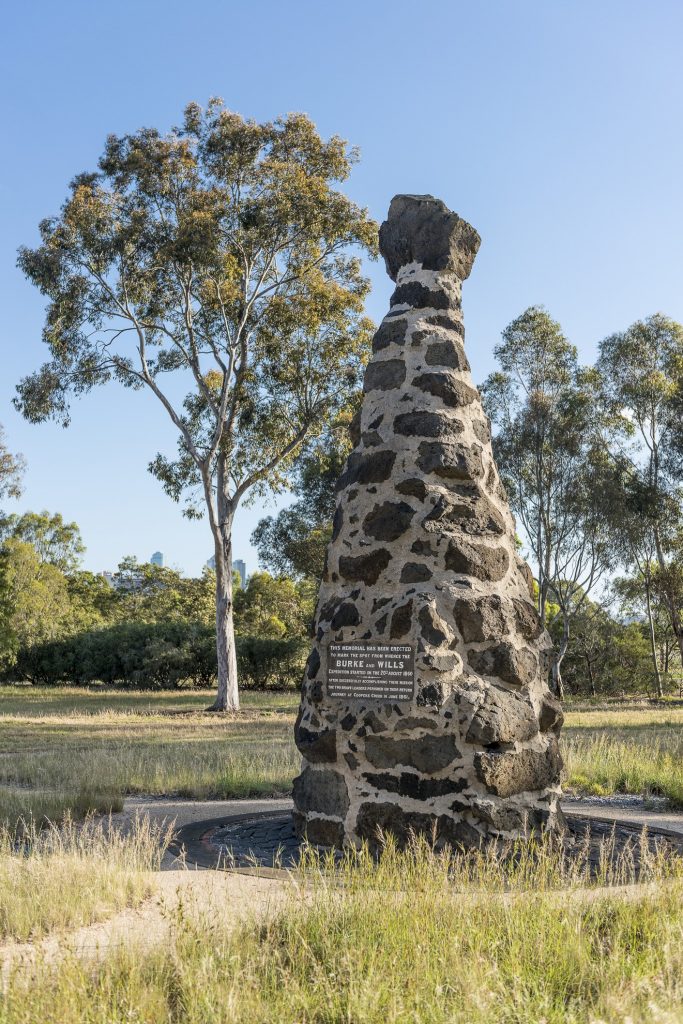 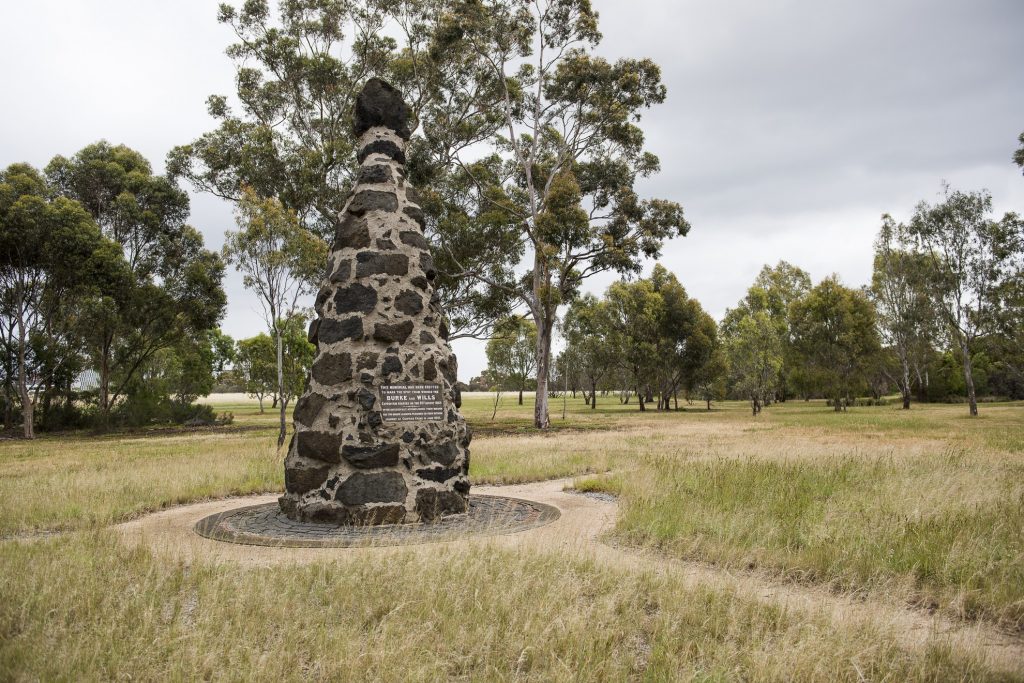 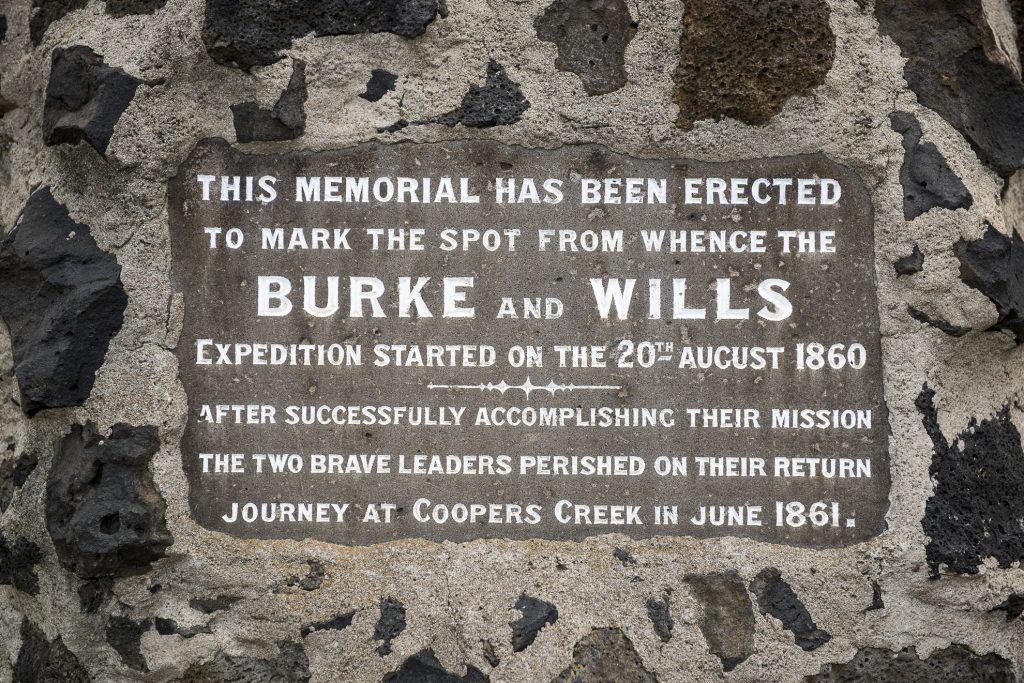 Plaque: ‘This memorial has been erected / to mark the spot from whence the / Burke and Wills / Expedition started on the 20th August 1860 / After successfully accomplishing their mission / the two brave leaders perished on their return / journey at Coopers Creek in June 1861.’

Location: Royal Park, cnr The Avenue and Macarthur Rd On 20 August 1860, some 15,000 Melburnians gathered at Royal Park to farewell the 18 members of the Victorian Exploring Expedition, led by Robert O’Hara Burke. This stone cairn marks the expedition’s departure point. Soon after the tragedy, a fence was placed around a tree near their departure point. In 1890, the fence was removed and this cairn was erected about 180 metres east of the tree.