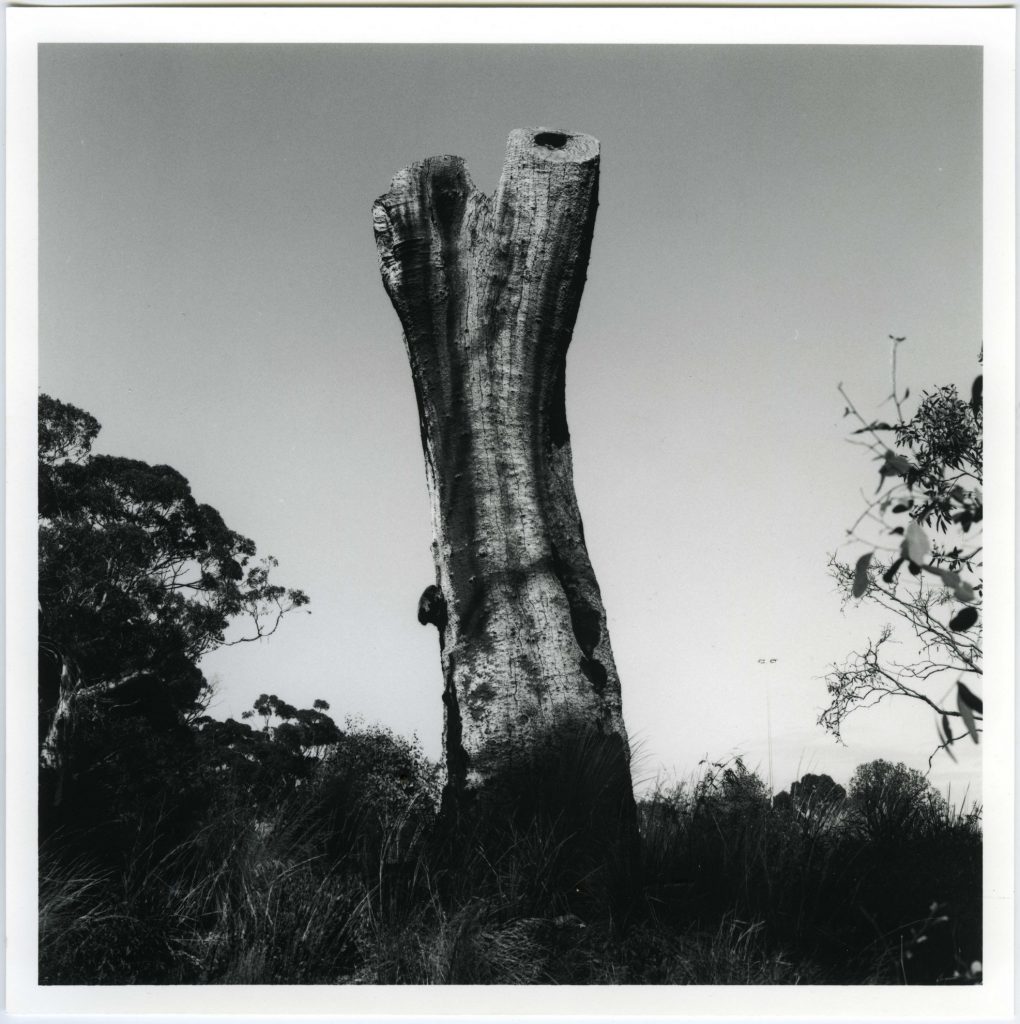 Burnley Park corroboree tree Near Burnley Oval, Richmond This photograph of a corroboree tree at Burnley Park recognises the tree's value as a place of ritual.Zoe Ali’s black-and-white photographic series ‘A New Jerusalem’ captures places of worship within the City of Melbourne boundaries, as well as several other hand-picked religious gems. A place of worship in the context of this series refers to such a place with a street frontage, as this is what Ali has recorded. Rather than provide a purely architectural shot of the structure within the fabric of the streetscape, Ali’s intention has been to capture the essence and distinctive qualities each place from the perspective of the passer-by. The images in the series record the physical expression of each place – its building materials, its formal features, its symbolic aspects, its quotidian elements in many cases, facets which together make it visually distinctive and eye-catching to passers-by. While people are absent from these photographs, the works nevertheless hint at the deeply human activities and interactions that occur behind the closed doors and inscrutable facades, activities that distinguish these sites as places of worship or communion. ‘A New Jerusalem’ was exhibited at the City Gallery from September 2010 to January 2011. The project was a collaboration between photographer Zoe Ali and writer Christos Tsiolkas, and the exhibition was curated by Andrew May. Zoe Ali’s visual meditations on Melbourne also can be seen in the works comprising the series ‘Songs of the City’, which are held in the collection.