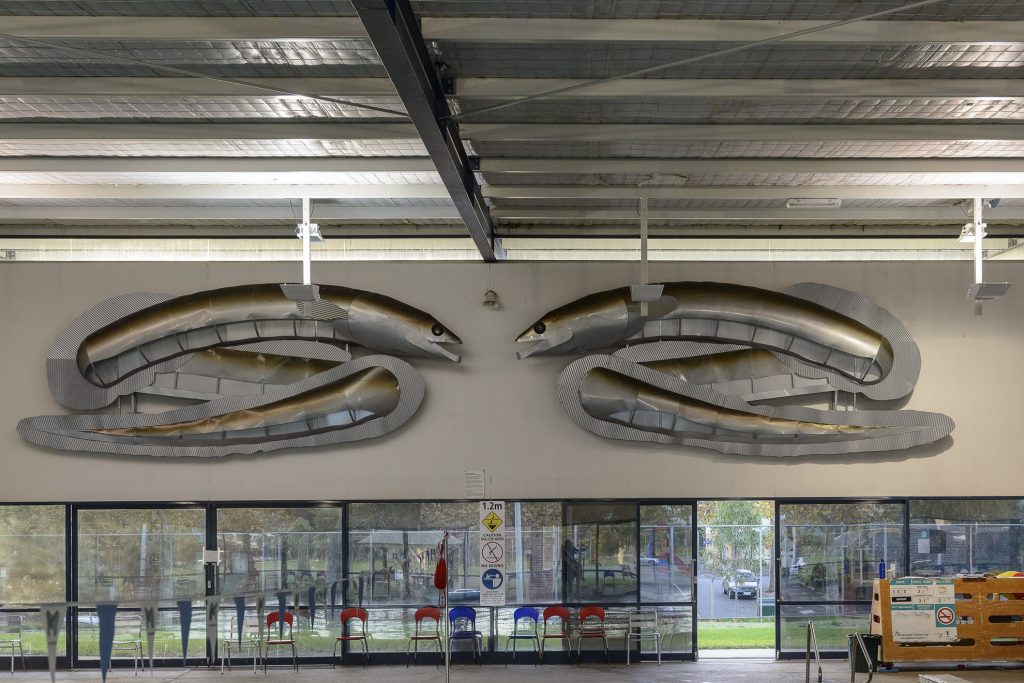 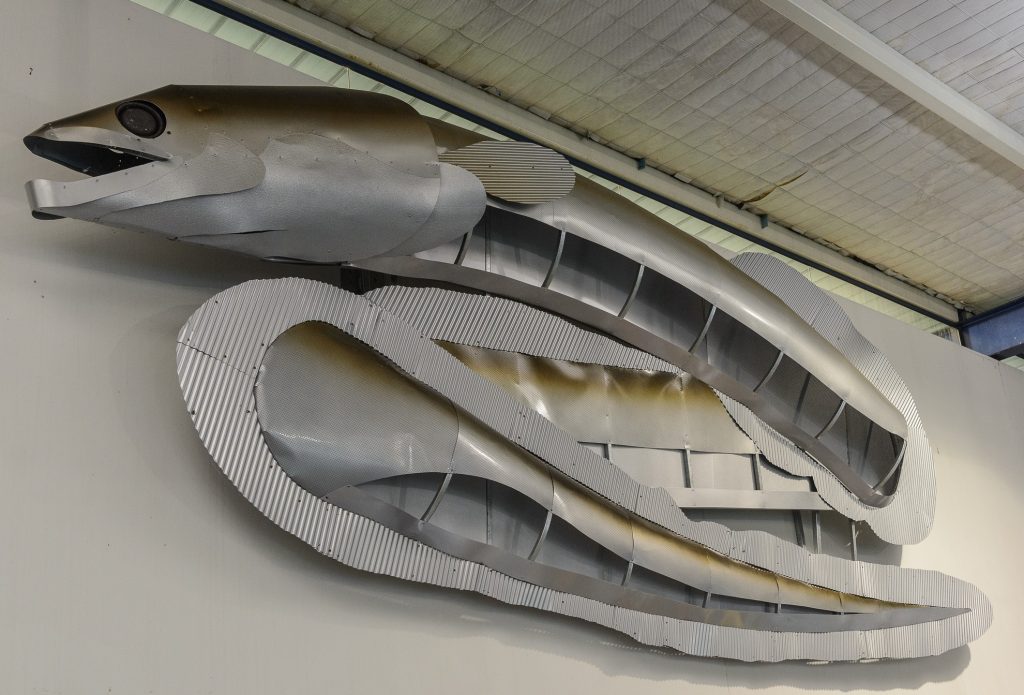 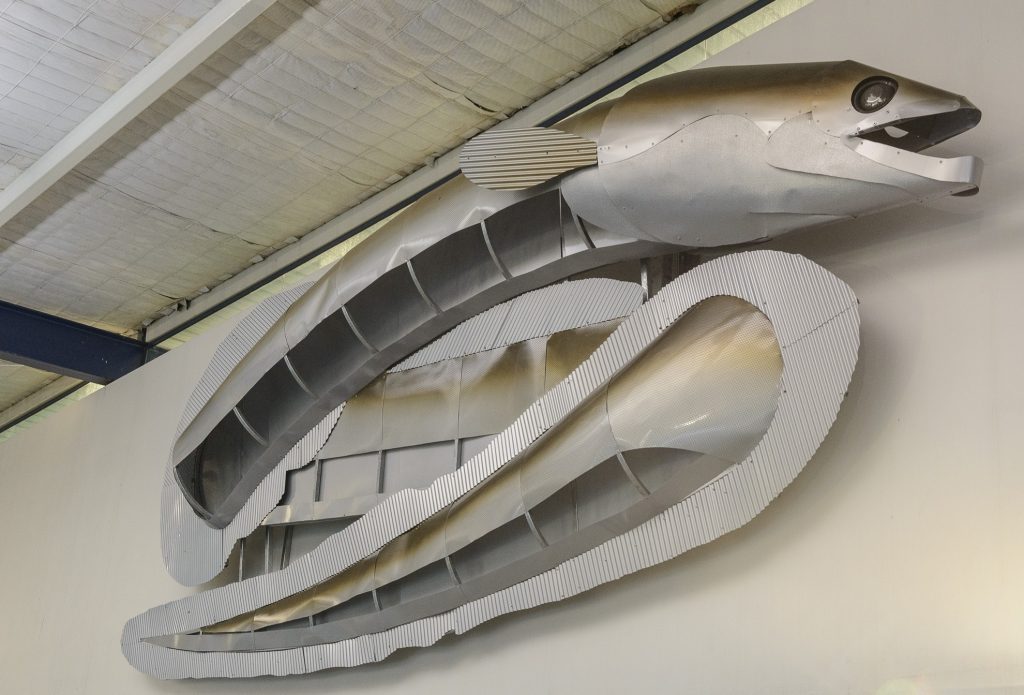 Location: Kensington Community Recreation Centre, cnr Kensington Road and Altona Street A series of 71 large artworks depicting fish was created for the opening ceremony of the 2006 Melbourne Commonwealth Games. Each representing a nation of the Commonwealth, the fish sculptures were sited along the centre of the Yarra River, where they remained for the duration of the Games. They were such a hit with the public that after the Games the sculptures were distributed to local governments and other not-for-profit bodies throughout Victoria. In early 2008, this component of the series was brought back into public life with its relocation to the Kensington Community Recreation Centre; here the two eels that comprise the work serve as mascots for the junior swimming squads. The four-metre eels are modelled on the Southern Shortfin Eel (Anguilla australis), a species native to the Yarra River so of special relevance to Melbourne. Originally the works formed the two sides of a single work.