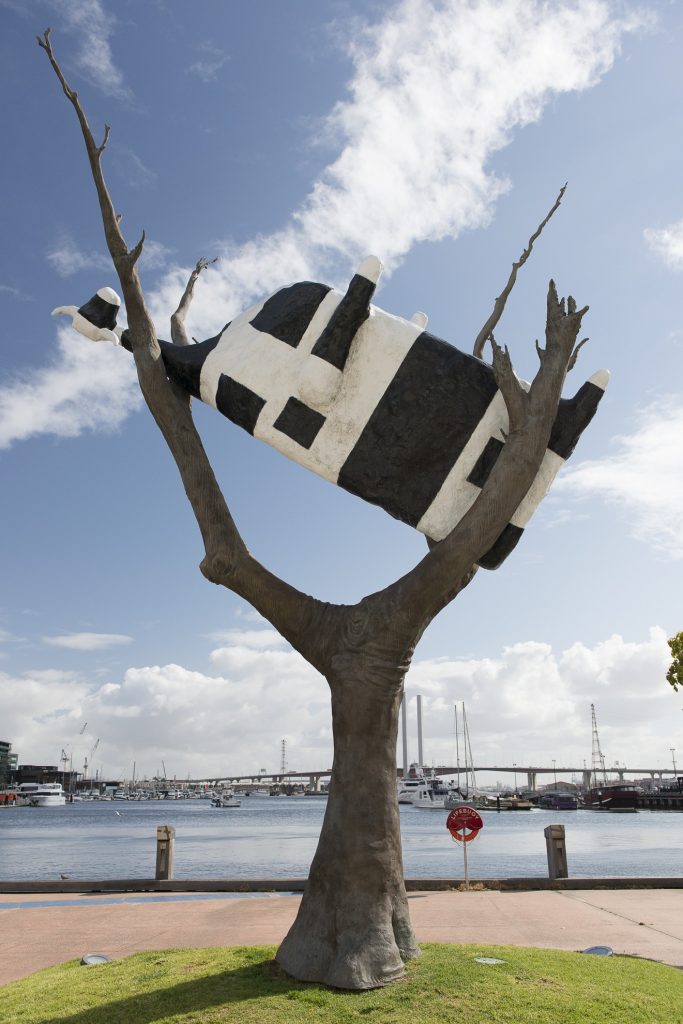 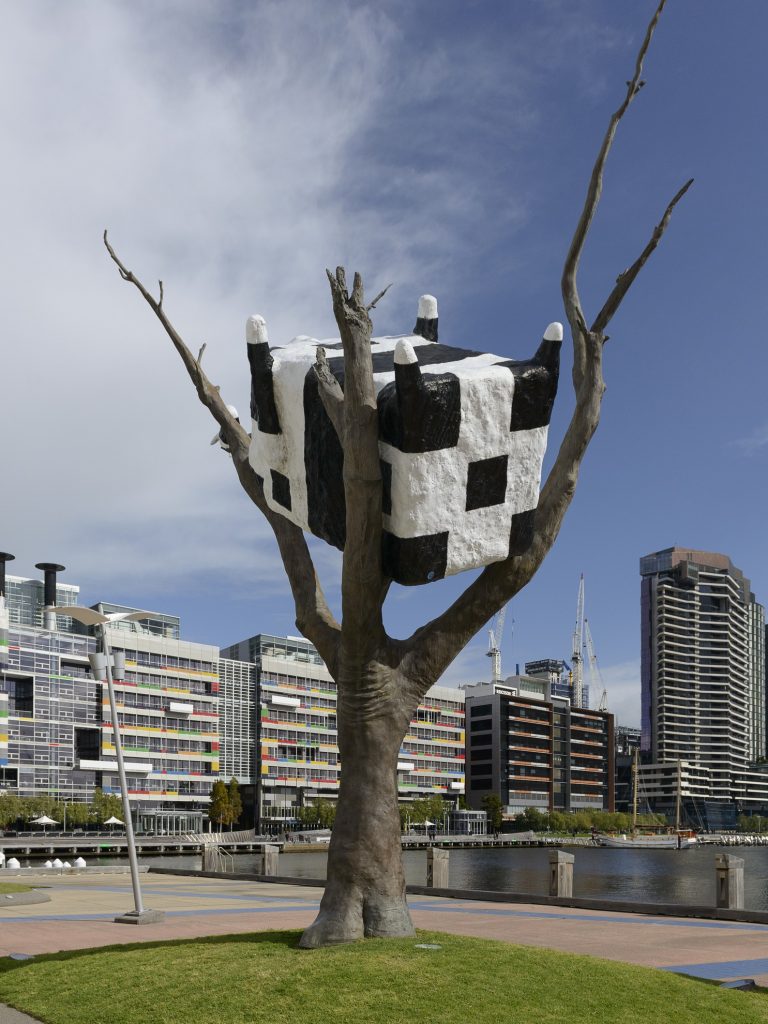 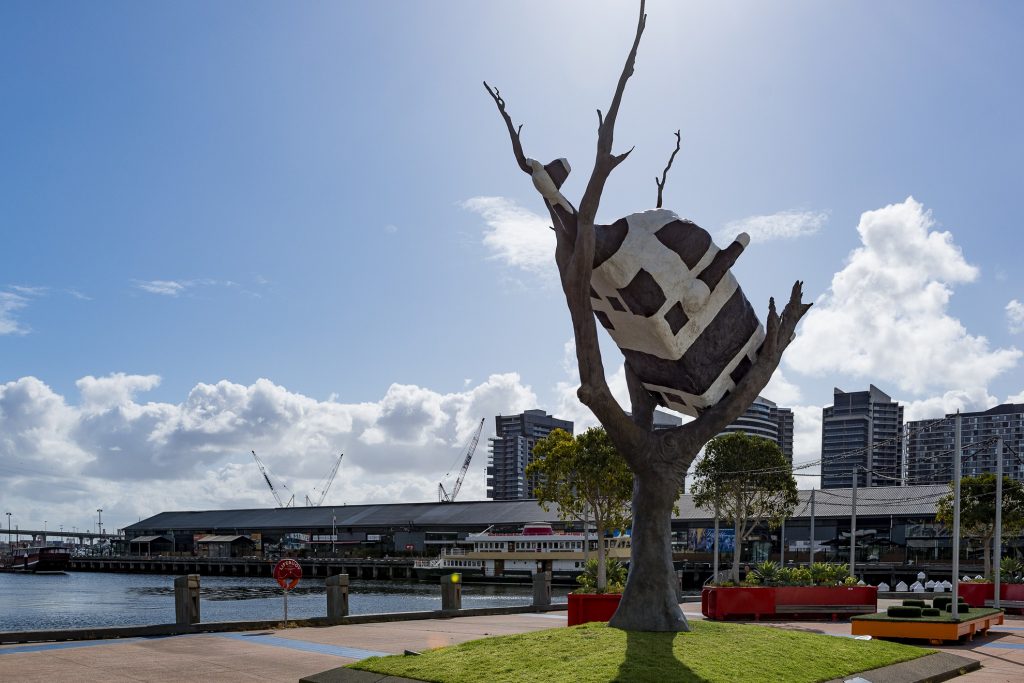 Cow Up a Tree

Location: Harbour Esplanade, Docklands. South of the Capital City Trail inbetween Central Pier One and Harbour Lights Landing. Kelly’s surreal sculpture on Harbour Esplanade, near the Telstra Dome, is cast in five tonnes of bronze and stands eight metres high. John Kelly’s 'Cow Up a Tree' at first seems something of a whimsical work, but the sculpture has its roots in serious historical events. The artist was inspired to create this work after seeing images of cows swept away during terrible flooding in Gippsland; when the floodwaters subsided the carcass of one cow was stranded high and dry in a tree. The work’s other inspiration was in Australian artist William Dobell. With the beast’s long neck and small head, 'Cow Up a Tree' is aesthetically linked to Dobell’s Archibald Prize-winning portrait of Joshua Smith, a painting enmeshed in an infamous court case during World War II in which ‘art’ was put on trial. But during the war Dobell worked in the area of camouflage, and one of his projects was to produce papier mâché cows to be placed on an airfield in the hope of foiling Japanese pilots. Kelly’s sculpture brings these stories together, pondering the fate of Dobell’s cows should the Gippsland flood have inundated the airfield.