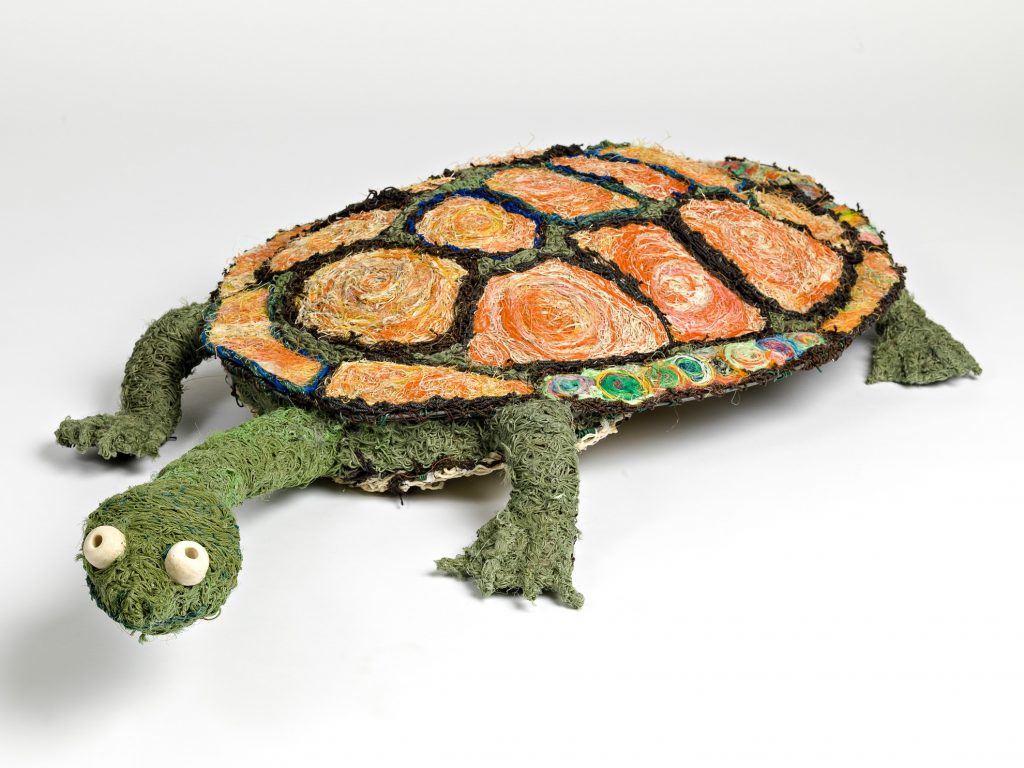 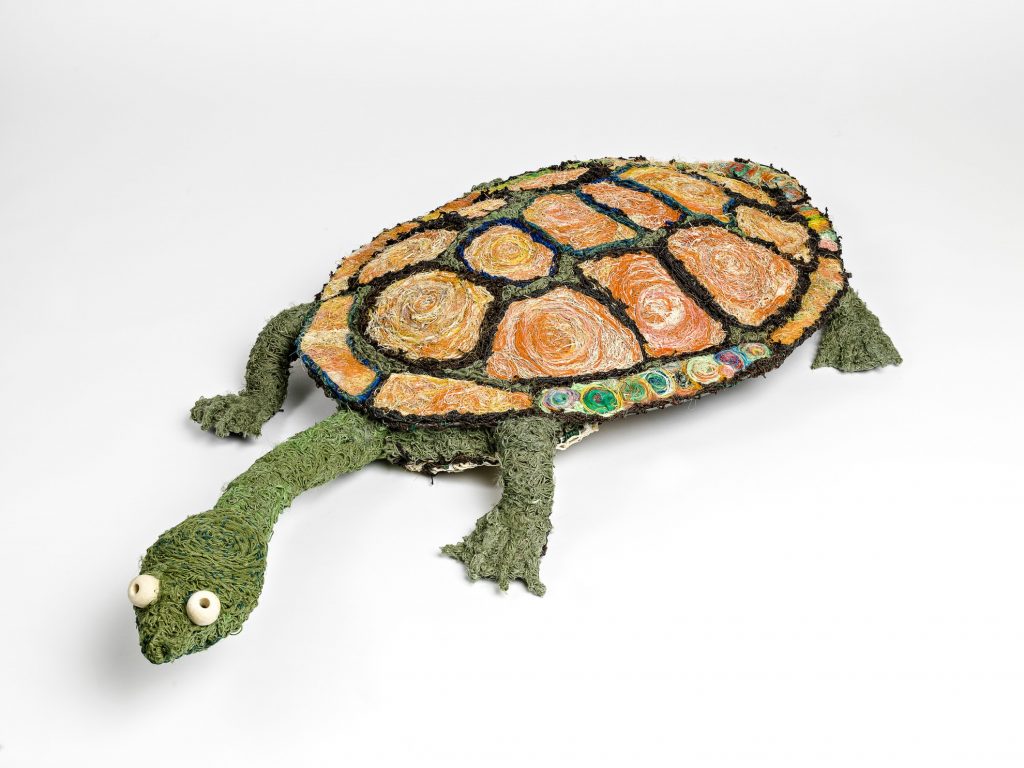 Large turtle made out of fishing nets, created in a two day Ghost Net Art Project workshop at Birrarung Marr as part of the Melbourne Indigenous Arts Festival in 2014 Ghost nets are fishing nets that have been abandoned at sea, lost accidentally or deliberately discarded. They travel the oceans of the world with the currents and tides, continually fishing as they progress through the waters. Because they are unattended and roaming they fish indiscriminately, not only catching threatened species but undersized and protected fish as well. The City of Melbourne invited the Ghost Net Art Project to run a two-day public workshop at the Melbourne Indigenous Arts Festival in February 2014. Ghost Net Art Project team's Sue Ryan and Greg Adams met up with Torres Strait artists Angela Torenbeek (Moa Island) and Georgia Curry and her daughter Kelly Beckley (Hammond Island) to run the workshop in a large marquee at Birrarung Marr. Sue Ryan, Program Director, Ghost Nets Australia