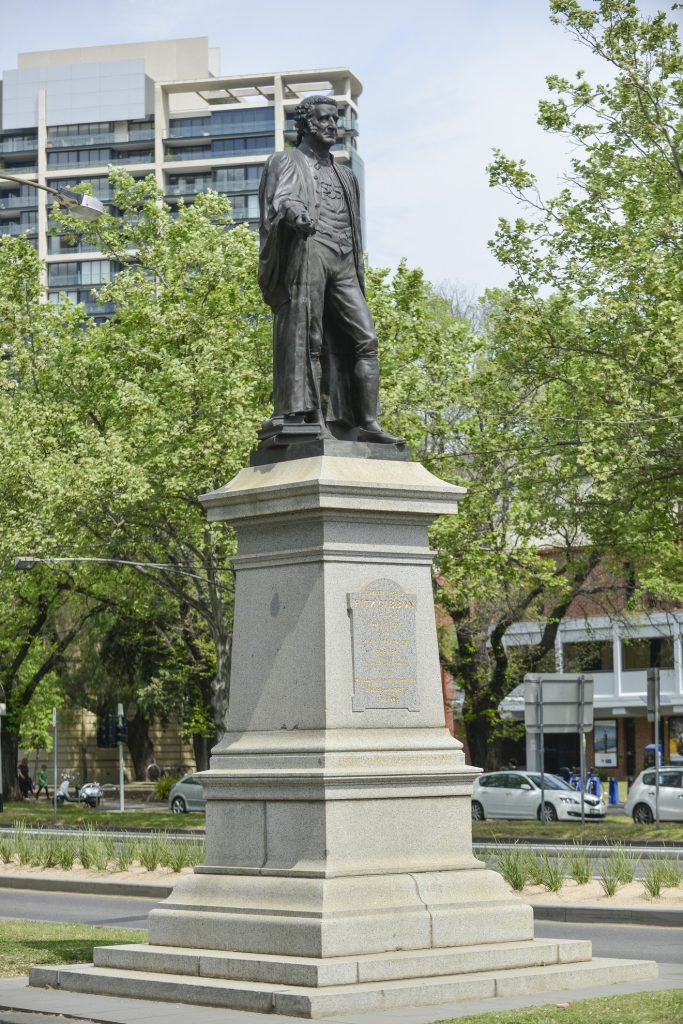 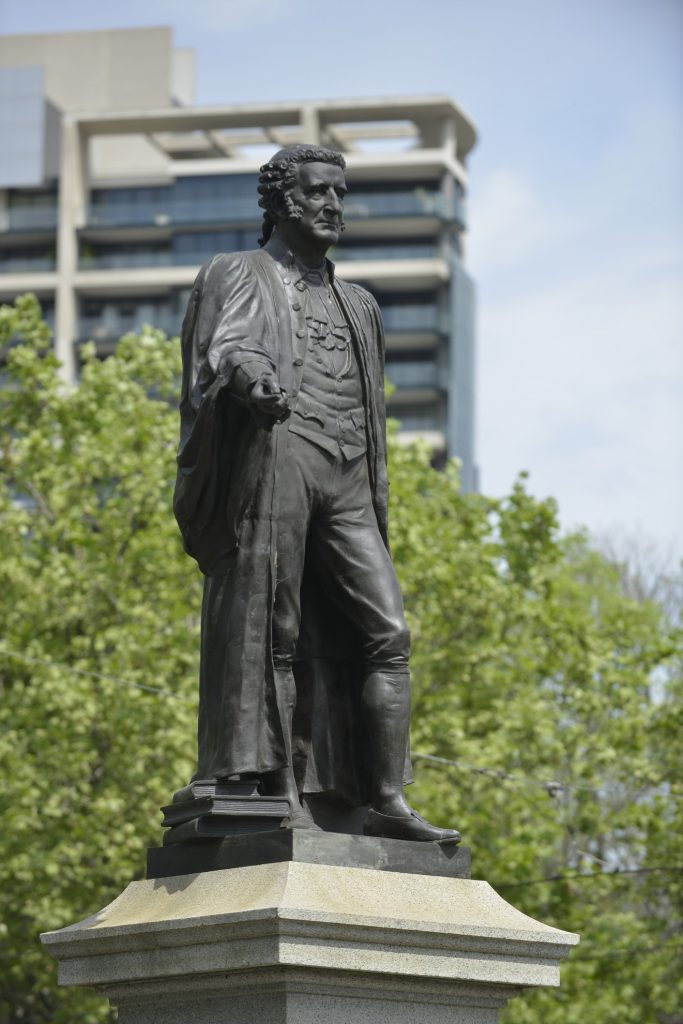 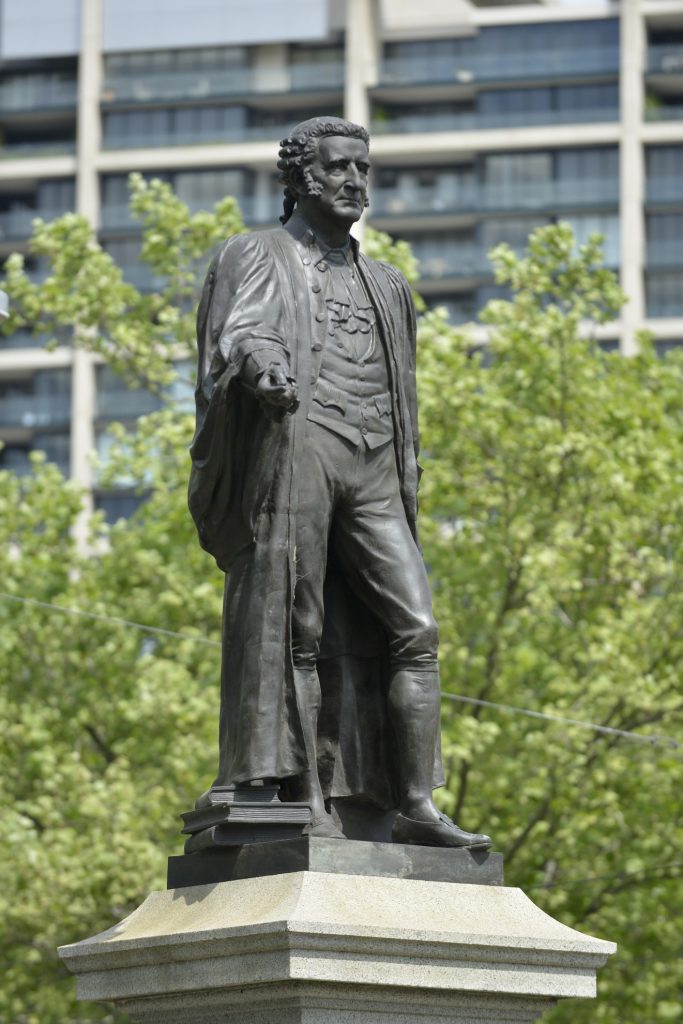 Location: cnr St Kilda Road and Linlithgow Ave James White trained as a sculptor in London before arriving in Sydney in 1884. In the early 1900s he was much in demand as a portraitist and bronze caster. His bronze statue of Edmund FitzGibbon on a Harcourt granite pedestal depicts his subject in a barrister’s gown and wig, in reference to his admission to the bar in 1860, which followed several years of study while maintaining his duties as town clerk. Edmund FitzGibbon was born in Ireland and worked as a clerk in London before immigrating to Australia in 1852. Four years later, he became Melbourne’s town clerk. FitzGibbon secured several parks and gardens for the city and was instrumental in introducing tram tracks. In 1891, he became the first chair of the Melbourne Metropolitan Board of Works. This memorial was funded by public subscription and unveiled in 1908. It originally stood at the southern end of Princes Bridge, but was relocated in 1971 due to construction of the underpass. In 1983, it was relocated to Spring Street, before five years later being placed in storage. In 2003, it was sited in its current position, chosen for its proximity to the original site.