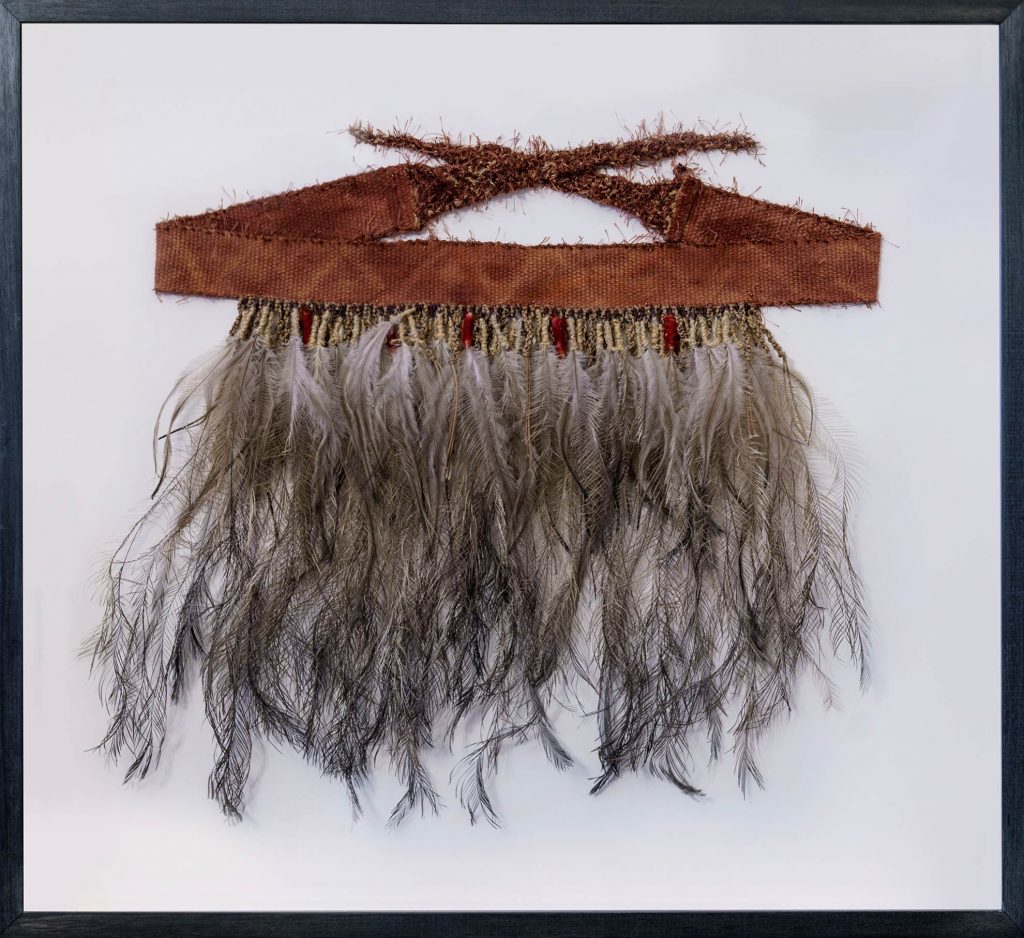 Lyn Thorpe is a Yorta Yorta woman and artist born in Echuca, Victoria. This work, made in 2007, represents contemporary revival of an Aboriginal cultural tradition, the practice of emu-feather skirt-making, these skirts worn by women and girls in ceremonial contexts. Traditionally, the skirts were made by fastening many bundles of emu feathers, held together with beeswax or resin, to a vegetable fibre, hair or kangaroo sinew 'belt'; some skirts were also decorated with ochre. In this well-crafted and delicate but strong example, Thorpe has attached the bundles of the soft grey emu feathers to leather. The work was shown in the exhibition 'An Incident in Swanston Street', curated by Paola Balla and held at the City Gallery between February and April 2012. Also a printmaker, Thorpe has depicted the emu-feather skirt in etched prints.