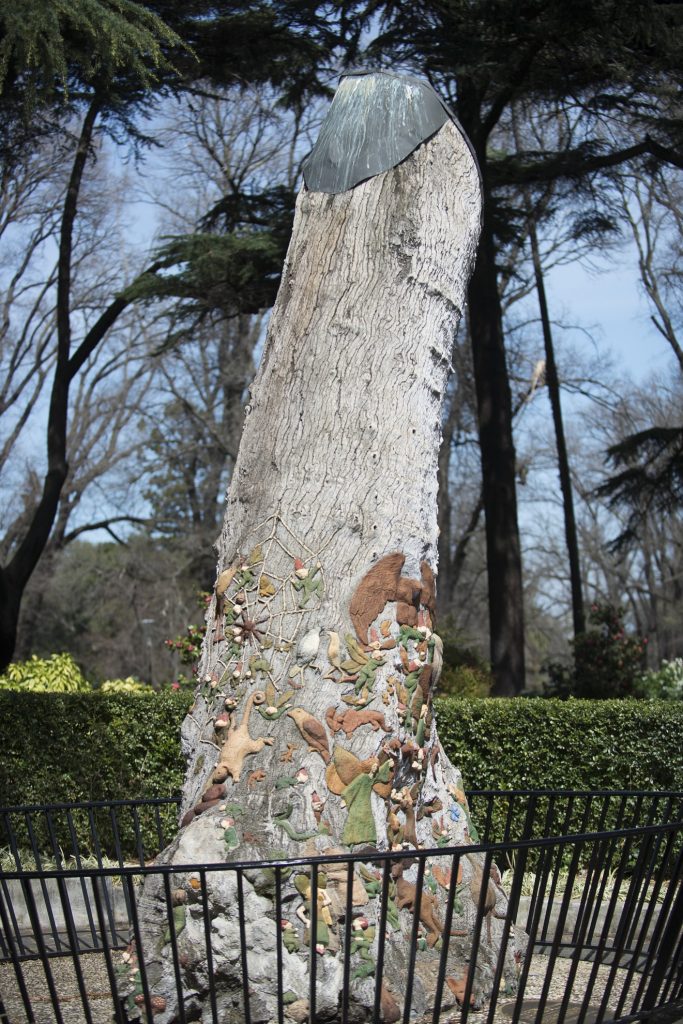 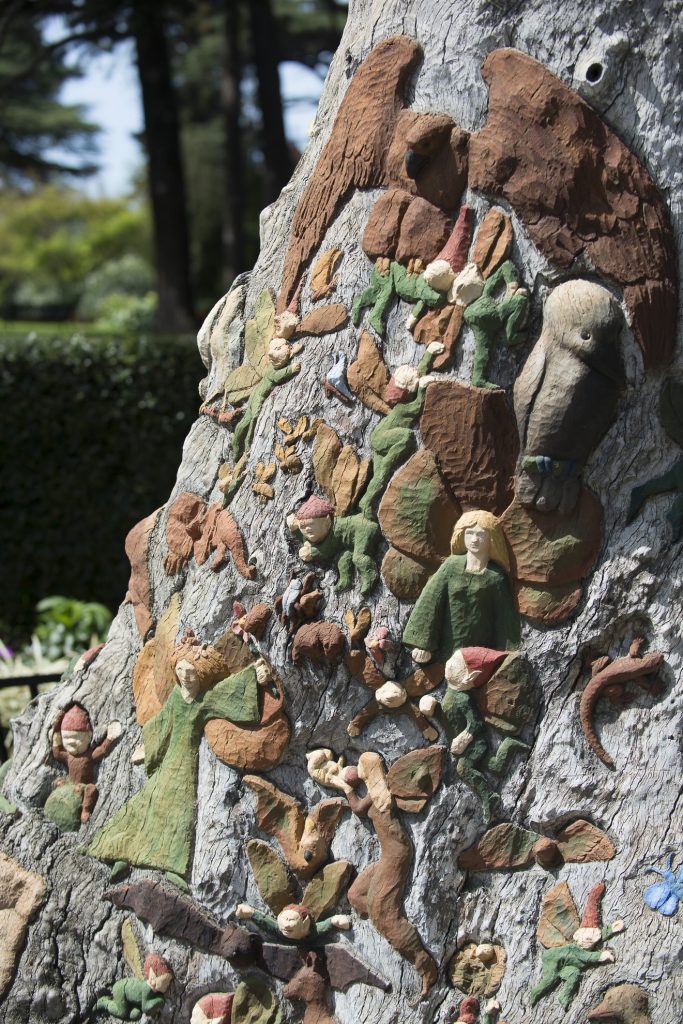 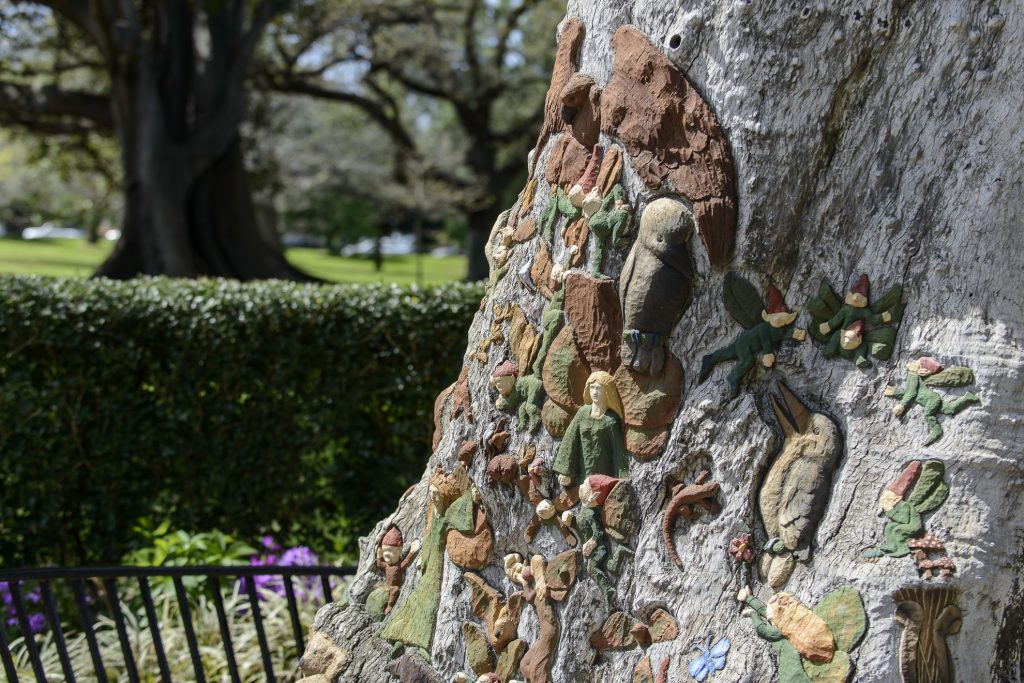 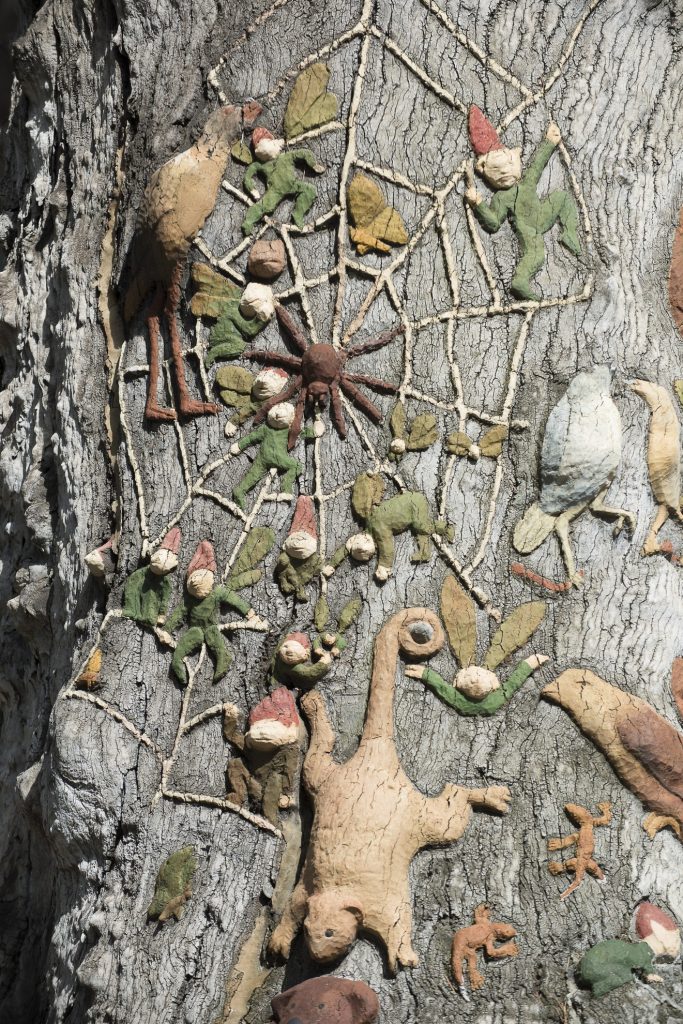 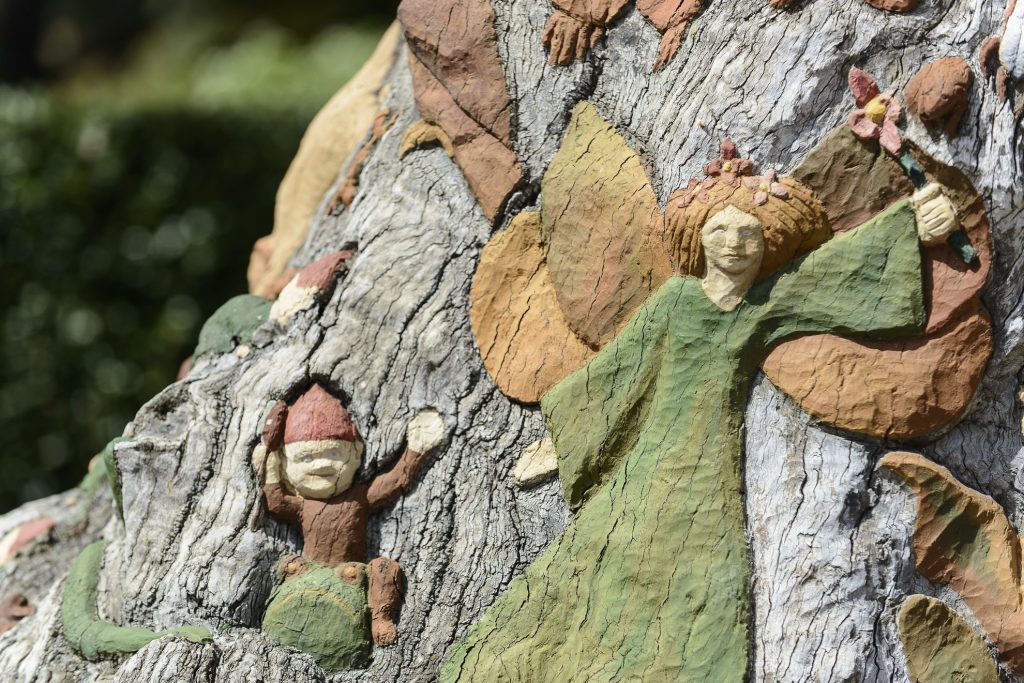 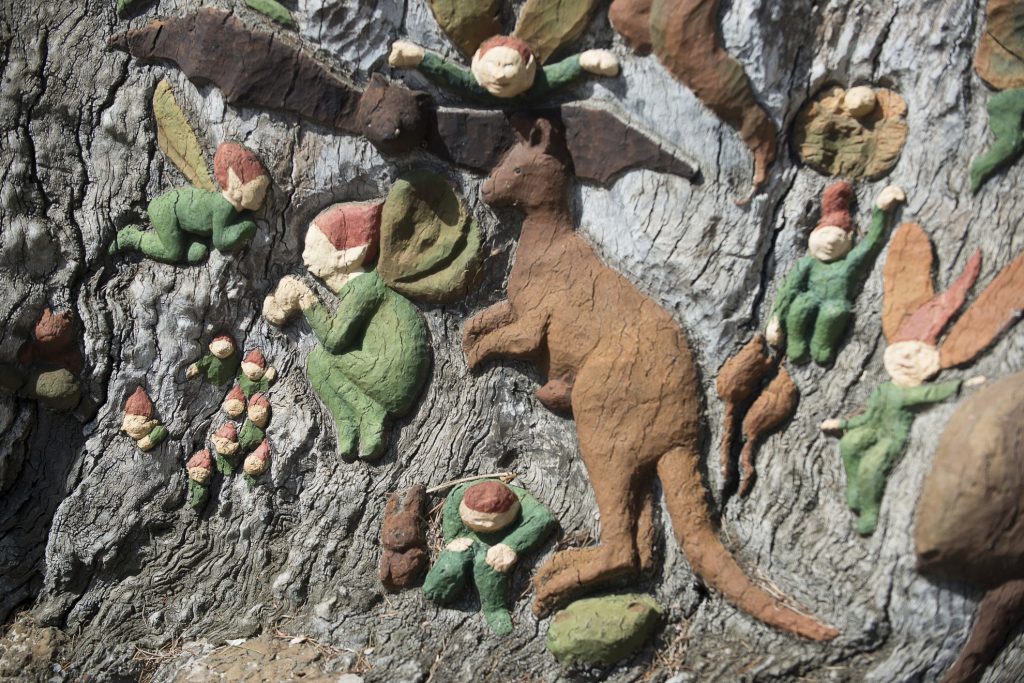 THE FAIRIES’ TREE / CARVED BY OLA COHN, MBE ARCA / FROM 1931-34 / A GIFT TO THE CHILDREN OF MELBOURNE / FOREWORD FROM HER BOOK “THE FAIRIES’ TREE” / "I HAVE CARVED IN A TREE IN THE FITZROY GARDENS FOR YOU / AND THE FAIRIES, BUT MOSTLY FOR THE FAIRIES AND THOSE / WHO BELIEVE IN THEM, FOR THEY WILL UNDERSTAND HOW / NECESSARY IT IS TO HAVE A FAIRY SANCTUARY - A PLACE / THAT IS SACRED AND SAFE AS A HOME SHOULD BE TO / ALL LIVING CREATURES." / THEREFORE I DEDICATE THIS BOOK TO CHILDREN AND FAIRIES / AS IT IS TO THEM I OWE MY INSPIRATION / OLA COHN / MELBOURNE / 23RD MAY, 1932

Location: Fitzroy Gardens Series of carvings on stump of one of the original red gum trees in Fitzroy Gardens - depicting fairies, dwarfs, gnomes, jackass and a variety of Australian animals and birds. Born in Bendigo in 1892, Ola Cohn excelled in art from an early age. She studied at Melbourne’s Swinburne Technical College before winning a scholarship to study under acclaimed sculptor Henry Moore at London’s Royal College of Art. Cohn exhibited widely in Britain and Europe before returning to Australia, where she established a studio in Collins Street in 1931. Cohn’s talent and skills were recognised with an OBE, which was awarded to her in 1965 for 'services rendered in the service of art, especially sculpture’. In undertaking the Fairies Tree, Cohn was inspired by Ivor Innes’ Elfin Oak, located in Kensington Gardens, London. Commencing work on the Fairies Tree in 1931, Cohn spent three years carving the ancient Red Gum. She suffered the discomfort of weather extremes, stings by mosquitos and bees – which had made the old tree stump their home – and repeated acts of vandalism on the work. Cohn worked in a fittingly organic fashion, using the trunk’s natural irregularities to inspire her myriad carvings of Australian and European fairies, dwarfs, gnomes, imps, goblins, elves and animals. Upon completion in May 1934, the tree was gifted to the city’s children. Cohn says she carved the tree ‘mostly for fairies and for those who believe in them’. In 1977, the trunk was extracted from the ground for chemical treatment and for the removal of rotten wood. Following treatment, it was mounted on a concrete base in an effort to preserve the work. It continues to get regular conservation treatment.