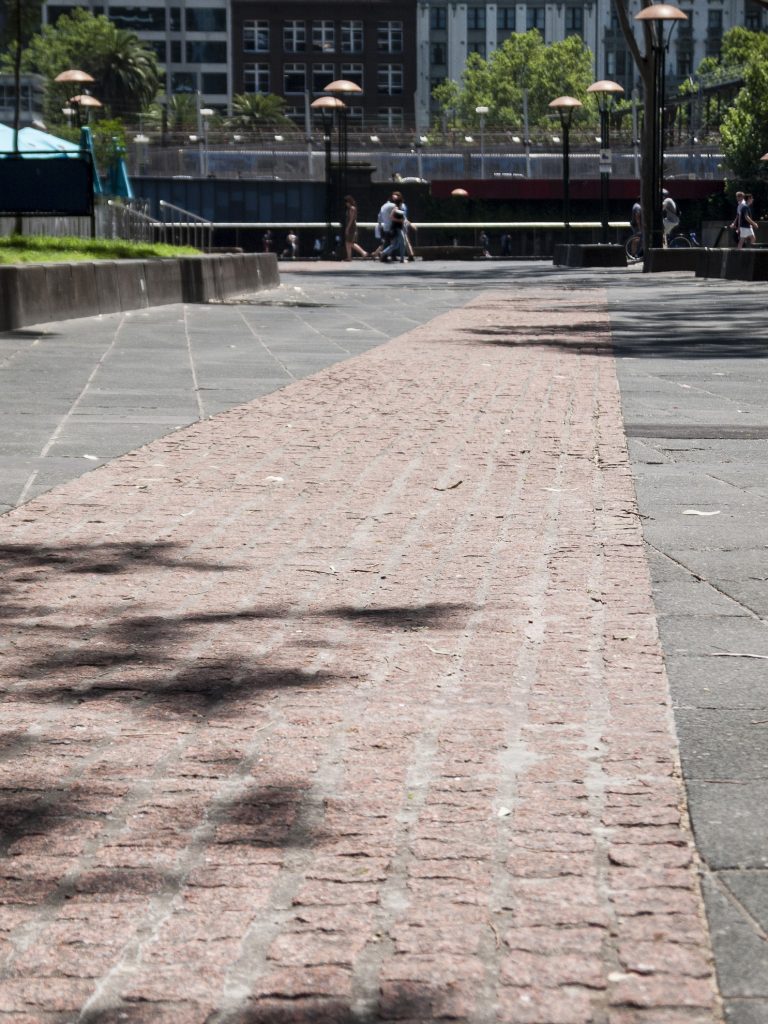 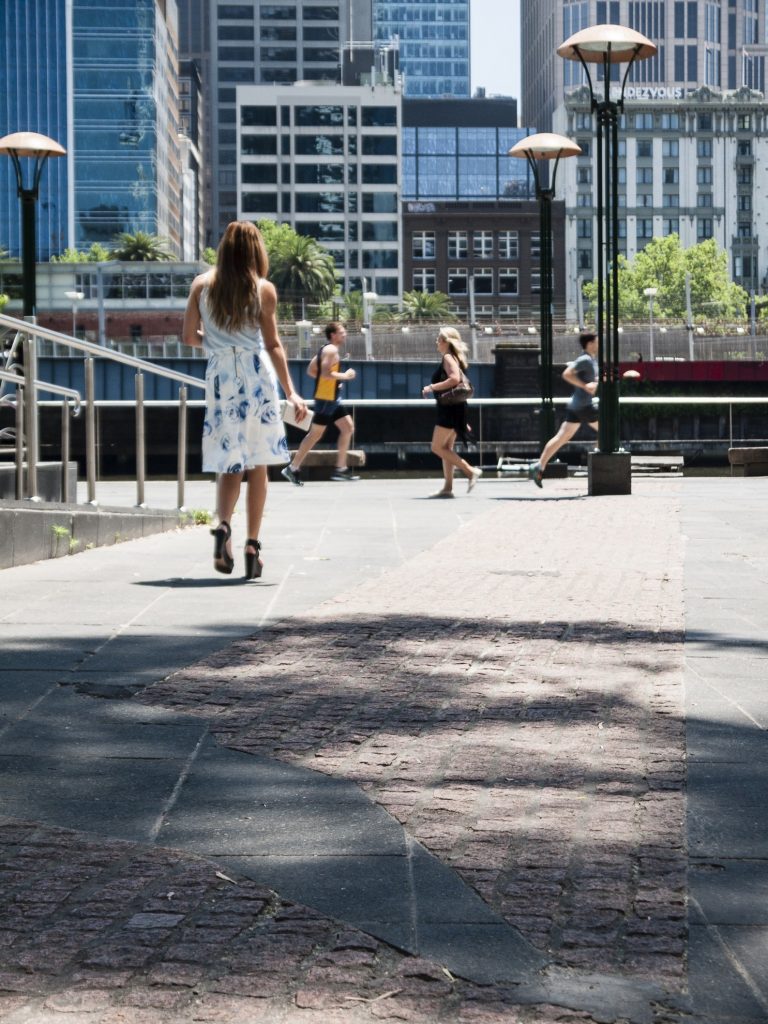 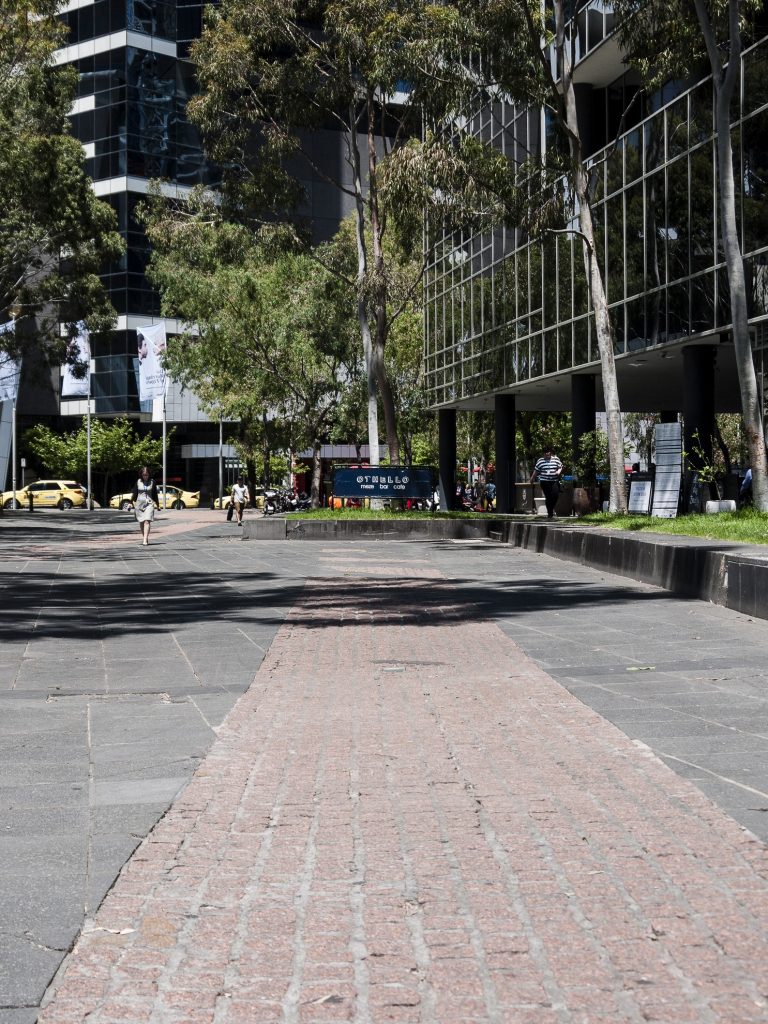 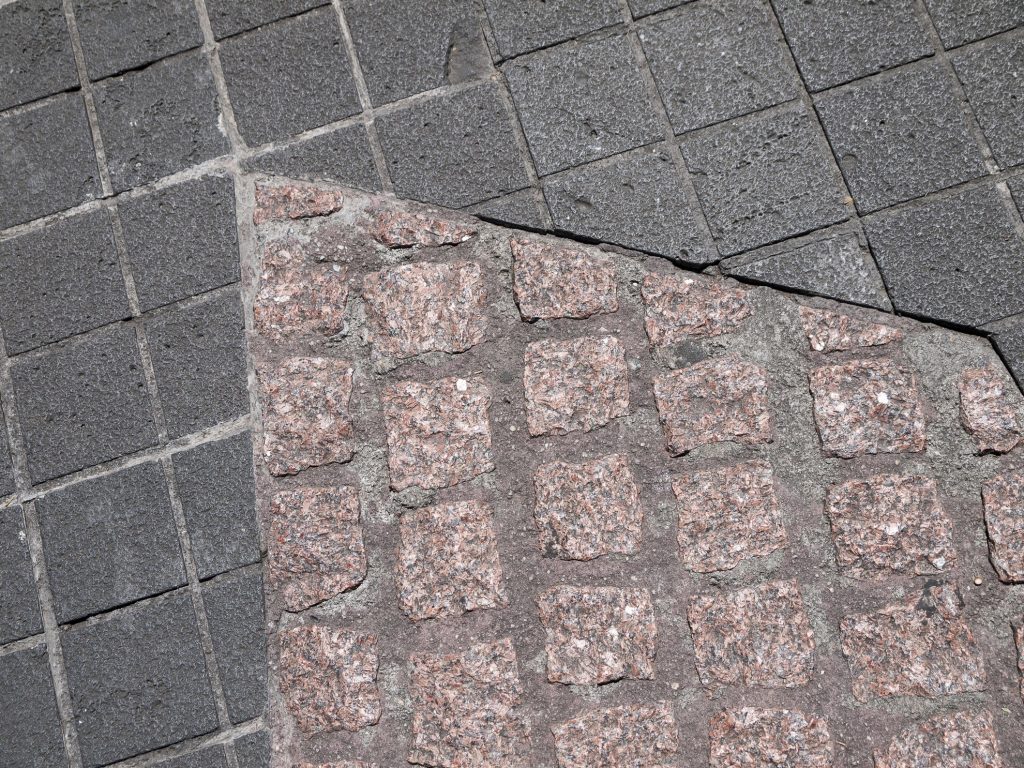 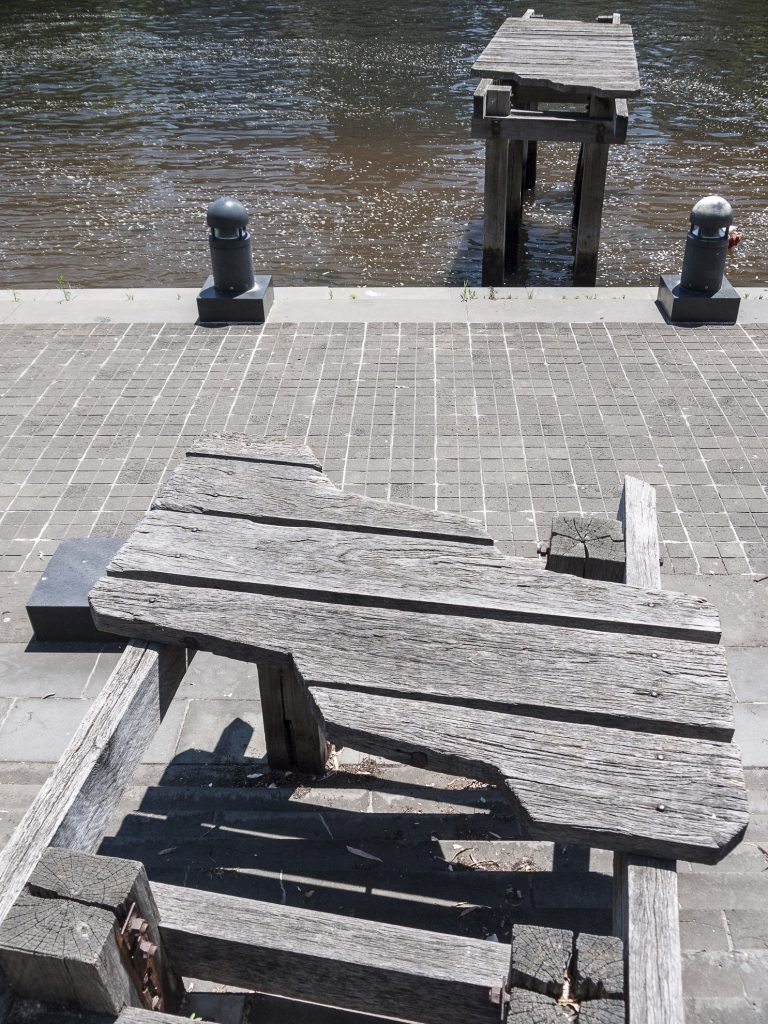 Location: Riverside Quay, Southbank Originally, Fault Line, created for its Southbank site, comprised a 70-metre granite path to the river’s edge, a derelict wooden jetty, a sandstone-veneer ‘ruin’ and two bronze half-figures and a rowboat. The sculpture reflected Hossein Valamanesh’s abiding interest in memory, destruction and survival. Fault Line was partially decommissioned in 2007. By then, the two figures had already been irreparably damaged and were removed, and the sandstone ‘ruin’ at the southern extremity had become impossible to maintain and keep safe. The regrettable decision was made to decommission these elements of the work, along with the bronze rowing boat and single oar that had not been stolen. In an effort to retain some presence of the ‘ruin’, a trace of its plan was made using the original sandstone. This memory trace is flush with the surrounding ground surface. The boat and remaining oar have been stored offsite. Unveiled 6 October 1996