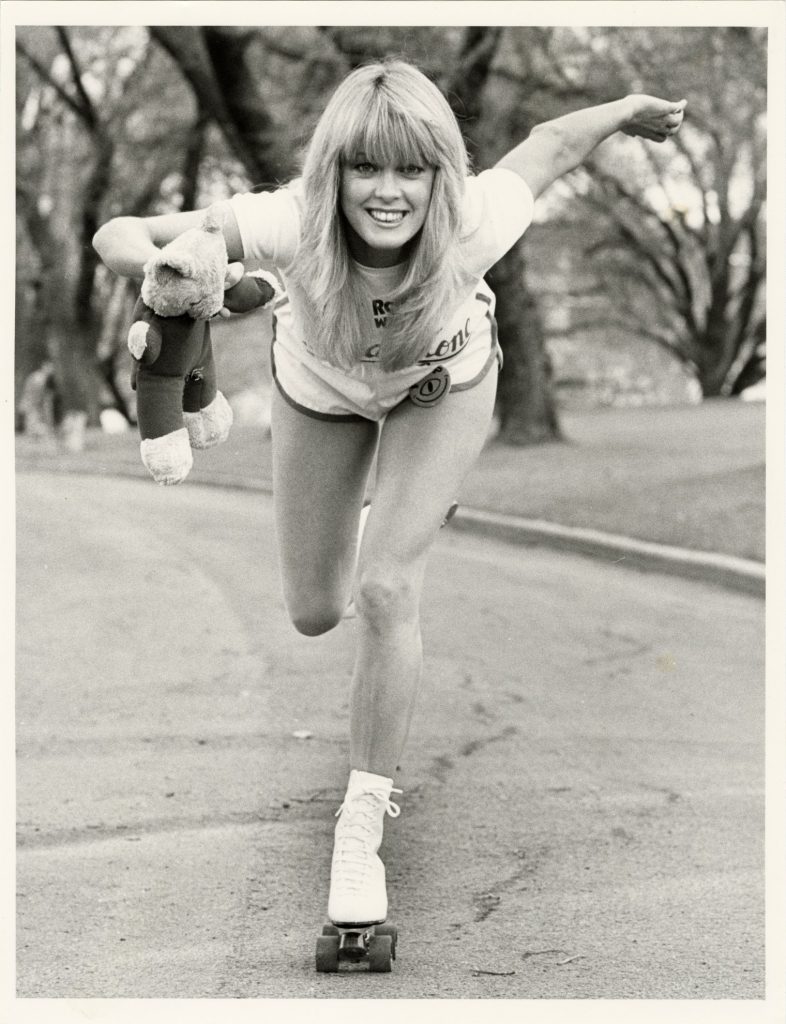 In 1972, Melburnians were introduced to the first program of Free Entertainment in the Park (FIEP), an initiative of the City of Melbourne’s Department of Parks, Gardens and Recreation. Less than 10 years after finding its place on the city’s calendar of summer events, it could boast being the world’s largest free public event, attracting a none-too-shabby 35,000 or so participants. Its name was changed to Free Entertainment in Public Places before the program ceased for a period in the late 1980s, and then was reborn as Summer Fun in the Parks in the 1990s. The suite of around 60 largely black-and-white photographs held in Art and Heritage Collection is nothing short of a sign of the times writ large in neon, with most images featuring scantily clad ‘FEIP girls’ with teddy bears striking ‘innocently’ suggestive poses. A few of the photographs feature performers of the period, such as bass player Dave Russell, comedian Hal Heikle and band Saltbush, as well as the then FEIP head, Bob Crawford. These photographs, the majority of which were taken in 1982, form a fascinating record of the period’s social mores and gender relations, and indicate the distance we have travelled since – which, from the perspective of the early 1980s, would probably be seen as headlong into prudishness.