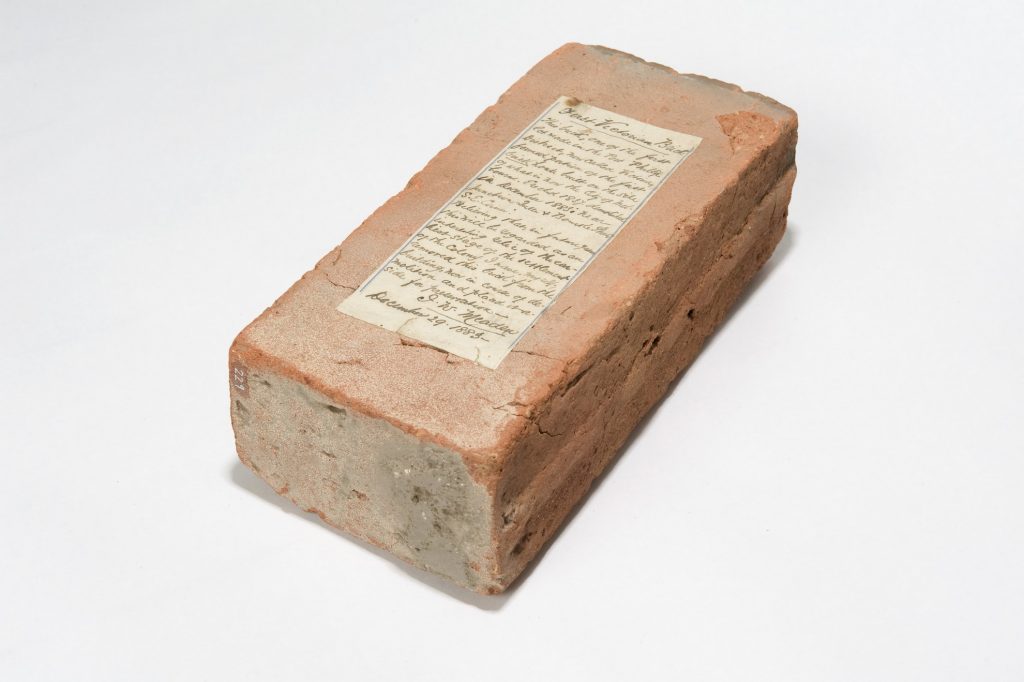 (On page adhered to brick) First Victorian Brick. This brick, one of the first lot made in the Port Phillip District, now called Victoria, formed portion of the first brick house built on site of what is now the City of Melbourne. Erected 1837, demolished in December 1883. Near junction Queen and Bourke Street S.E. Corner. Believing that, in future years this will be regarded as an interesting relic of the earliest stage of the settlement of the Colony. I have, myself, removed this brick from the building, now in course of demolition and placed it aside for preservation. J.W. Meaden December 29 1883

Annotated by J.W. Meaden in 1883, this is one of the first bricks made in the Port Phillip District. Information gained from a member of the public at a later date indicates the brick is from the building that was pulled down in April–May 1884 rather than in 1883.