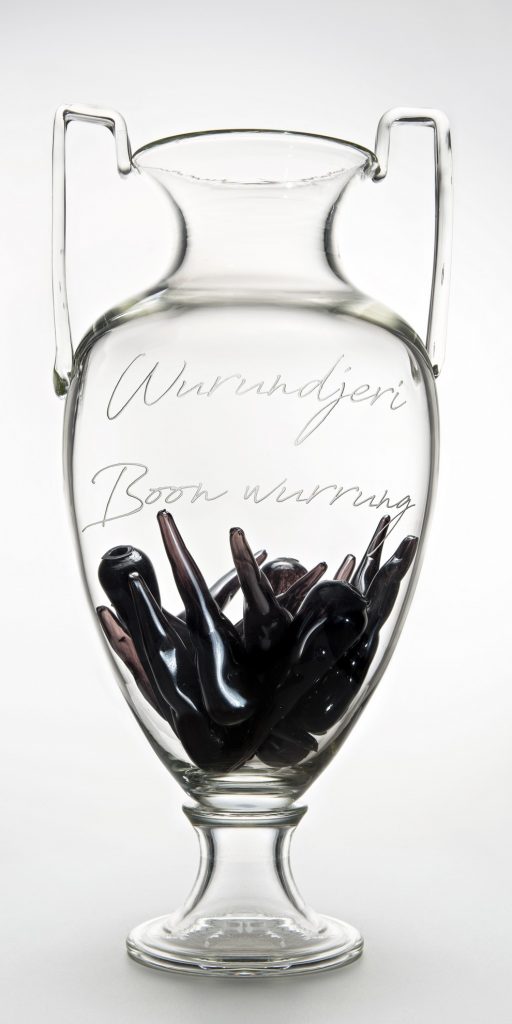 Yhonnie Scarce, who belongs to the Kokatha and Nukunu peoples, majored in glass at the South Australian School of Art and completed a Master of Fine Art (Research) at Monash University in 2010. She is one of the first contemporary Australian artists to explore the political and aesthetic power of glass, describing her work as ‘politically motivated and emotionally driven’. Scarce’s work often references the ongoing effects of colonisation on Aboriginal people. In particular, her research has explored the impact of the removal and relocation of Aboriginal people from their homelands, and the forcible removal of Aboriginal children from their families. Her work has been acquired by multiple major state collections. In August 2018, Scarce won the Shepparton Art Museum’s 2018 Indigenous Ceramic Award with her porcelain and glass work Servant and Slave, 2018.