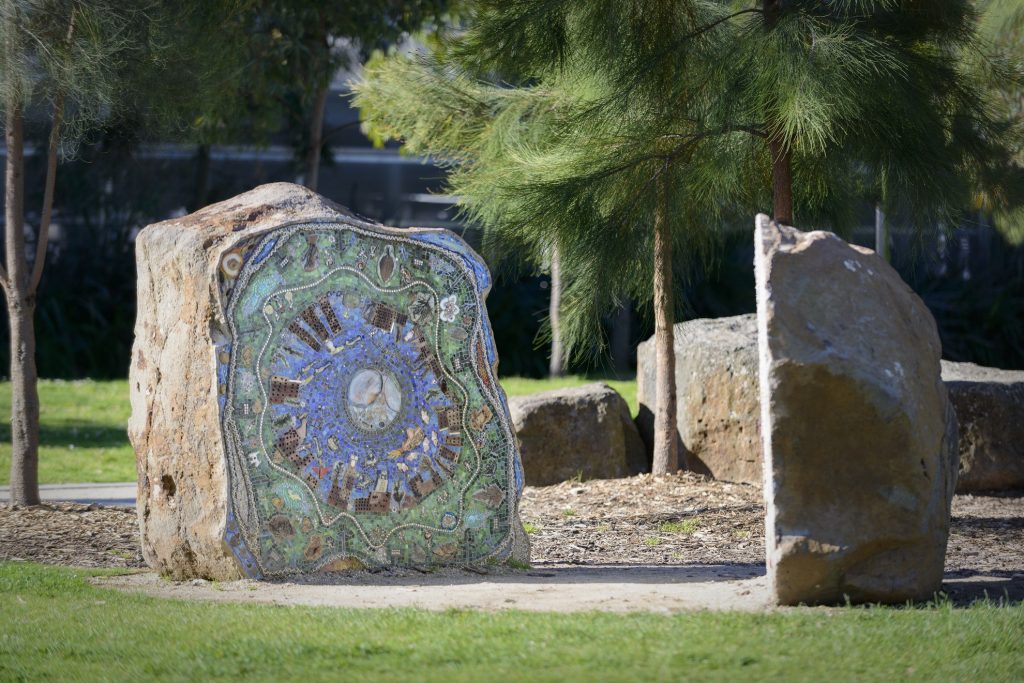 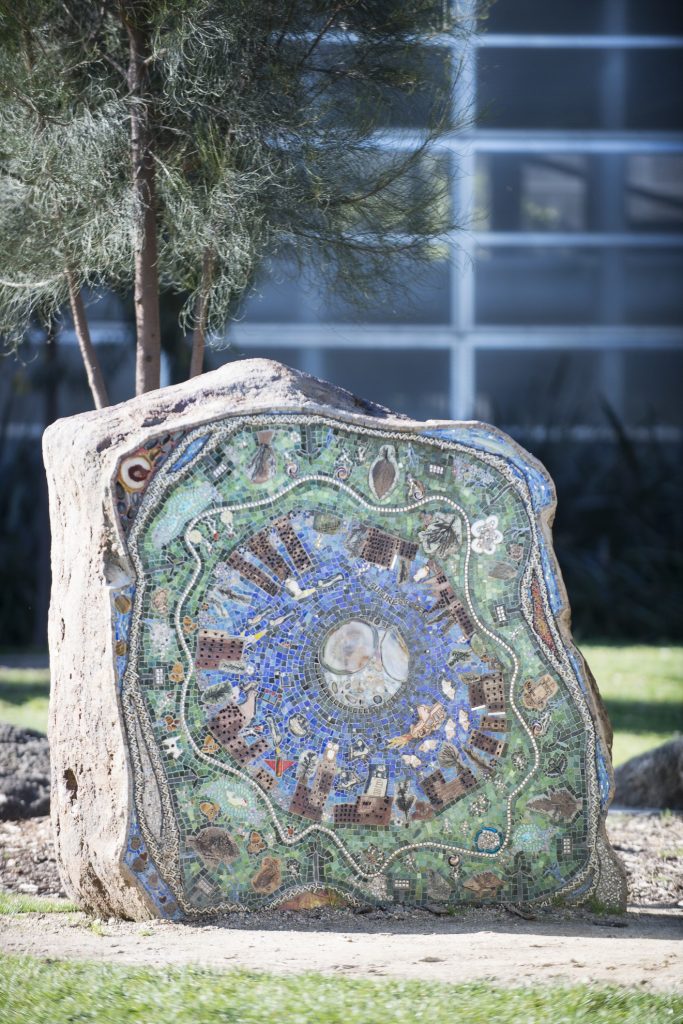 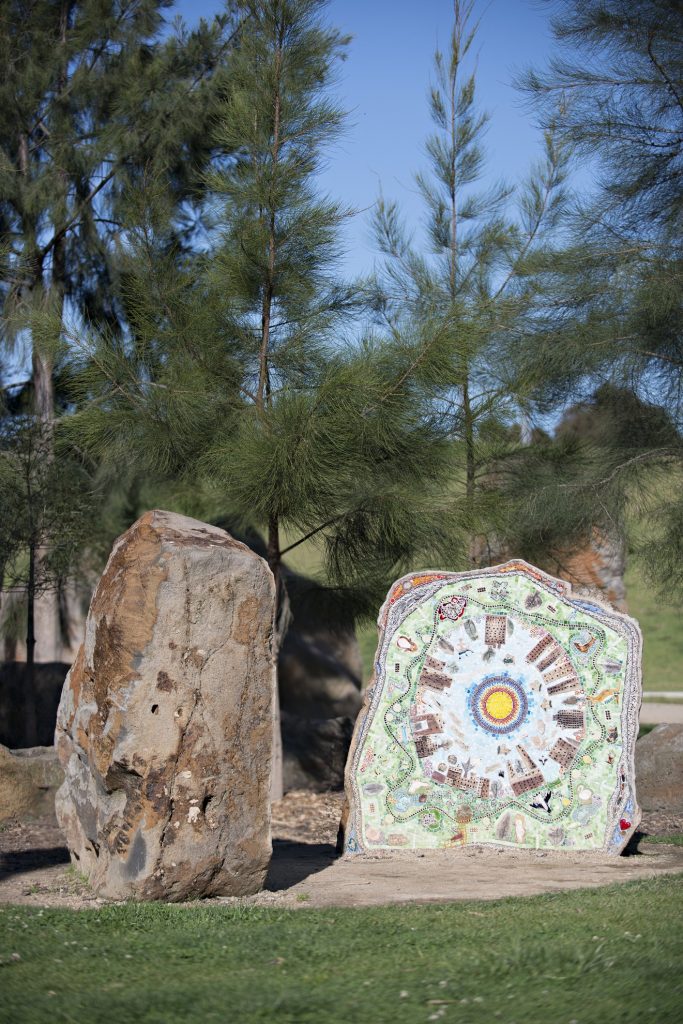 BODYCOMB, Helen (and the children at ArtPlay)

BODYCOMB, Helen (and the children at ArtPlay)

Location: Backyard at ArtPlay, Birrarung Marr ArtPlay developed its ‘Backyard’ area over a number of years – consulting with children and families regarding both the physical environment and the programming for Backyard. As part of this process, children worked with artist Ann Ferguson to make ceramic tiles in the shape of trees and buildings, later incorporated into a new project titled 'Futurescape'. The Bank of Melbourne then supported the project 'Futurescape', with Helen Bodycomb, a collaborative mosaic work that would be created on the ‘planes’ of a giant split rock. The project involved eight sessions in which children developed the ideas for and drew pictures of a future Melbourne. Together with the artist, the children then made some of the elements they had drawn using mosaics and helped to lay them out. Approximately 80 children were involved. Bodycomb completed the work in her studio in Castlemaine. This project exemplifies ArtPlay's work of bringing children and professional artists together to work artistic projects, the children making a genuine contribution to the work created.