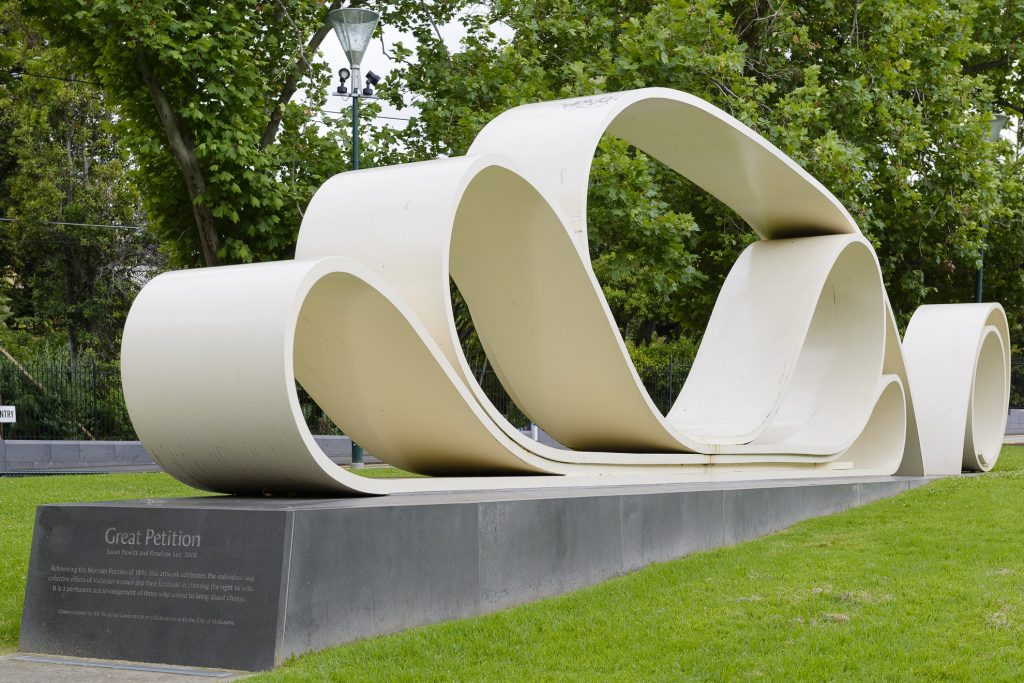 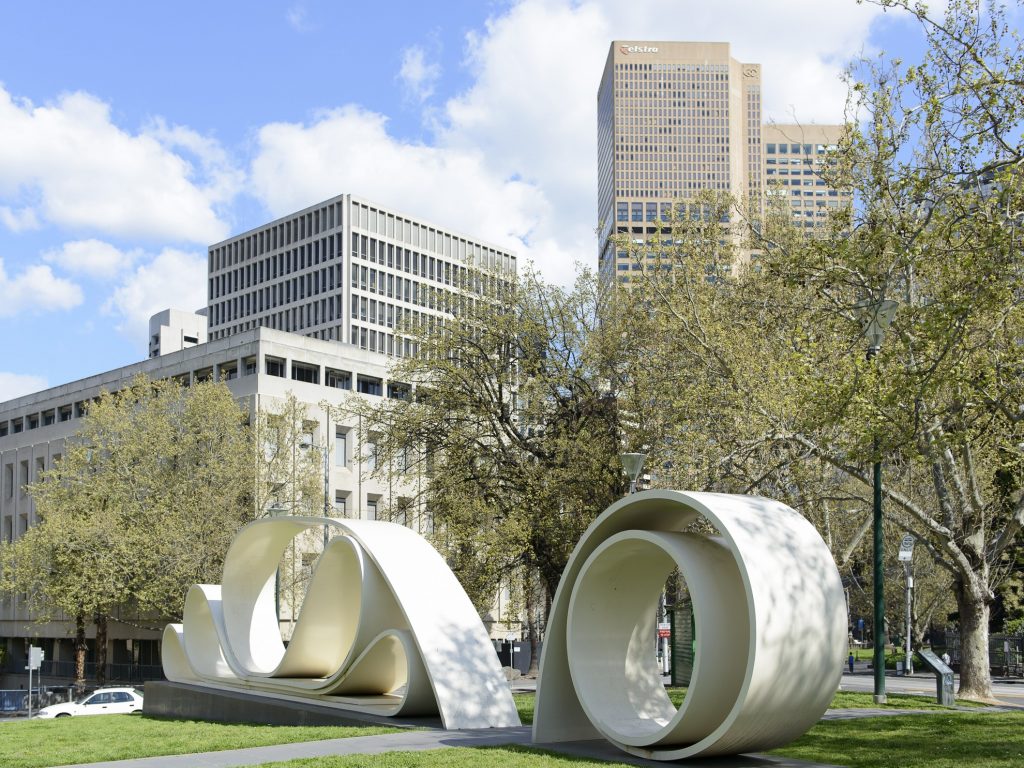 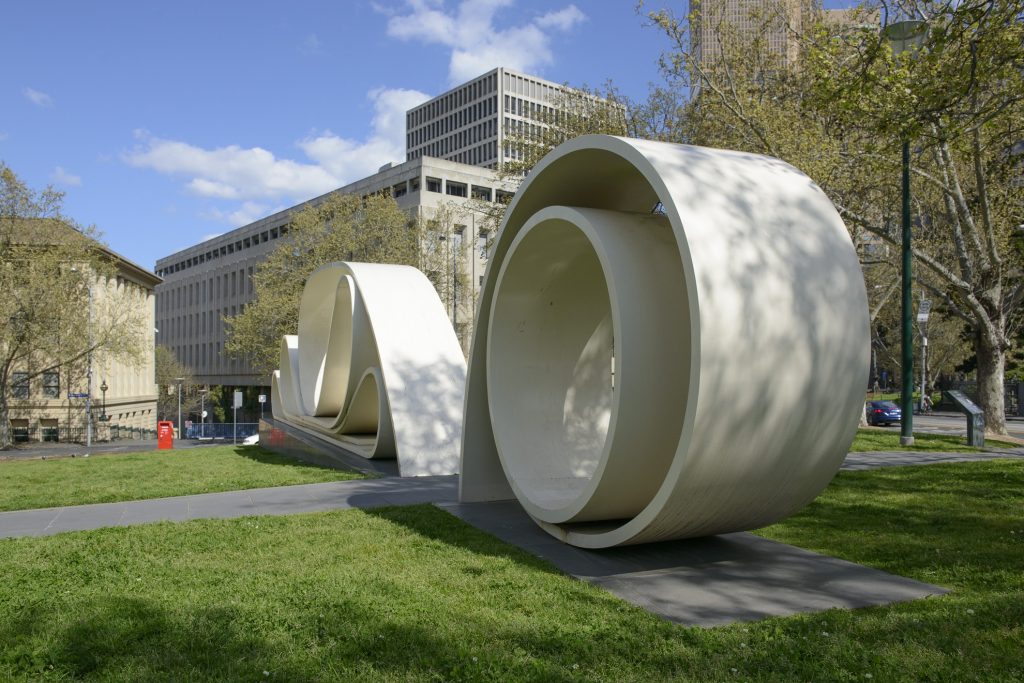 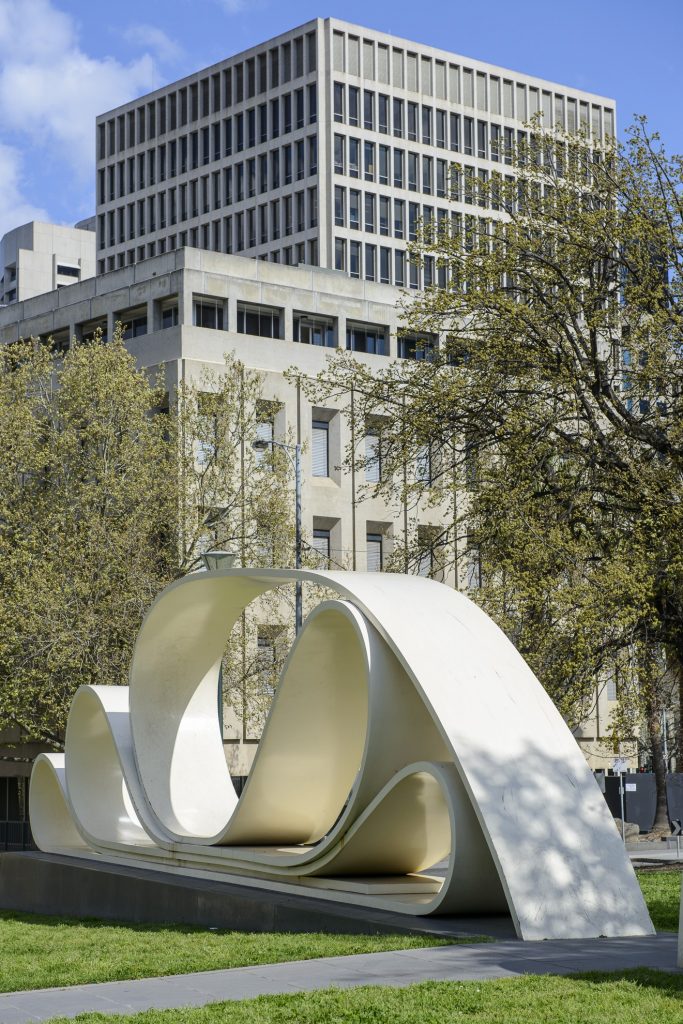 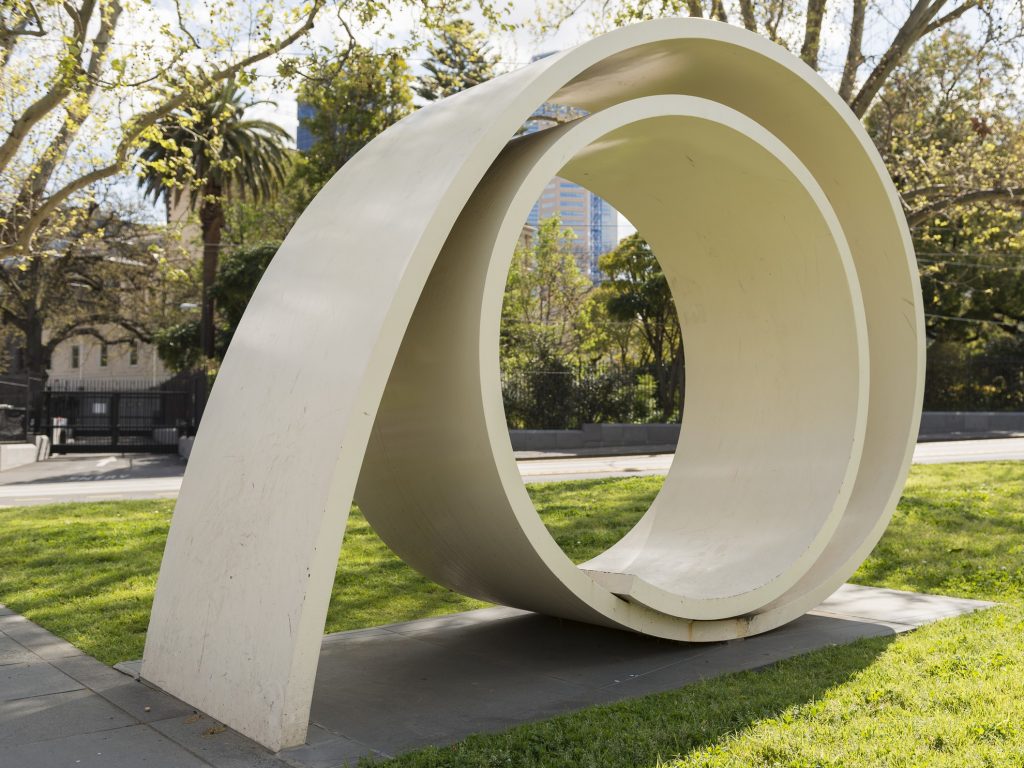 Commissioned by the Victorian government through Arts Victoria, the Community Support Fund and the Office of Women''''s Policy in collaboration with the City of Melbourne, 2008.
City of Melbourne Art and Heritage Collection

Location: Macarthur Street, Burston Reserve, near Parliament House (Aka Women’s Suffrage) A white scroll-like structure, 20 metres long and imposing on the small reserve, 'Great Petition' was created by Susan Hewitt and Penelope Lee to commemorate the 100th anniversary of female suffrage in Victoria. The plinth, designed in consideration of the sloping site, is made of bluestone, grounding the artwork in an archetypal Melbourne material. Alongside the sculpture is a didactic panel by Australian historian Professor Marilyn Lake, explaining the history of women's suffrage in Victoria. Launched on 3 December 2008, 'Great Petition' constitutes a contemporary interpretation of the Monster Petition – a petition with more than 30,000 signatures presented to Parliament in 1891 as evidence of the widespread support to give women Victorians voting rights. Female suffrage was finally granted in 1908 with the passage of the Adult Suffrage Act. Supporters: Victorian Women's Trust and Dulux