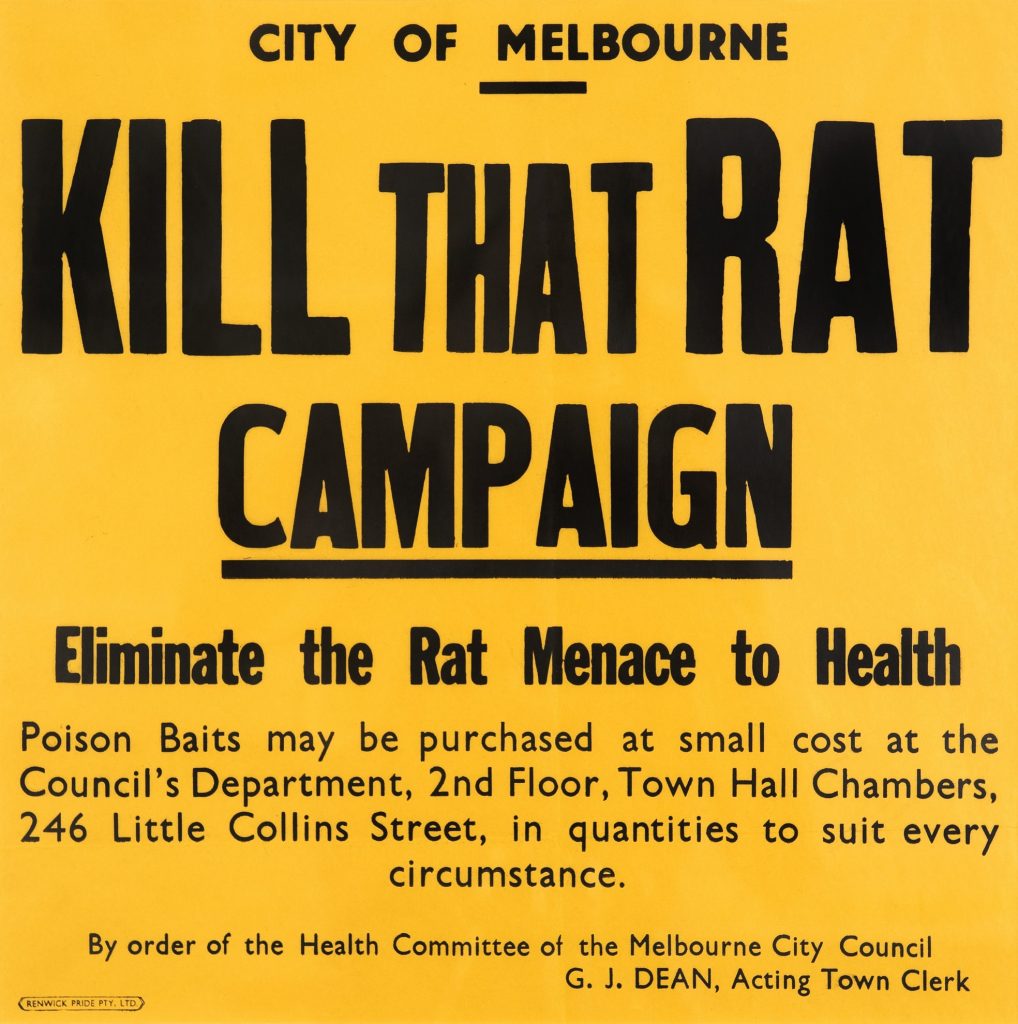 Rat populations have always been a problem in cities. The black plague, which is estimated to have killed half the population of Europe in the 14th century, is just one of many diseases attributed to the presence of rats in places with relatively high population densities. The communication strategies used by city authorities have changed over the years but the purpose has been the same, as this poster from the 1950s indicates.