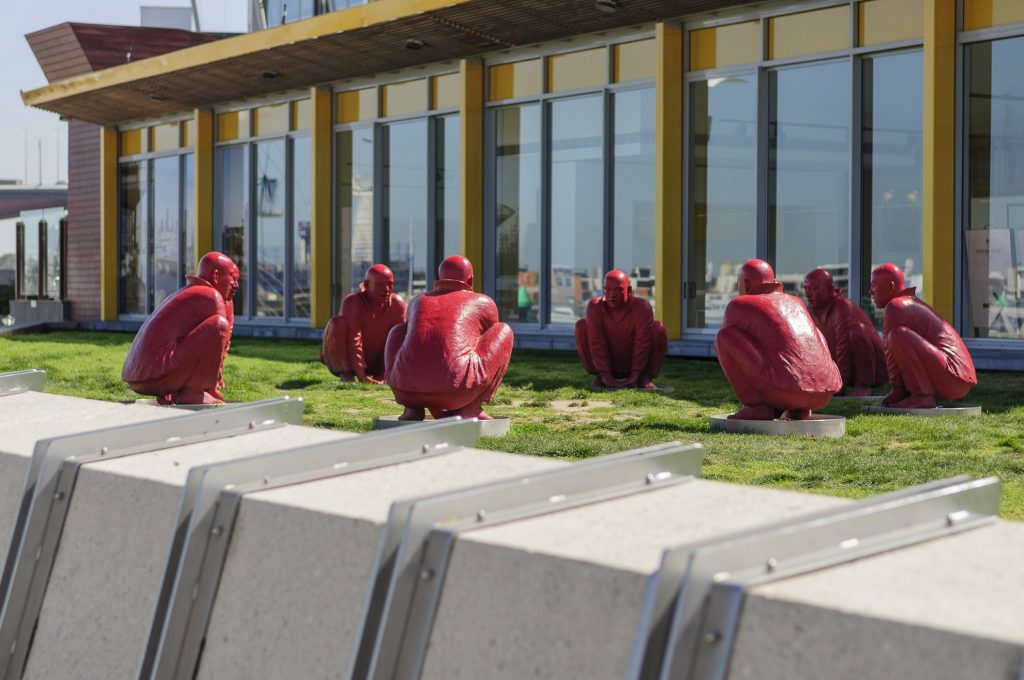 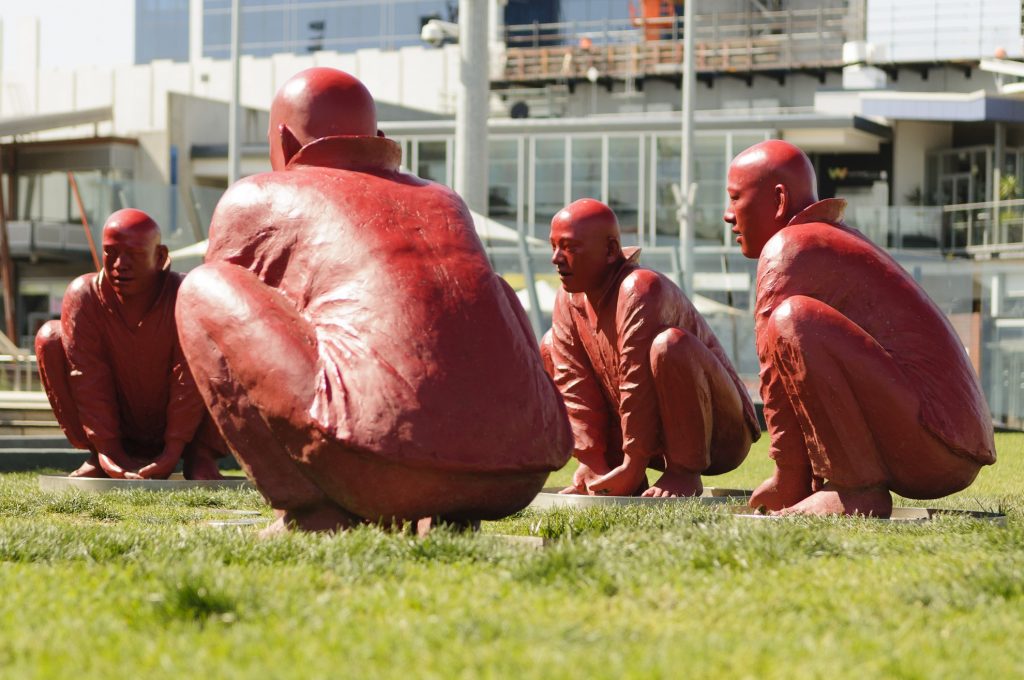 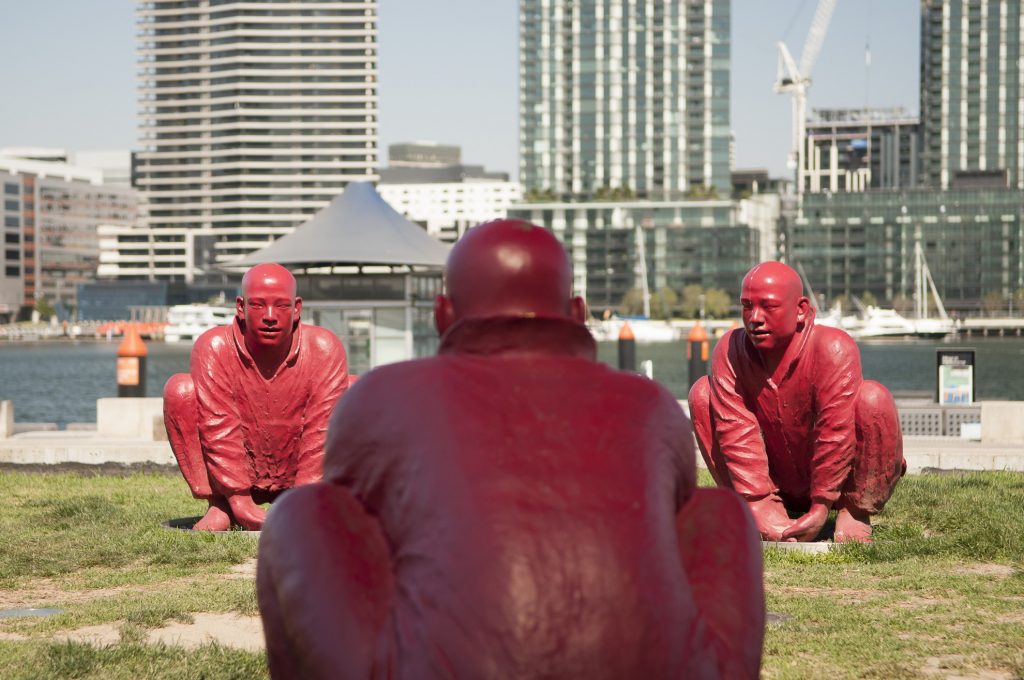 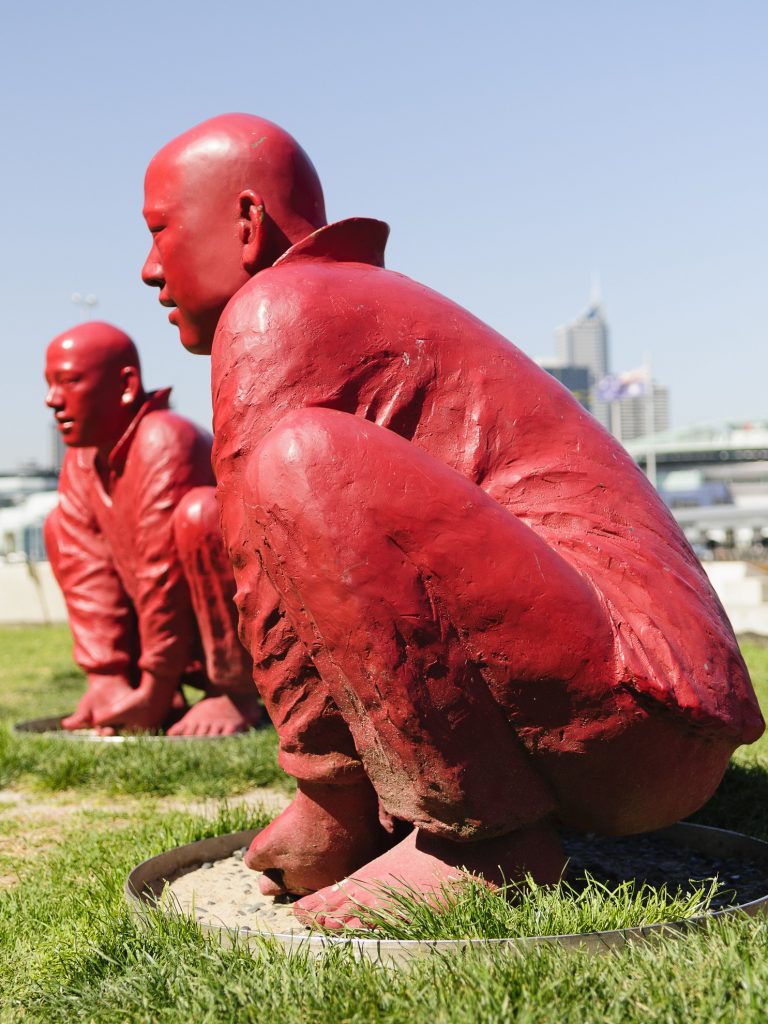 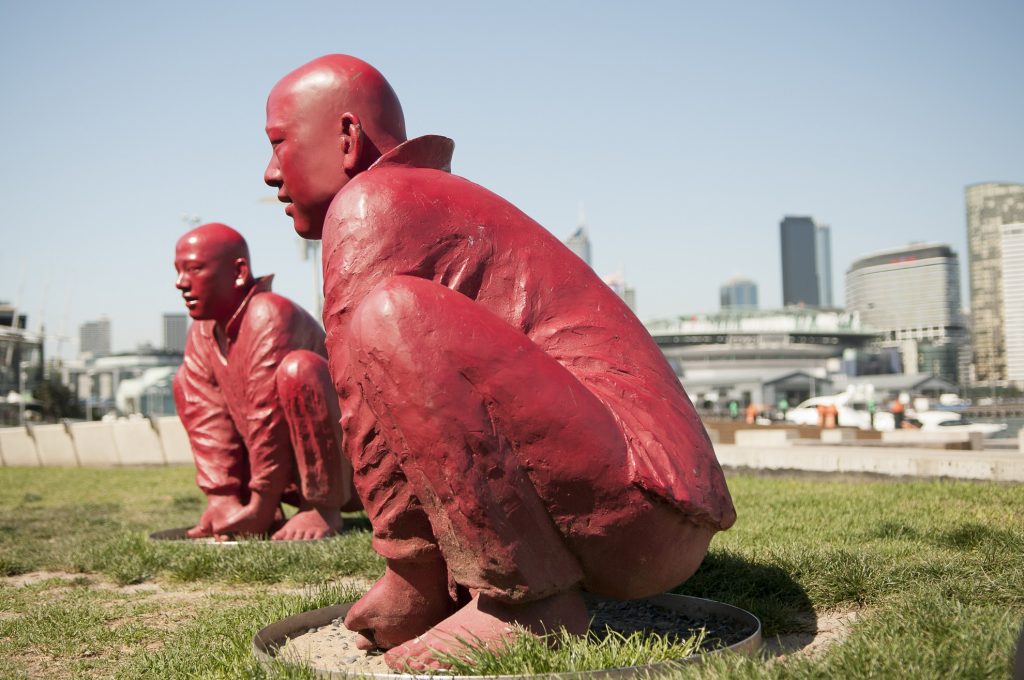 Location: NewQuay Promenade, Docklands, in front of the Melbourne City Marina This sculpture of eight men crouching in a meeting circle is located at the western end of NewQuay Promenade on the Dockland’s waterfront. The bronze crouching figures have been cast from one mould, which was made from a life-size model. All the sculptures are painted red, a colour that the artist sees as a multicultural colour, making it ideal for representing Melbourne’s diverse community. According to the artist, '... the colour red has multiple cultural meanings in China, historically representing happiness but during the Cultural Revolution it symbolized terror. Today red is the colour of the faded lettering praising Mao on the ceilings of the factories, coats of the Buddhist monks and the colour of wedding decorations'. In Chinese culture, the number eight is significant and is believed to bring good luck. Each of the eight figures is 92 centimetres tall and weighs 100 kilograms. Wang Shugang is a leading Beijing artist and this artwork was acquired by MAB Corporation to be a feature at NewQuay. 'Meeting 1' was officially launched by the Right Honourable Robert Doyle, Lord Mayor of Melbourne, and MAB Corporation on 18 April 2013.