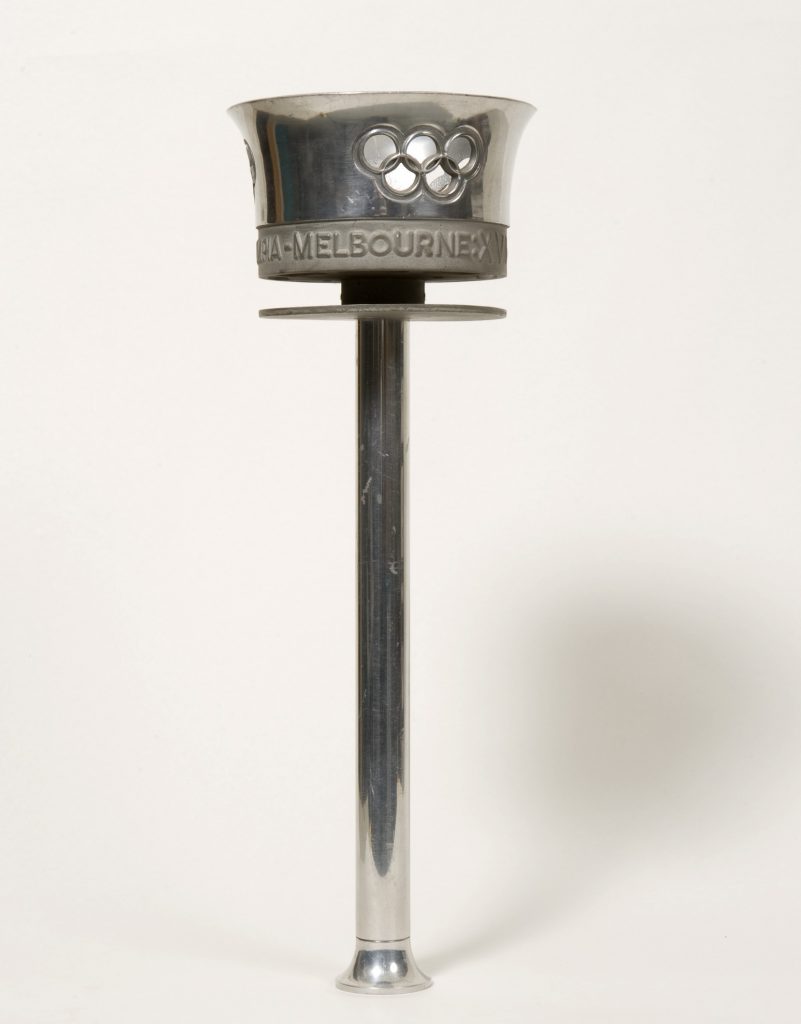 The torch relay from Olympia, Greece, to the Games city was first held in 1936 for the Berlin Olympics. Melbourne was the first southern hemisphere city to host the Olympics, so consequently the torch was flown to Australia from Athens before a relay of runners carried the torch down the east coast of Australia to its destination. The Melbourne torch used the design developed for the 1948 London Games by architect Ralph Lavers. Inspired by classical architecture and archaeology, Lavers created a light aluminium torch, with classical simplicity. A steel burner (missing from this torch) contained a solid fuel tablet. Famously, magnesium scraps were added to create sparks for Ron Clarke’s run into the MCG; the unfortunate athlete suffered burns from molten magnesium.