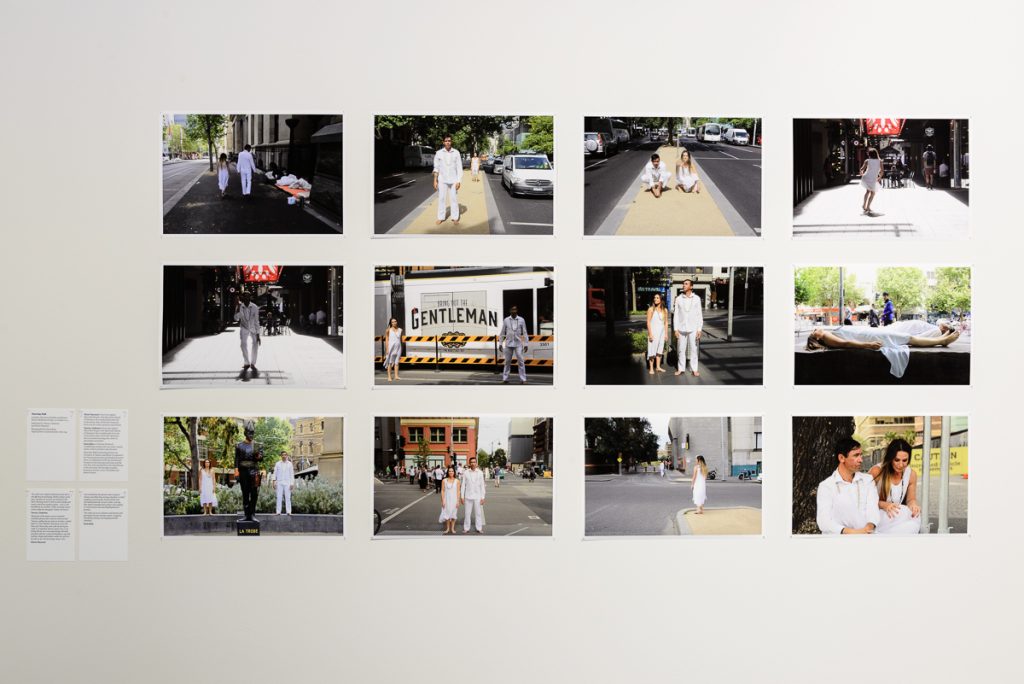 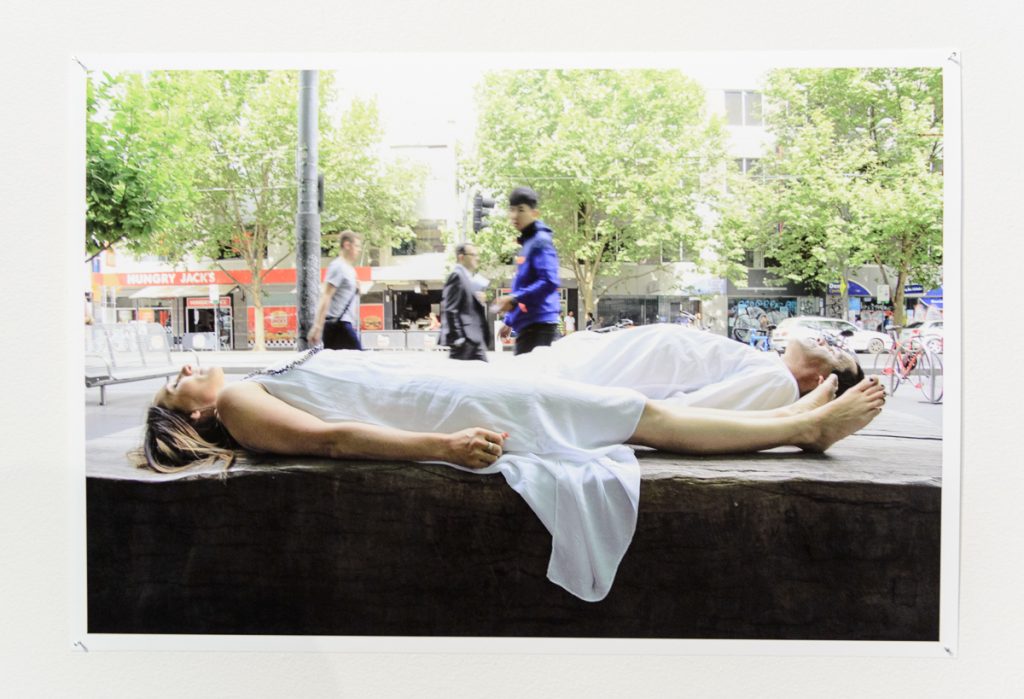 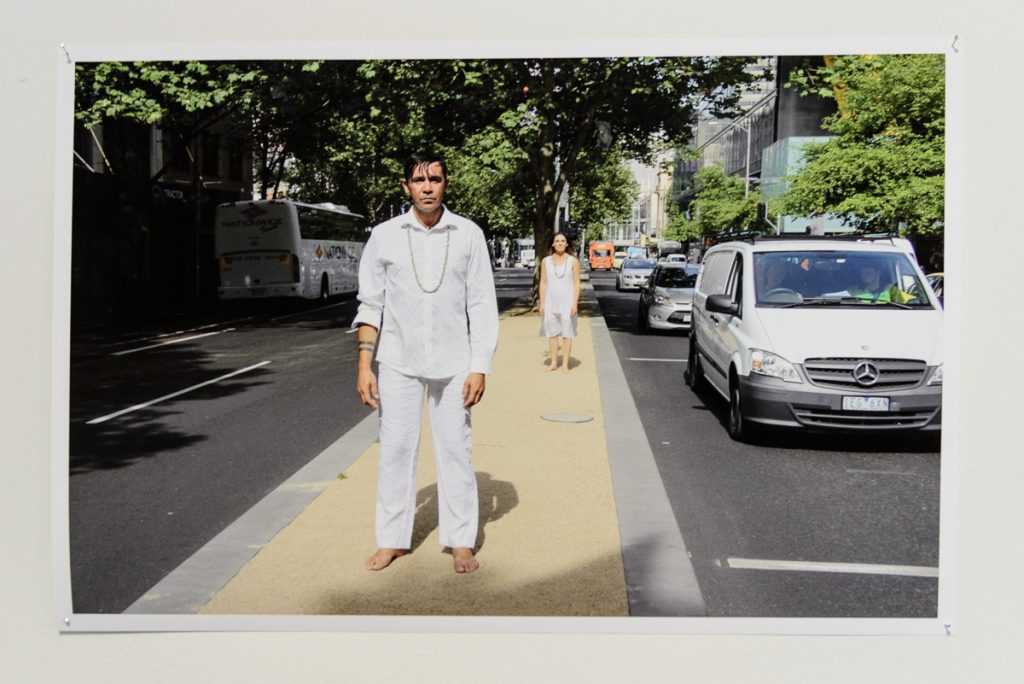 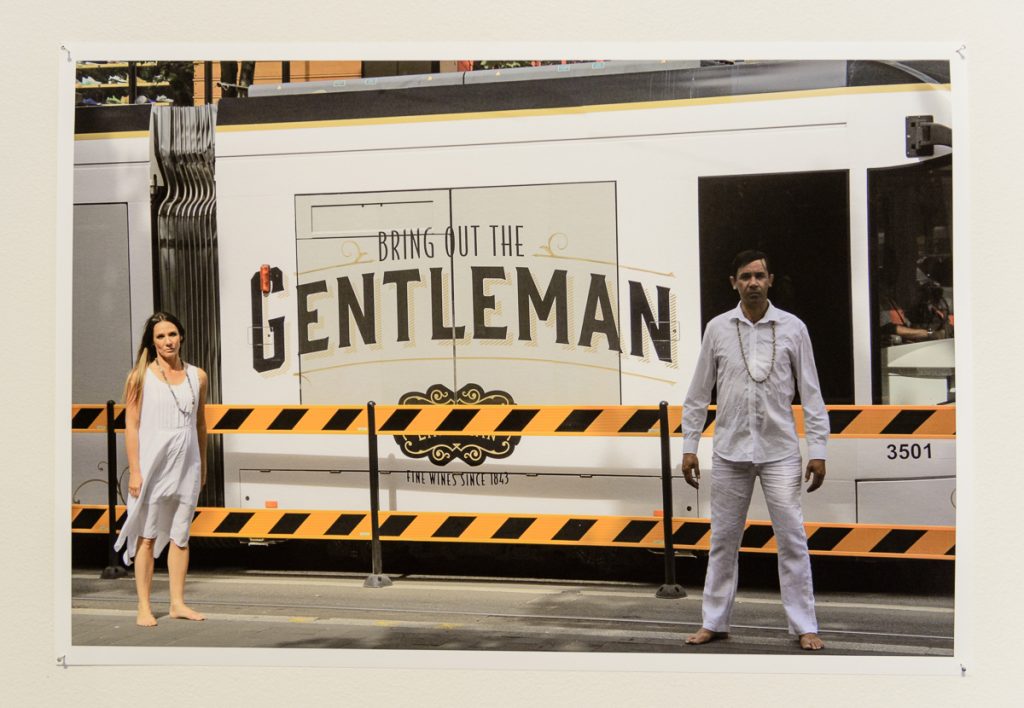 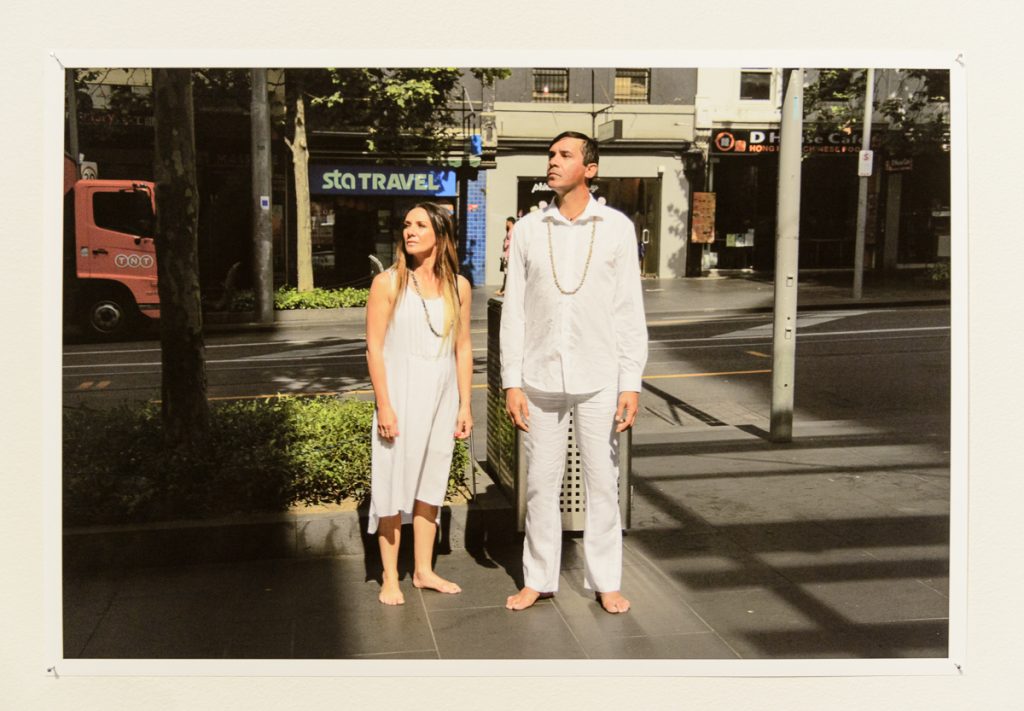 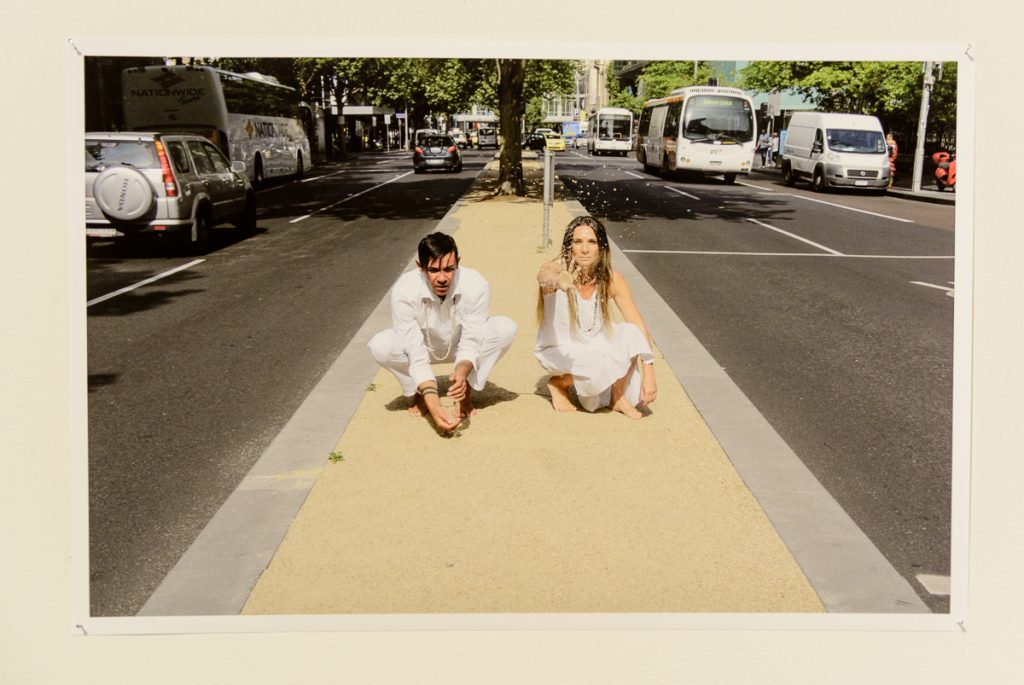 Group of 12 colour photographs of Lonsdale, Swanston, Franklin and Bowen Streets, Melbourne Friday 30 October 2015 Performed by Tammy Anderson and Elliott Maynard and photographed by Paola Balla ‘The walk was a deeply emotional journey that is still affecting me spiritually. Flashes of final weeks, days, moments are vivid in my mind and I feel them. Shocking truth! It’s time to acknowledge and respect, and all our people to grieve – such a cold bloodthirsty act – barbaric White Australia needs to acknowledge this hanging!!! Violent, cold hearts.’ Tammy Anderson ‘Being part of this project was an extremely emotional journey that I went on with my sister Tammy, walking the last path our brothers walked before us. Tears still flow and always will. I felt them and I know they were with me during our walk. It is sometimes hard to express how I was feeling. But for me it was about being with them and them with me. I want the bleeding to stop and healing to begin and freedom within our spirits to be who we are. We are strong. I know I am.’ Elliott Maynard ‘I am humbled by the openness and courage of Tammy and Elliott that morning. Barefoot, in white, signifying mourning, like Tunnerminnerwait and Maulboyheenner’s prison clothes, wearing their People’s beautiful shell necklaces and walking in Tunnerminnerwait and Maulboyheenner’s footsteps. This walk was an act of honour and memory and grieving for the men and the women, Truganini, Planobeena (Fanny) and Maytepueminner (Matilda). "Mourning Walk" was developed from my invitation to Tammy and Elliott to respond to the Tunnerminnerwait and Maulboyheenner story in collaboration with me, and became focused on their last days and hours and the way they were paraded from the old jailhouse to the execution site through Lonsdale, Swanston and the corner of Franklin and Bowen Streets.' Paola Balla Elliott Maynard is from the original Moon Bird People of the Bass Strait Islands of Tasmania. He is traditionally from the Trawlwoolway tribe, North East Tasmania. He is an actor, writer, producer and mentor. Tammy Anderson is from the original Moon Bird People of the Bass Strait Islands of Tasmania. She is traditionally from the Trawlwoolway tribe, North East Tasmania, she is an award winning actor, director, playwright and author. Paola Balla is a Wemba Wemba & Gunditjmara woman, she is an artist, curator, writer, creative producer and educator.