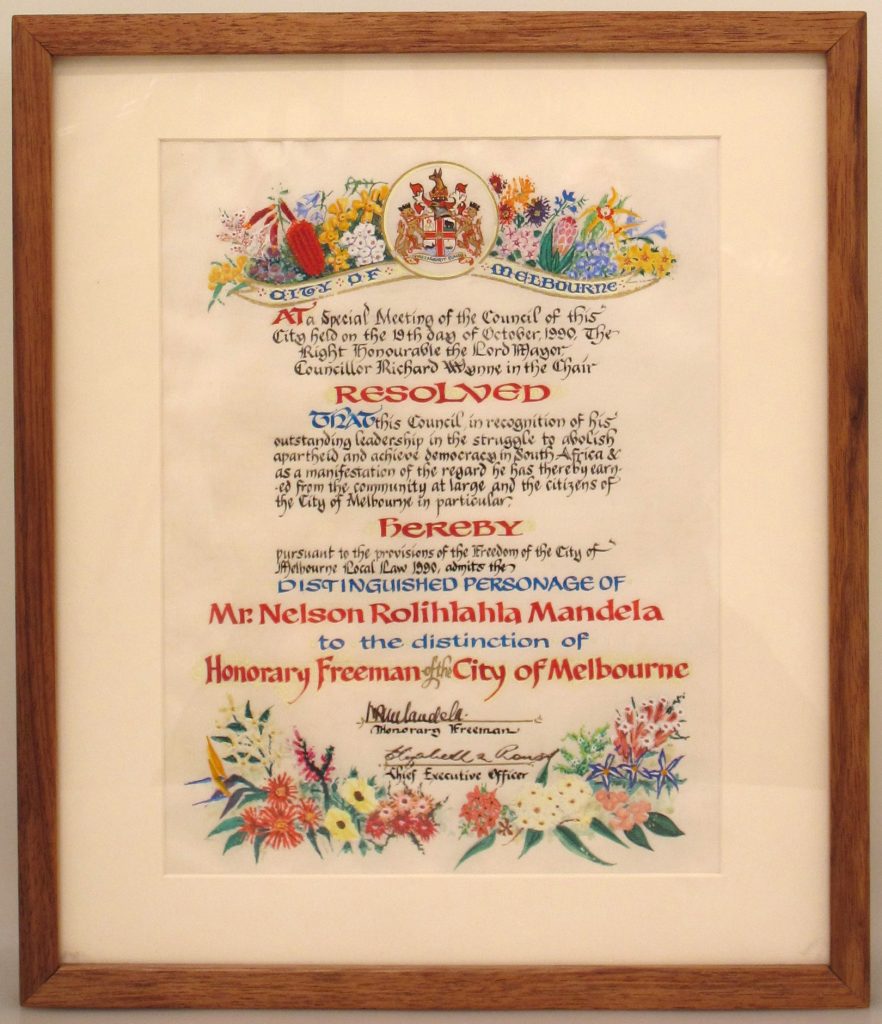 Mr. Nelson Rolihlahla Mandela / to the distinction of / Honorary Freeman of the City of Melbourne

Framed Honorary Freeman of the City of Melbourne, awarded to Nelson Mandela in 1990. In 1990, Nelson Mandela toured Australia to thank the nation for its steadfast support during the fight against South Africa’s apartheid regime. By a slim margin, Melbourne City Councillors voted to invite Mr Mandela, then only recently released from 27 years of imprisonment on terrorism offences, to give an address in the council chamber. He duly obliged. It was his first address to a democratically elected council or parliament anywhere in the world. Many were to follow for this future president of the Republic of South Africa.