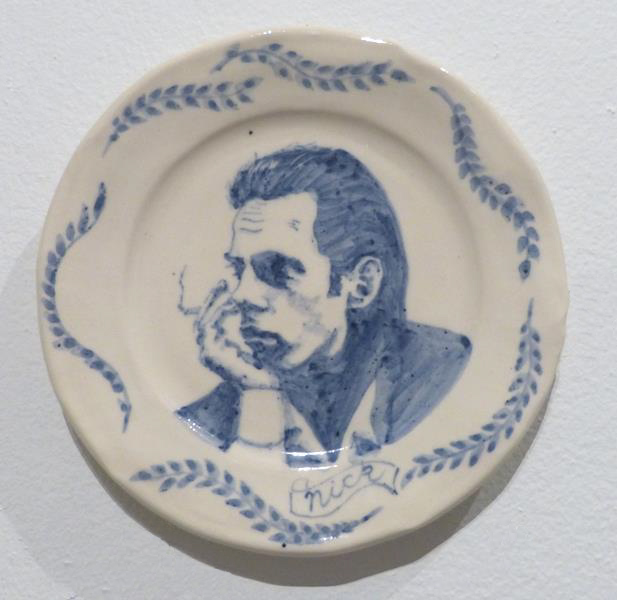 Purchased, 2015
City of Melbourne Art and Heritage Collection
© Courtesy of the artist

Porcelain plate featuring drawing of musician Nick Cave (Bad Seeds) Artist Statement ‘Being from Adelaide, Melbourne has always been slightly exotic to me. It is a city with a rich and ever growing popular music culture. From the early 1960s the music emanating from Melbourne has had a particular sound and quality. A lot of ‘dark’ or at least sad music is made there; maybe it’s the rain and cold. My top 100 includes many songs written or conceived in Melbourne. There are some strong threads linking ‘the crafts’ and the writing of songs, particularly in a popular or folk idiom. My ceramics practice has always riffed on narrative song lyrics and on what Noel Coward and Dennis Potter referred to as ‘the potency of cheap music’. These plates are a kind of tribute to the deep well of Melbourne’s song writing culture, partly portraiture and partly kitsch fan tribute.’ Gerry Wedd, ceramicist and Mambo designer