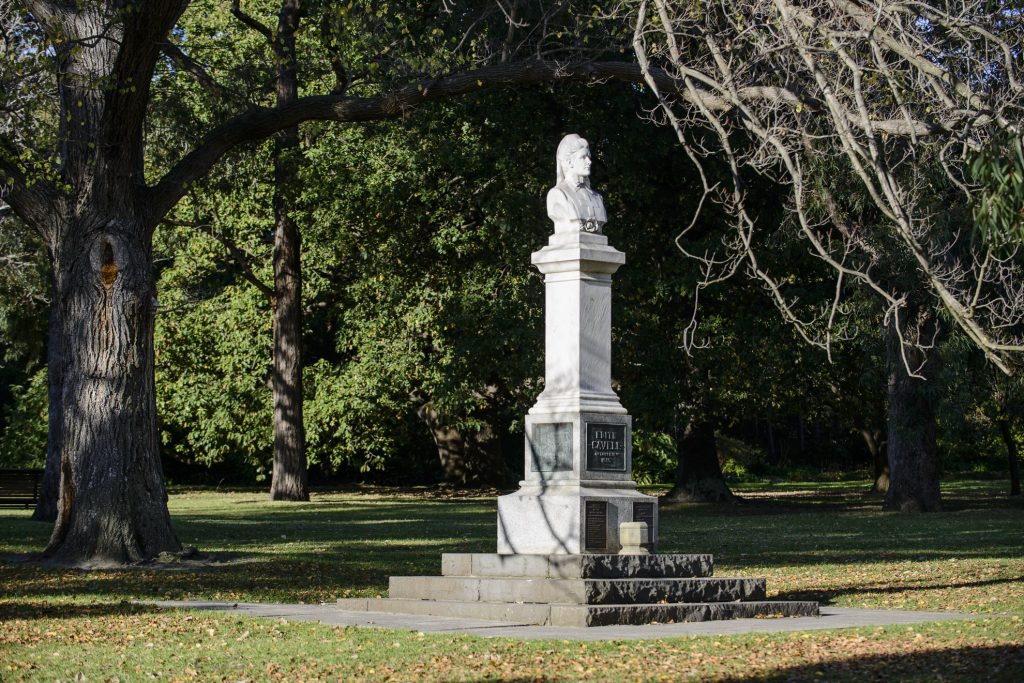 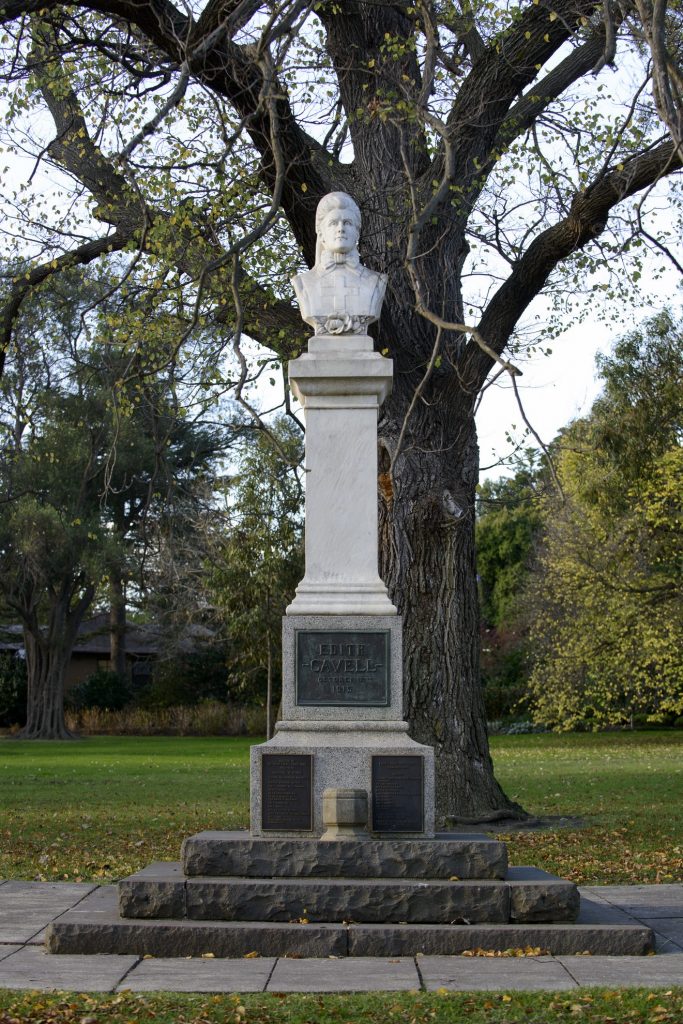 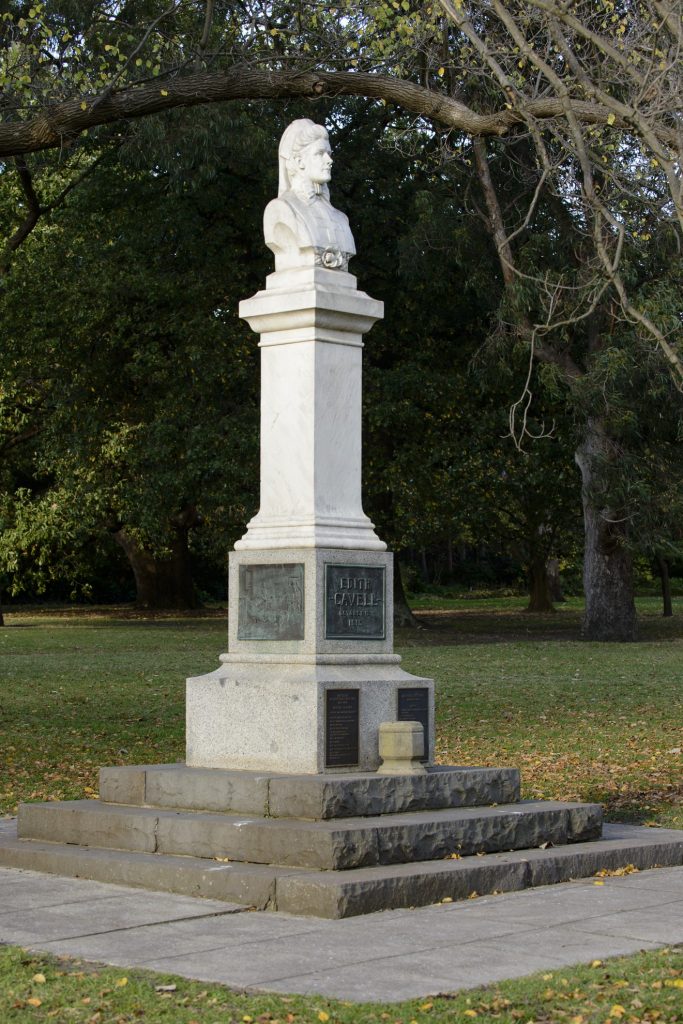 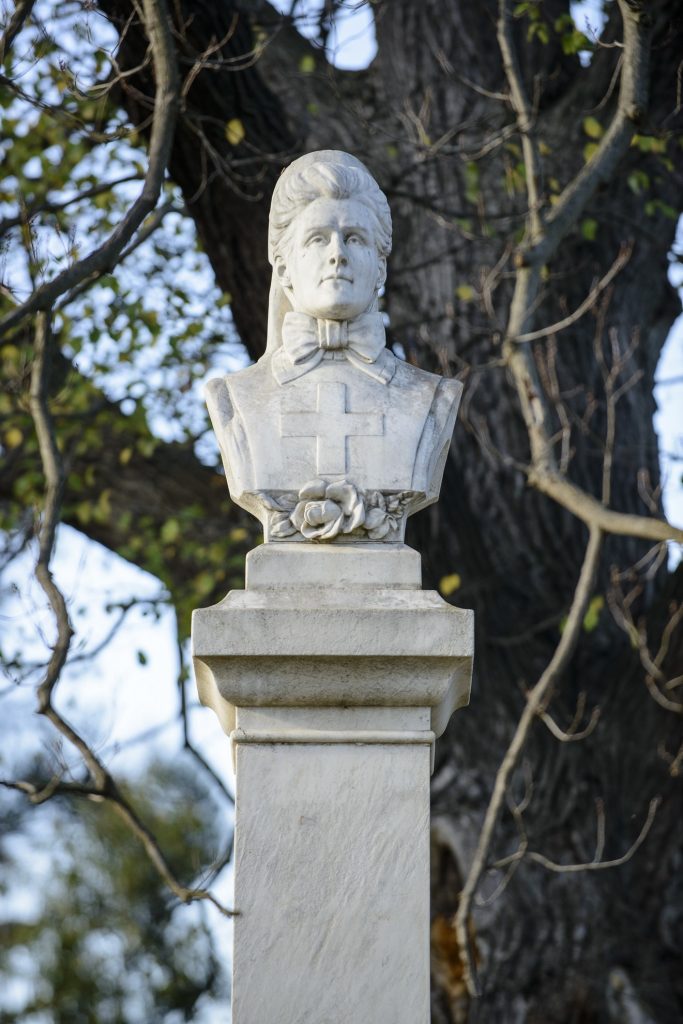 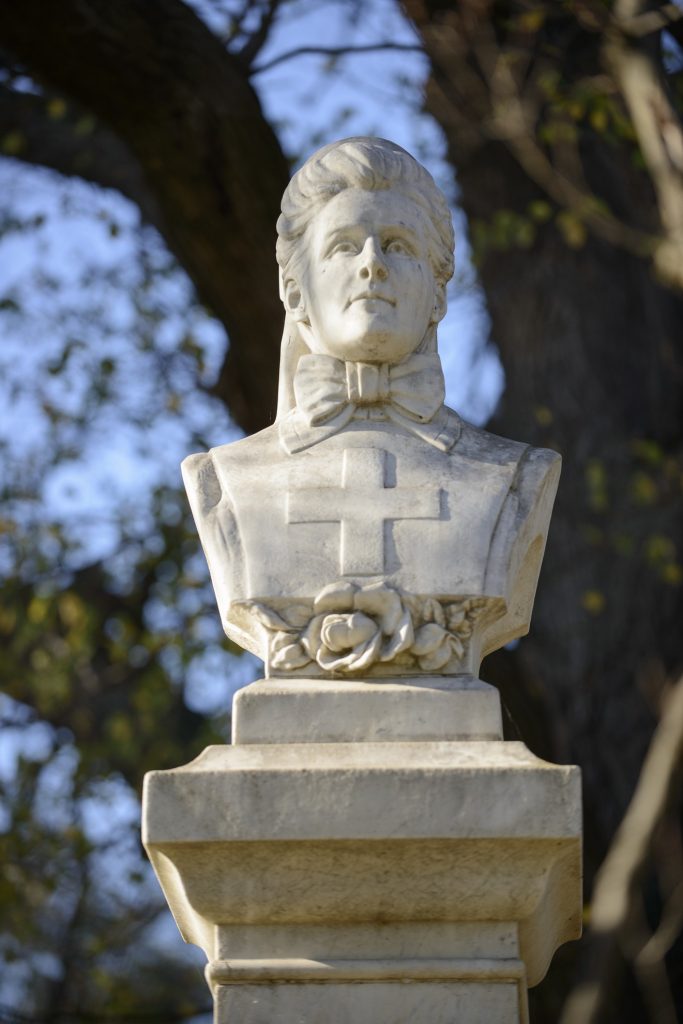 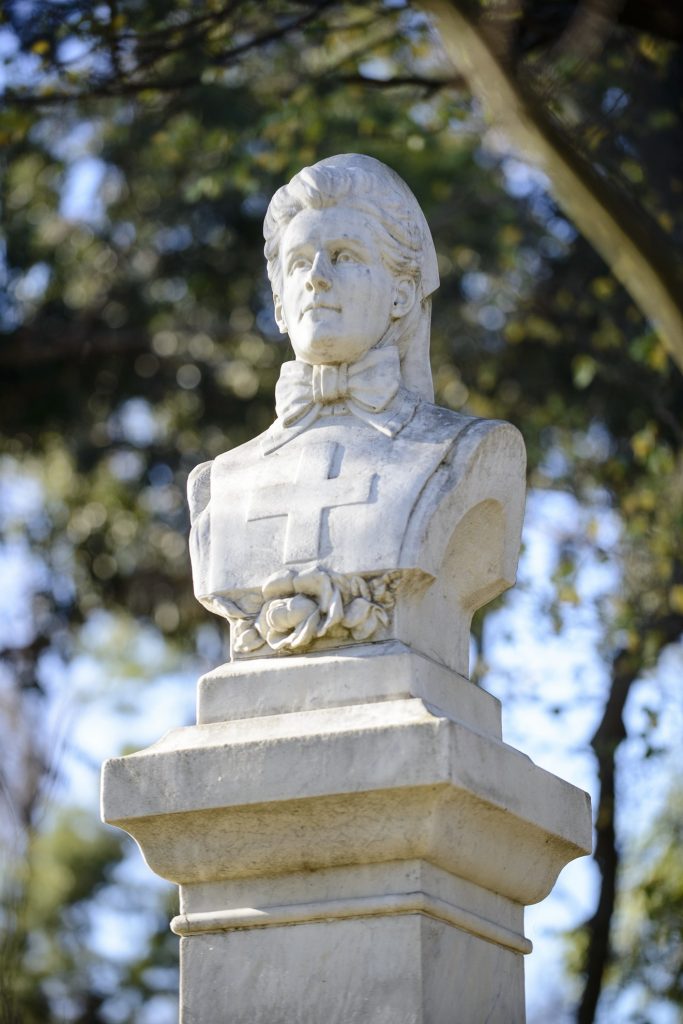 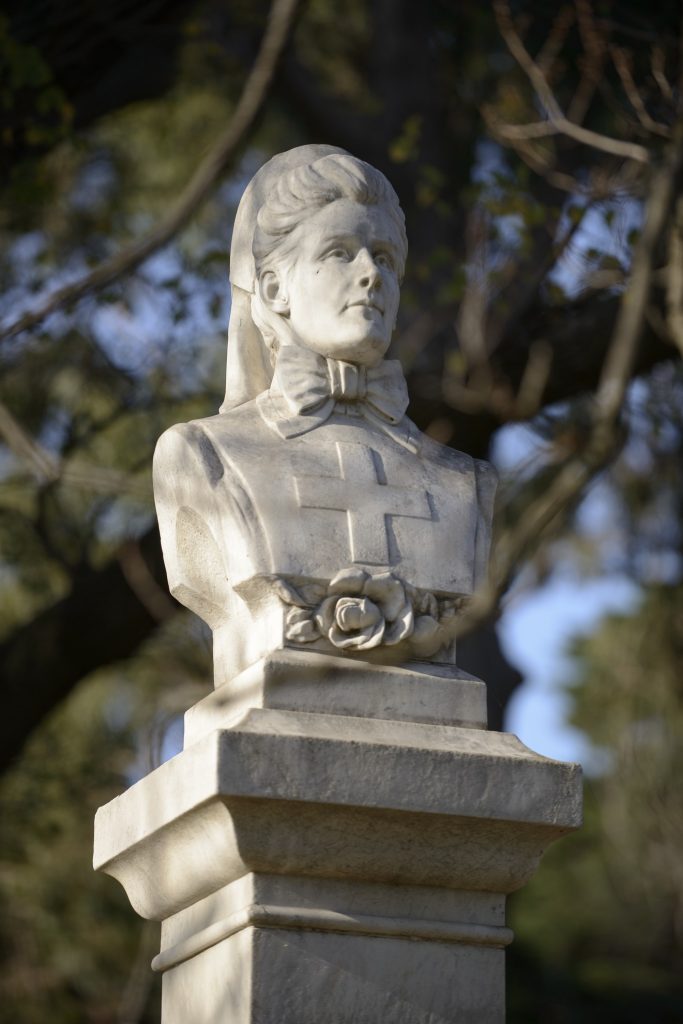 Location: Kings Domain, Birdwood Ave Marble bust of Nurse Edith Cavell on granite pedestal. Born in Melbourne in 1861, Margaret Baskerville studied painting at Melbourne’s National Gallery School and Victorian Academy, and later undertook private lessons with Charles Douglas Richardson. Between 1904 and 1906 she studied sculpture with Edouard Lanteri at the Royal College of Art, London. On her return to Australia, she quickly became the country’s most acclaimed woman sculptor and was responsible for a number of major civic memorials in Melbourne and in rural towns, including Sir Thomas Bent (Brighton), and war memorials at Alexandra and Maryborough. One such piece is her marble bust of the English nurse Edith Cavell. This work commemorates a woman whose beneficence delivered her a tragic end, which is depicted on the cast-bronze relief panels on the bust’s pedestal. Edith Cavell trained as nurse in the late 1890s. In 1907, she was posted in Brussels to assist in establishing a modern nursing system at the Berkendael Medical Institute. At the outbreak of World War One she was left in charge of the hospital and what is now known as the Red Cross. During that time she assisted more than 200 Belgian, British and French soldiers who had been separated from their armies, or who had escaped German detention. In 1915, she was accused of conspiring to help prisoners escape, and was tried by a military court in Brussels. She was convicted and sentenced to death, along with four others. Cavell was executed by firing squad on 12 October 1915; she was still wearing her nurse’s uniform. Her last words feature on one of the memorial’s plaques: ‘I know now that patriotism is not enough. I must have no hatred and no bitterness towards anyone.’ Cavell’s body was returned to England in 1919, where a full military service was conducted at Westminster Abbey. The appeal for funds for a Cavell memorial garnered such support in Australia that much of the money was devoted to assisting incapacitated war nurses. In 1916, the Edith Cavell Trust Fund was officially inaugurated in Victoria; it lasted nearly 60 years, until 1974.