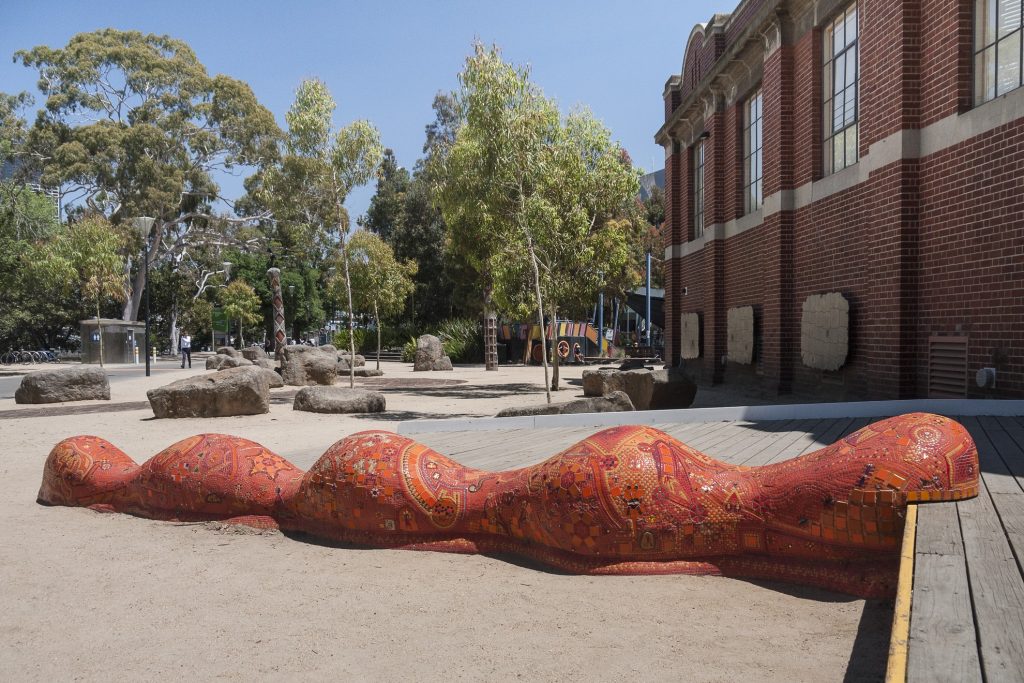 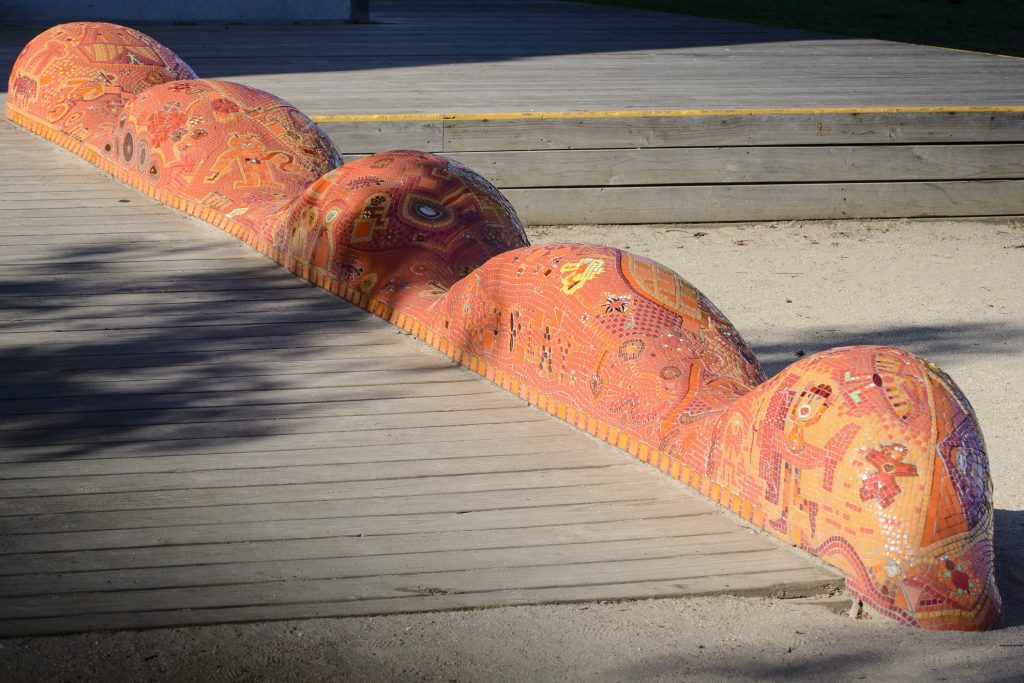 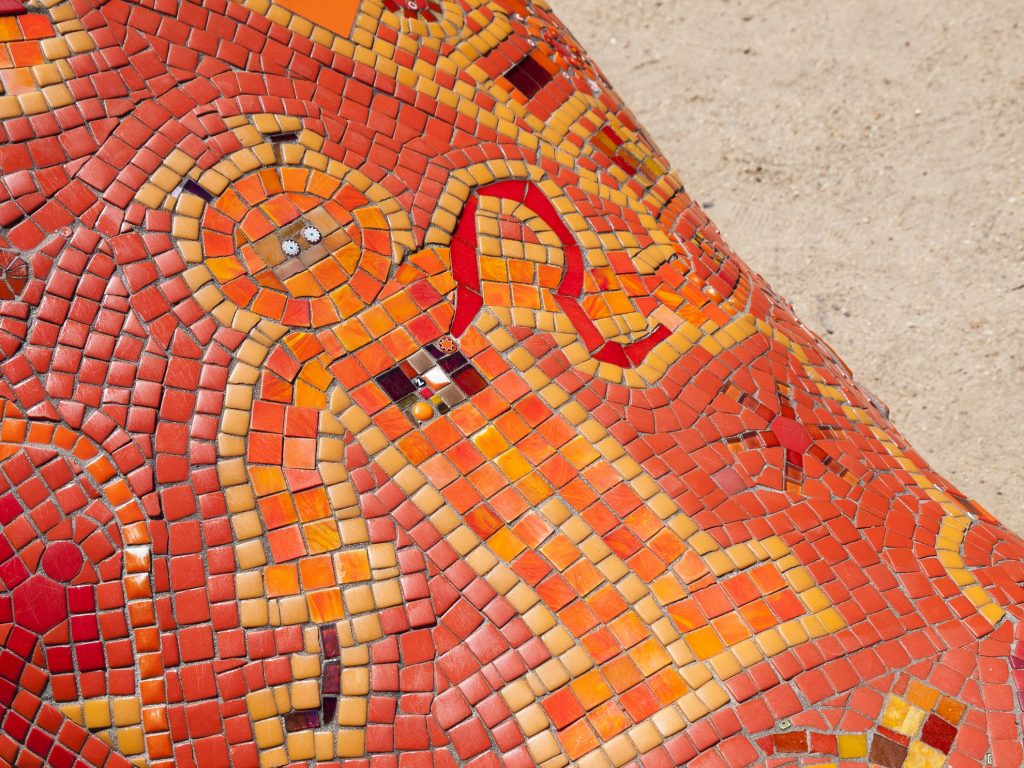 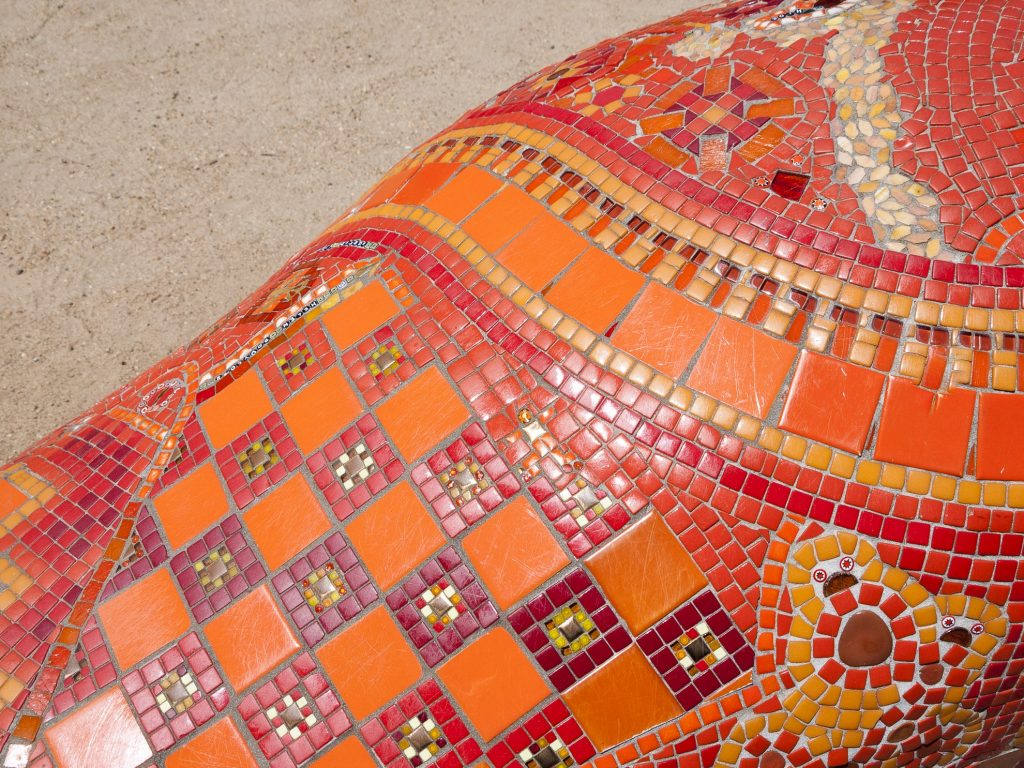 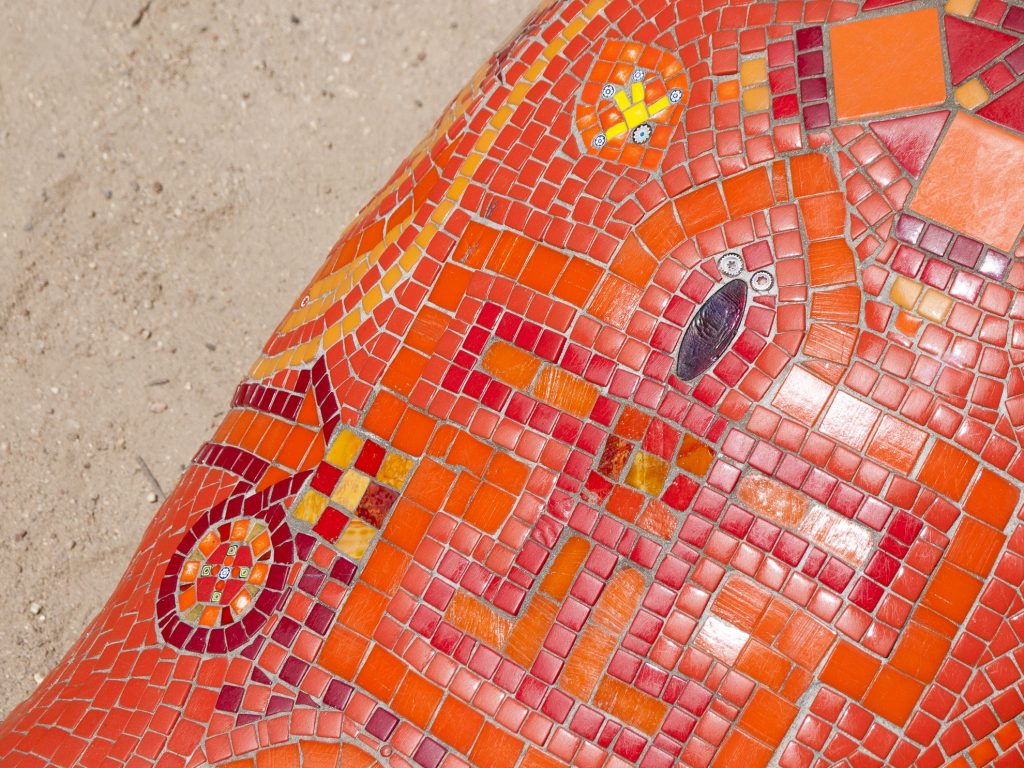 Once Upon a Slime

Location: ArtPlay, Birrarung Marr In 2007, mosaic artist Helen Bodycomb was commissioned to create a monochrome entrance feature for Artplay that could also be used as a seat or play feature. The design of the sculptural work was inspired by the forms illustrated in various Dr Seuss stories. Special care was undertaken to ensure the ergonomics of the curvatures, also to enable adequate fall to prevent water from pooling on or in the work. Consistent with Artplay’s colour ‘identity’, the work was to be (in tones of) orange. Bodycomb conducted a number of workshops at Artplay in which children explored patterns and drawings with some of the tiles later used in the work. Rather than attempting to create works for actual inclusion, children were encouraged to explore ideas through drawing and loose-laid tile arrangements. These were carefully photo-documented for later reference by the artist. Construction of most of the work's features were prefabricated in Helen Bodycomb’s Castlemaine studio on fibreglass mesh. A rough plan for placement was made in the studio. Each hump has a theme of sorts; the hump closest to the building has a circus theme, one is outer space and flight, the hump farthest from the building features the Birdman Rally, etc.