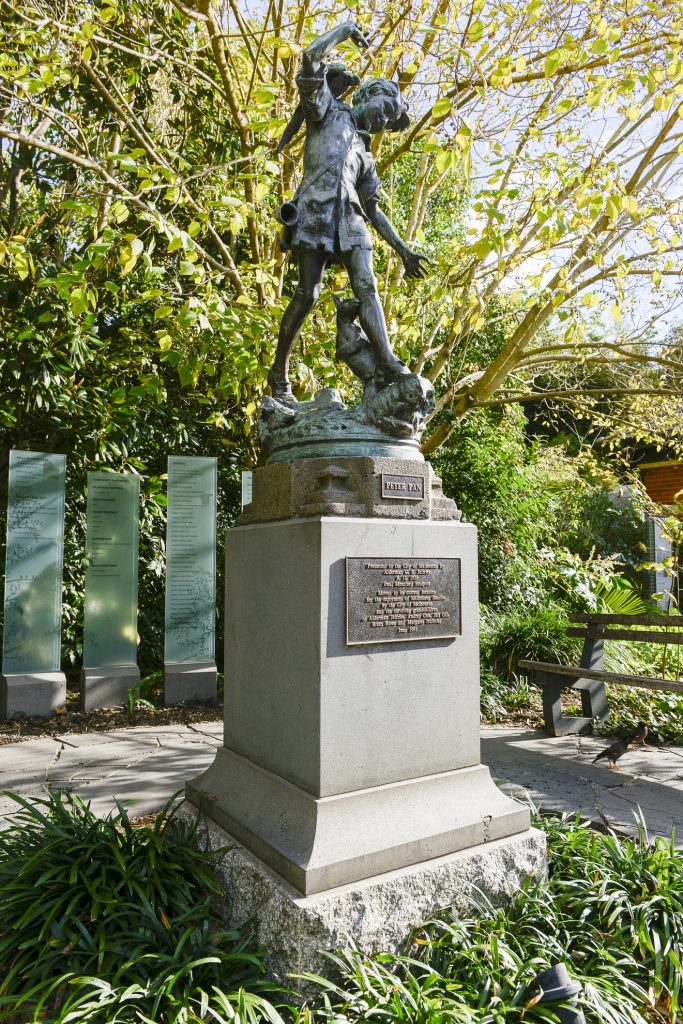 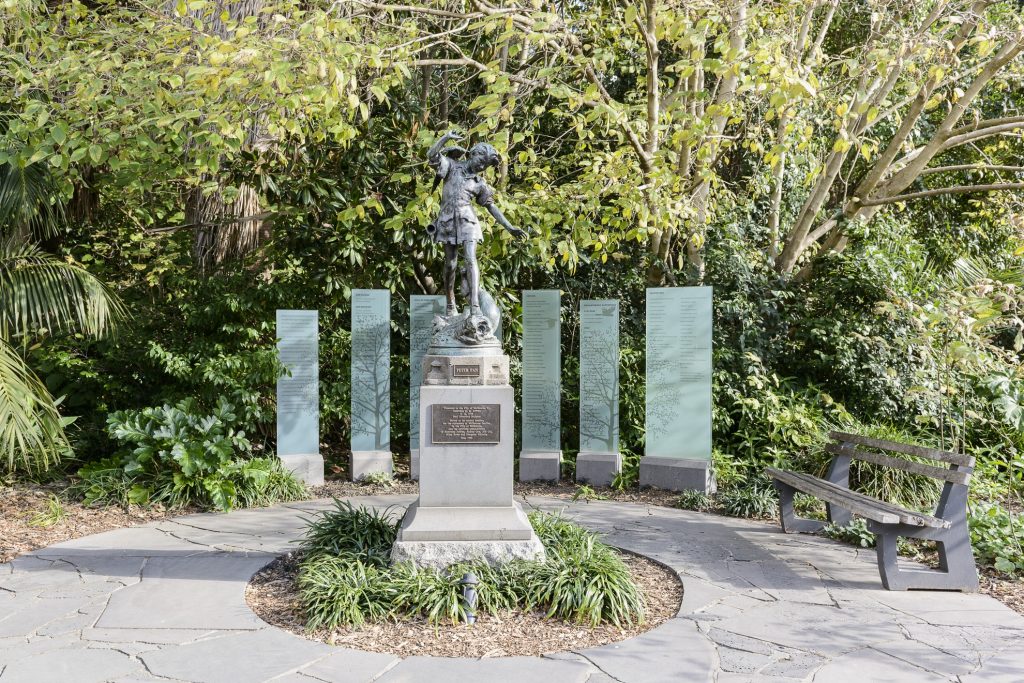 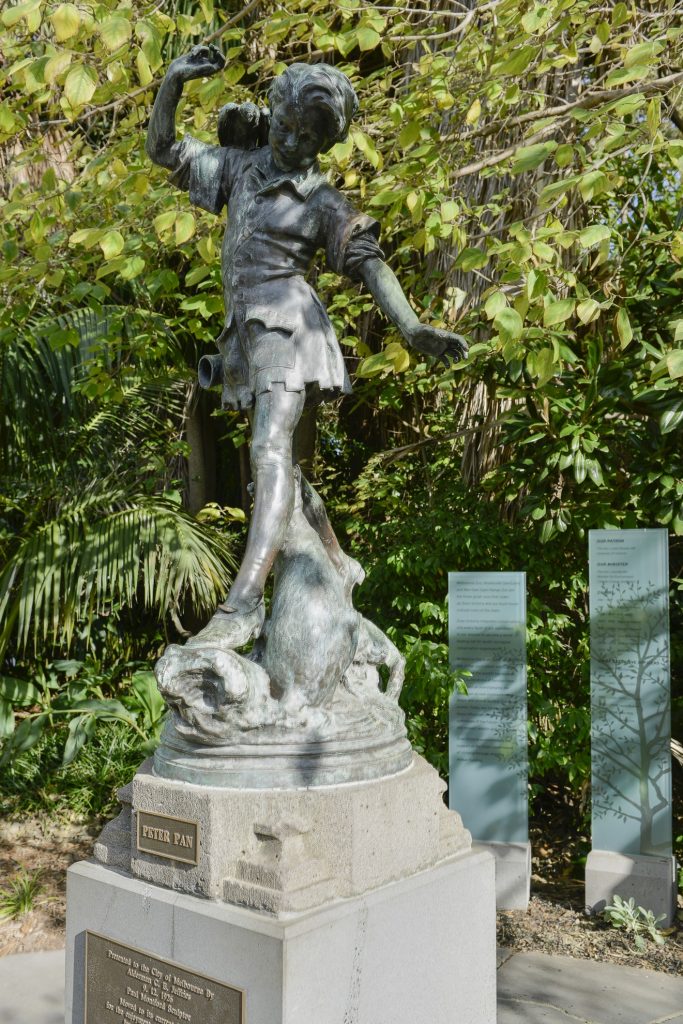 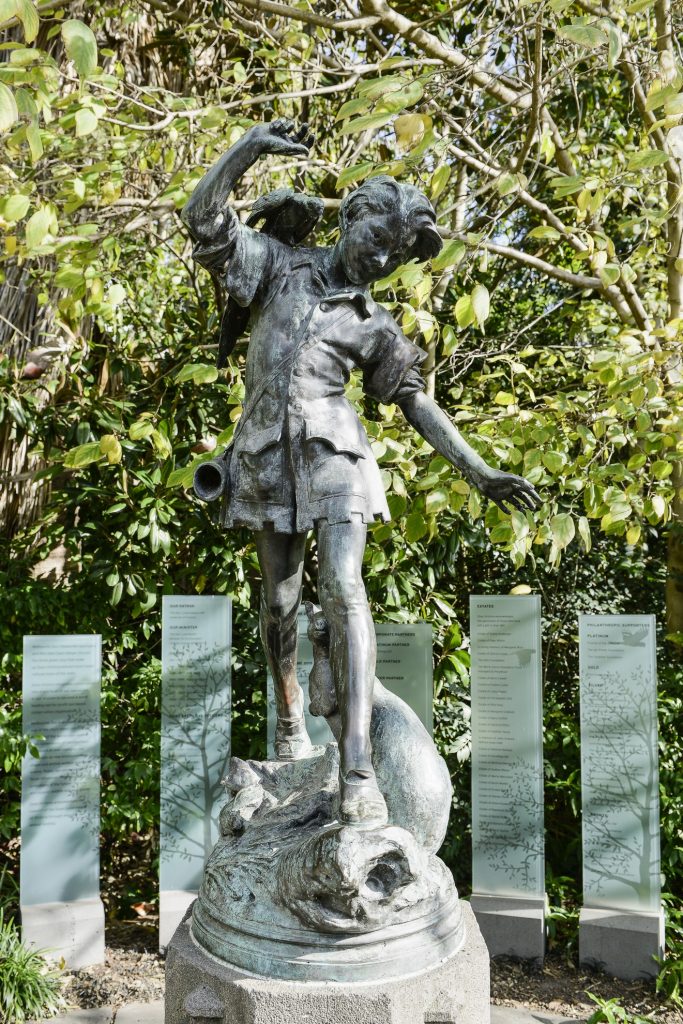 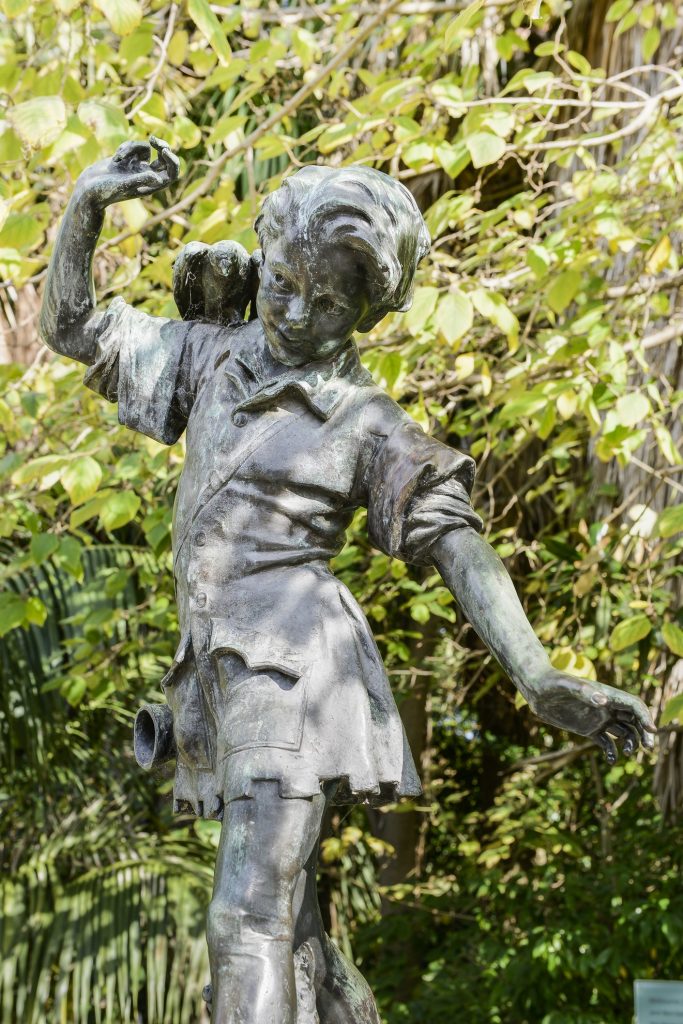 Location: Royal Melbourne Zoological Gardens, Parkville Bronze sculpture of Peter Pan with an Australian bush bird on his shoulder and a kangaroo with joey along with other Australian native animals at his feet. This statue was commissioned by Alderman Charles Jeffries in 1926 to commemorate his 31 years as councillor for the City of Melbourne. Chair of the Parks & Gardens Committee for many years, Alderman Jeffries wanted a sculpture placed in the Alexandra Gardens that would have particular appeal to children. Renowned sculptor Paul Montford created an ‘Australian’ version of J.M. Barrie’s Peter Pan to meet this brief. Lord Mayor Morrell unveiled the statue in 1926. It was moved some time later to the conservatory in the Fitzroy Gardens, where the climatic conditions were less than ideal. In 1989, it was placed in storage to await both conservation and a decision on its new home. Jeff Gill, the Alderman’s grandson, was instrumental in having the statue returned to a public site. Since 1993 it has been located at Melbourne’s zoo, where, just as Alderman Jeffries envisaged, it enjoys the attention of children.