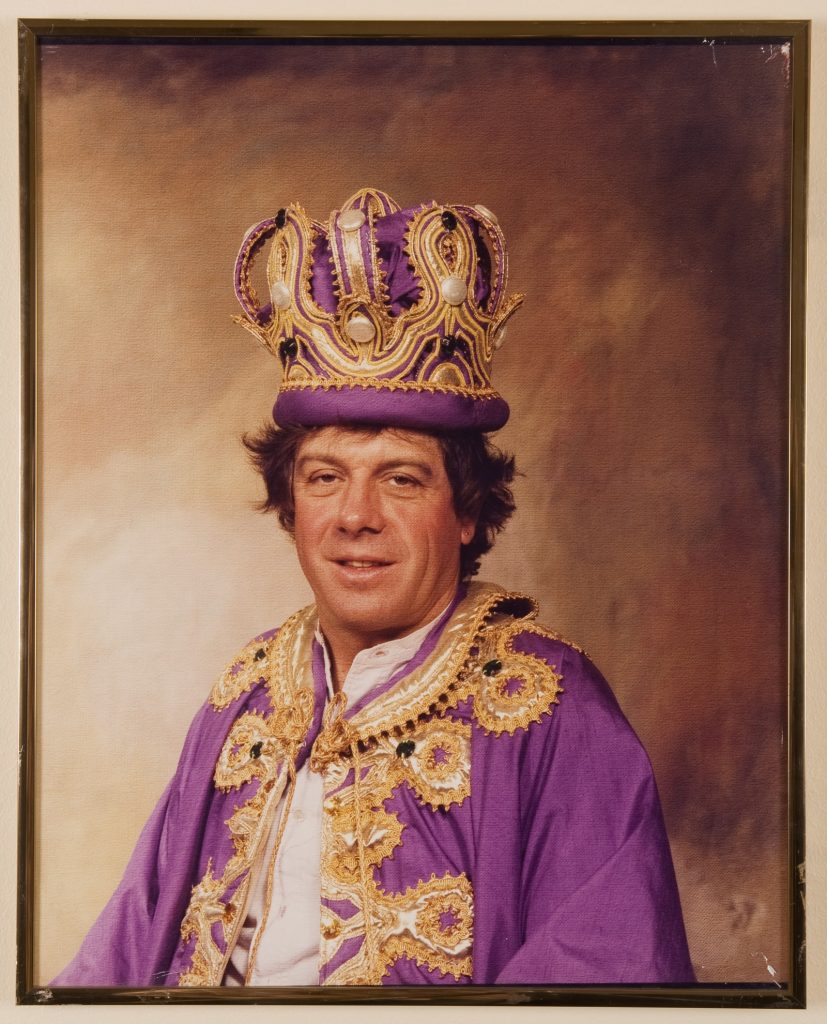 Framed colour studio photograph of 1985 Moomba King, Ian “Molly” Meldrum. Ian “Molly” Meldrum (born 1946) – music producer, music journalist, music entrepreneur and frontman for the extremely popular Countdown – has been a tireless advocate for Australian popular music since the 1970s. He swapped his trademark Akubra for the Moomba King's crown in 1985, although Moomba staff transformed an Akubra into a crown as an alternative for this king. Molly claimed in an interview with TV Week that he was initially reticent about becoming king, but public support for his appointment swayed him. On Australia Day the following year he was awarded the Order of Australia Medal for service to the fostering of international relief and to youth, and in 1992 he received The Special Achievement Award at the ARIAs for services to the music industry. The photograph is signed across the bottom left corner.