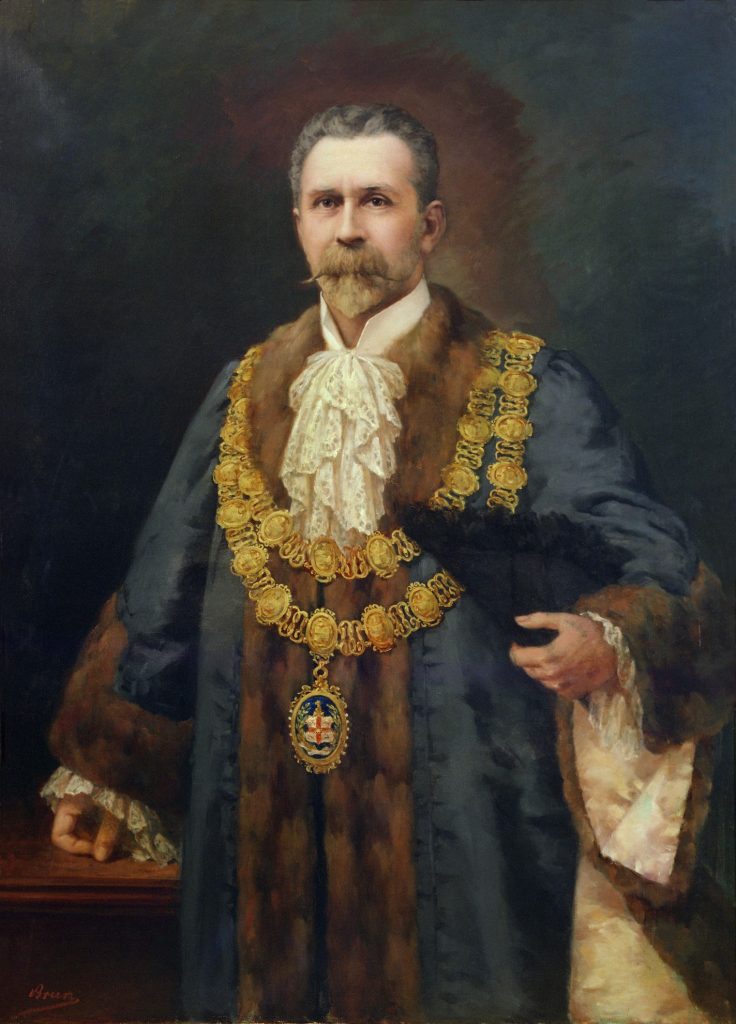 Henry Weedon was born in Melbourne in 1859. He became an honorary auditor for the City in 1899 and was later elected to represent the Albert Ward. He remained a member of Council until his death in 1921. For many years Weedon was chairman of the Parks and Gardens Committee, where he promoted the establishment of children’s playgrounds. During his term as Lord Mayor he represented the Victorian Ministry at the 1906 Christchurch Exhibition, and in 1908 was the Victorian commissioner at the Franco-British Exhibition in London. From 1905 to 1911 he was a member for East Melbourne in the Legislative Assembly, and in 1919 became a representative for Melbourne province. Weedon also held a range of important positions for numerous institutions and organisations including the Tramways Trust, the Fire Brigade Board, hospitals and homes, the University of Melbourne, Freemasons and Trinity Church, East Melbourne. He was a managing partner in the Talma Photographic Studio, Melbourne. Vincenzo Brun (b.1857) was one of the many European trained artists who arrived in the ‘Marvellous Melbourne’ of the 1880s. Born in Italy, Brun held his first Melbourne exhibition in 1888, establishing a studio in Fink’s Building, Flinders Street, in 1890. He was also known by the nom de crayon ‘Almeo’ and came to be regarded as one of Melbourne’s leading portrait painters. Like many of the mayoral portraits that predate the 1925 Town Hall fire, it is unclear if this portrait is the original, trimmed and repainted, or a similar portrait by Brun painted for the Weedon family.