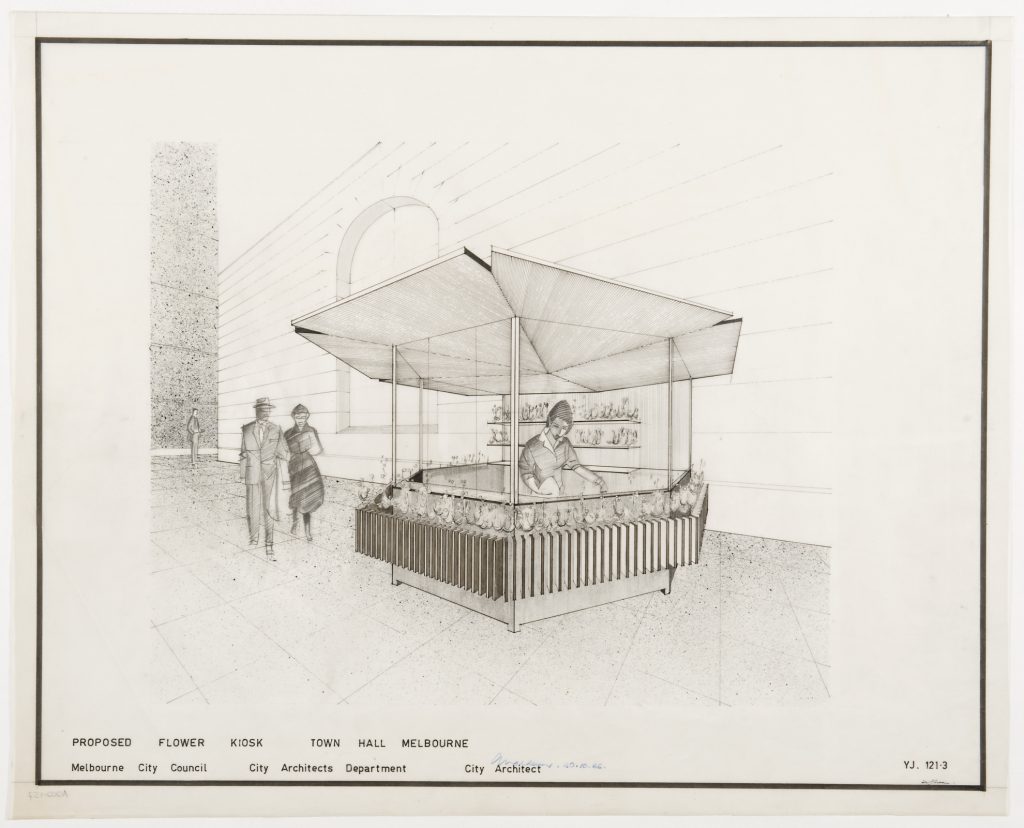 The predecessor of City of Melbourne's City Design Studio was the City Architect's Office, an administrative model adopted from Britain. The Art and Heritage Collection holds a suite of technical drawings created in that office between the 1940s and 1970s, drawings that propose various designs to support public use of the city streets. They include plans for park and street seating, vendor kiosks, hand railing, gates, bus shelters, planter boxes and street lights. While the philosophy currently framing the city's approach to industrial design is orientated towards an aesthetic that draws our public spaces into a single design vocabulary, consistency appears less of a concern in the period that these drawings pertain to. While there is some consistency within an area, the drawings suggest the municipality tolerated a level of variation. Since the early 1990s, fabrication of city designs has been outsourced to independent local companies. But during this period, street furniture was manufactured in the city's North Melbourne workshop. Here the staff were highly skilled workers in carpentry and steel fabrication. Made in 1966, and more a presentation than technical drawing, this perspective work shows a proposed kiosk to be located outside Melbourne Town Hall. Two such kiosks were made for the convenience of city workers and visitors, with the second kiosk for location on Collins Street. The design of such vendor hubs, with their opening panels and copious display space, maximises visibility and accessibility. The roof design in this drawing appears to open up much like the petals of a stylised flower, offering not only accessibility but shelter to vendor and customers alike.