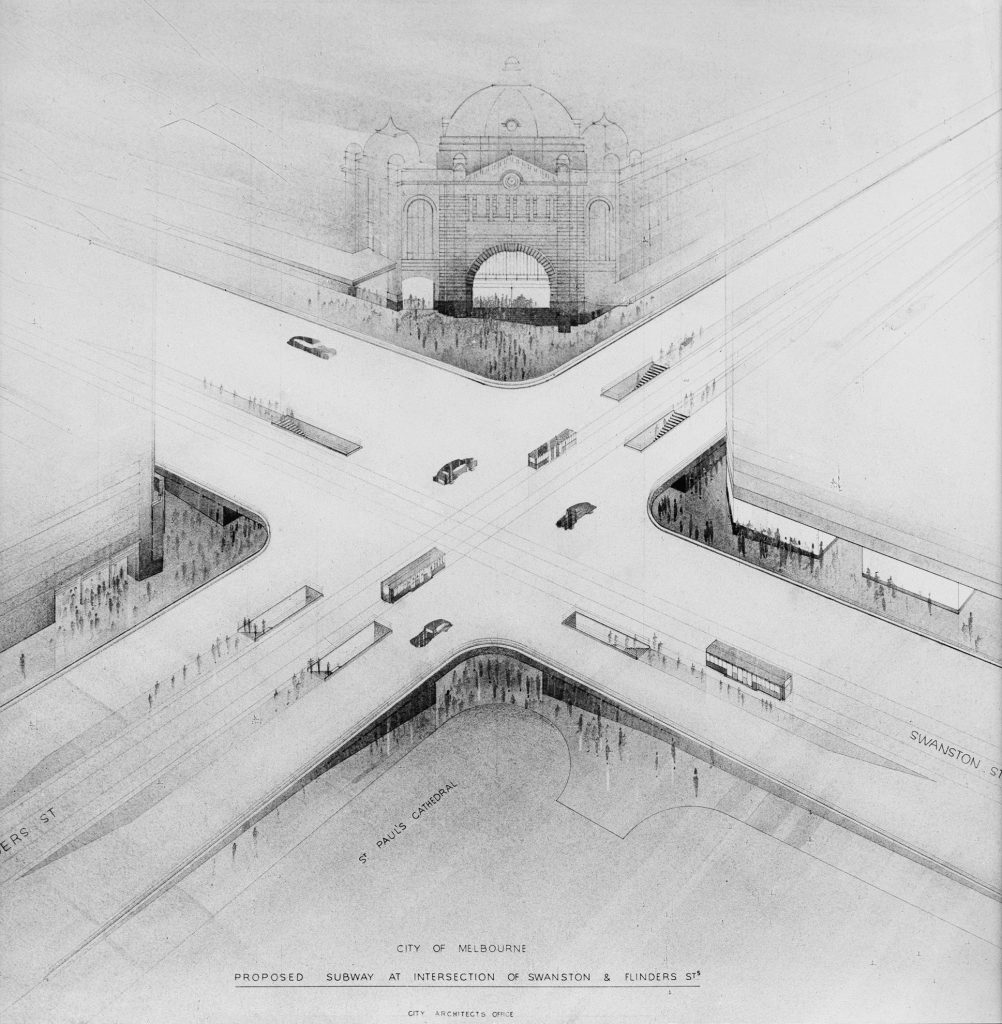 With the Victorian government’s 21st-century fixation on flyovers to eliminate level crossings around Melbourne, this proposed subway for the intersection of Swanston and Flinders Streets looks decidedly modern. However, the drawing that this photograph reproduces was made in the City of Melbourne Architects Office around 1950, when the city was being transformed through postwar affluence, changing demographics, new building technologies and heady aspirations. With the city’s middle suburbs increasingly attractive to the professional classes, the efficient carriage of workers between city and home was a concern that clearly exercised the municipal mind. This proposal not only provides for the safe passage of pedestrians into and out of Melbourne’s main train station, but also allows for the free flow of private vehicles at a time when car ownership was increasing, due to both rising prosperity and the founding of a car manufacturing industry in Australia. This photograph of the unadopted proposal was shown in the exhibition ‘A History of the Future: Imagining Melbourne’, curated by Clare Williamson and held at the City Gallery in 2016.