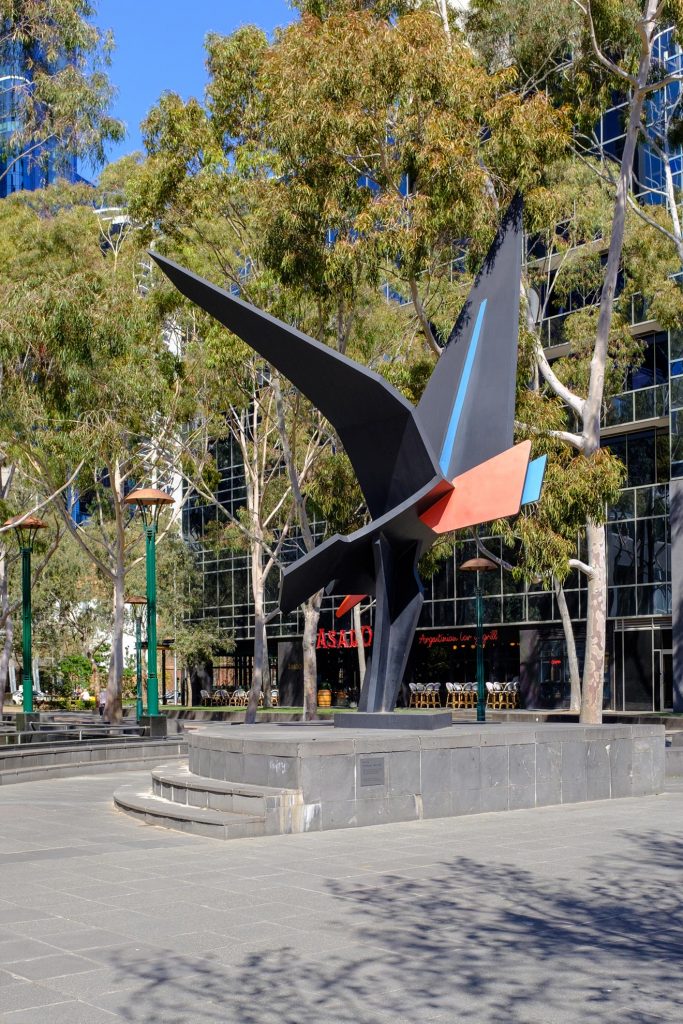 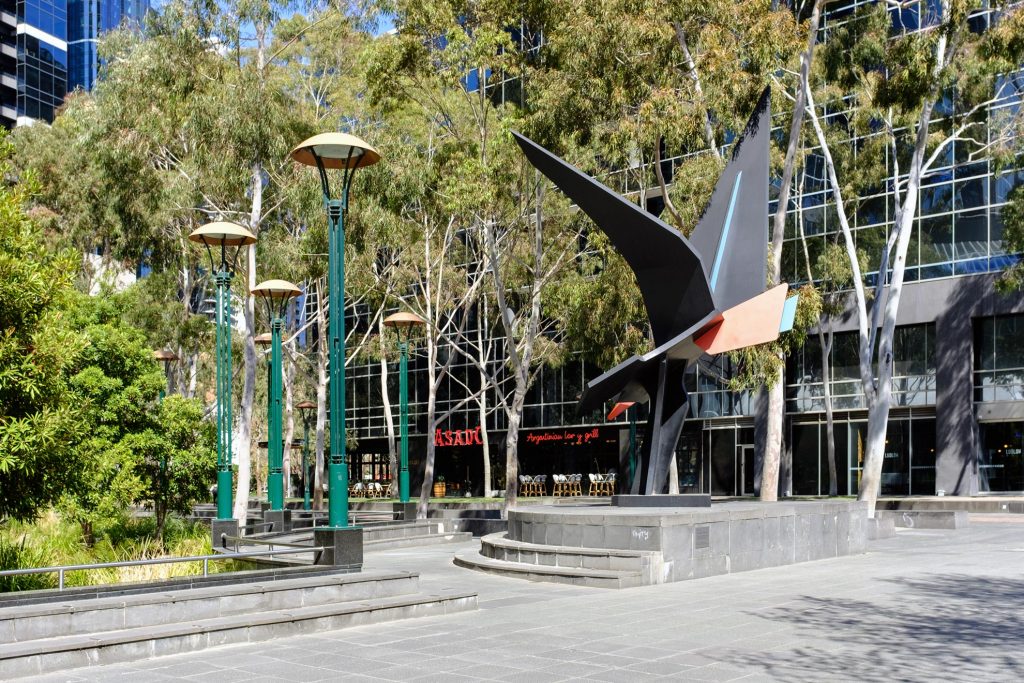 Gifted by Esso Australia Pty Ltd, 2018 and acquired with the assistance of funds from Central Equity Group Property of the Melbourne Art Trust Managed by the City of Melbourne

Location: Southbank Promenade between Southgate Avenue and Southbank Boulevard German-born Australian sculptor Inge King (1915-2016) fled Germany in 1939 and furthered her studies in England and Scotland before migrating to Australia in 1951 with her husband, Australian printmaker and painter, Grahame King. They purchased land in Warrandyte and commissioned architect Robin Boyd to design a single room studio where they would live and work for more than 60 years. King was prolific with major commissions including monumental works at McClelland Gallery, the Arts Centre, the University of Melbourne, Heide Museum of Modern Art and the National Gallery of Australia. Her work is held in public and private collections. The National Gallery of Victoria held two major retrospective exhibitions of her work in 1992 and 2014 and the National Gallery of Australia held a survey exhibition to celebrate her 100th birthday. King died aged 100 in 2016.