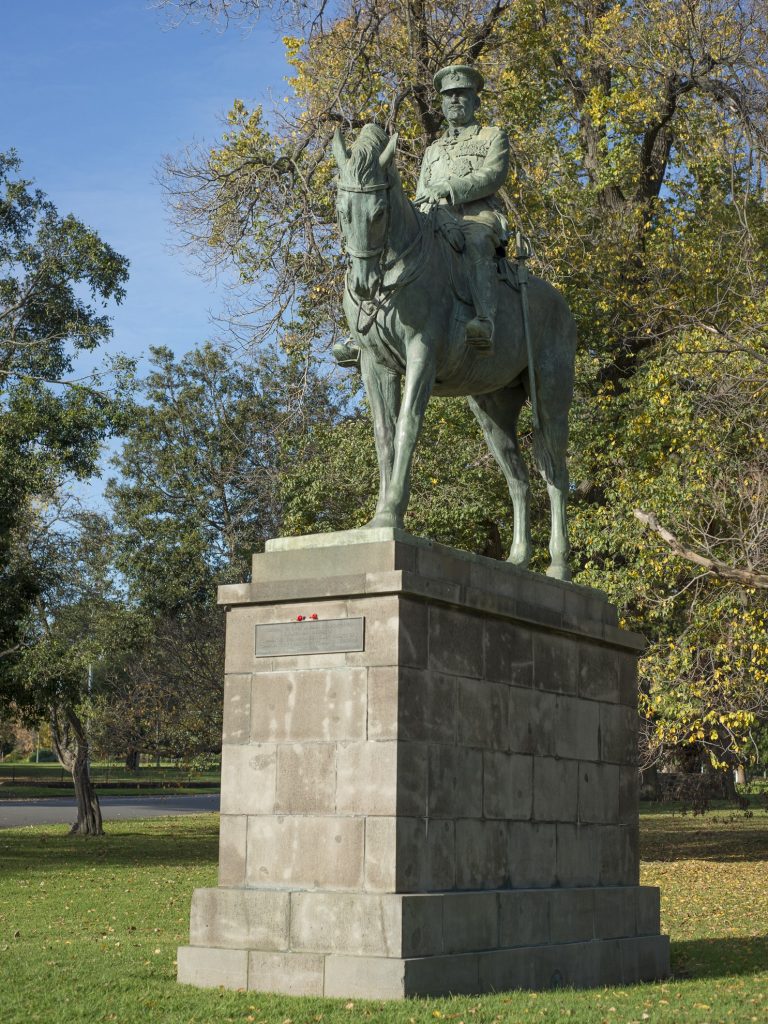 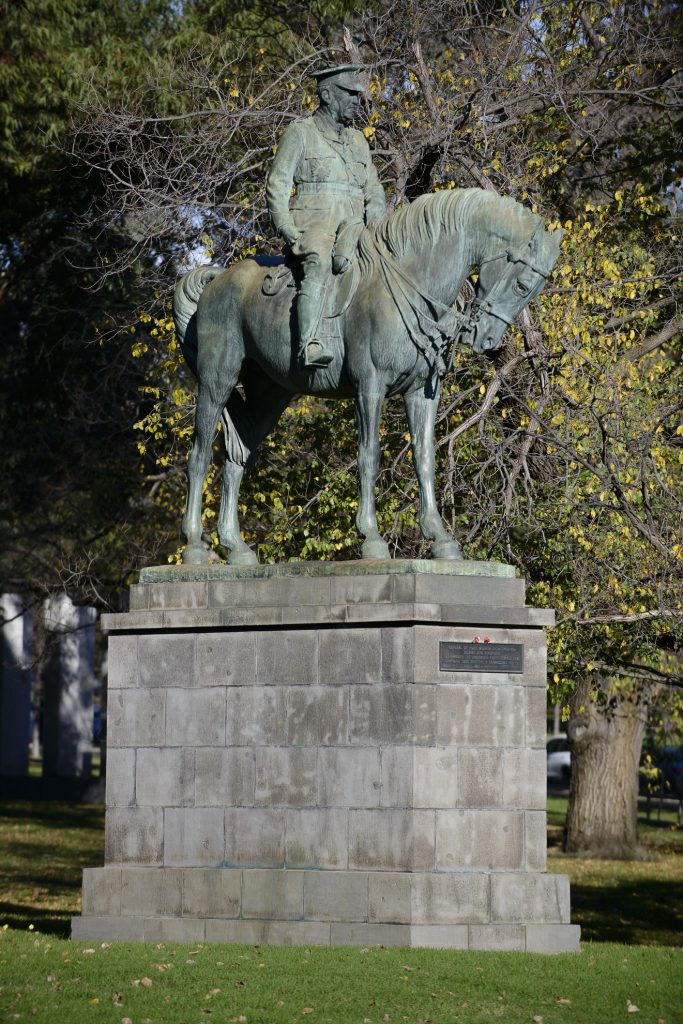 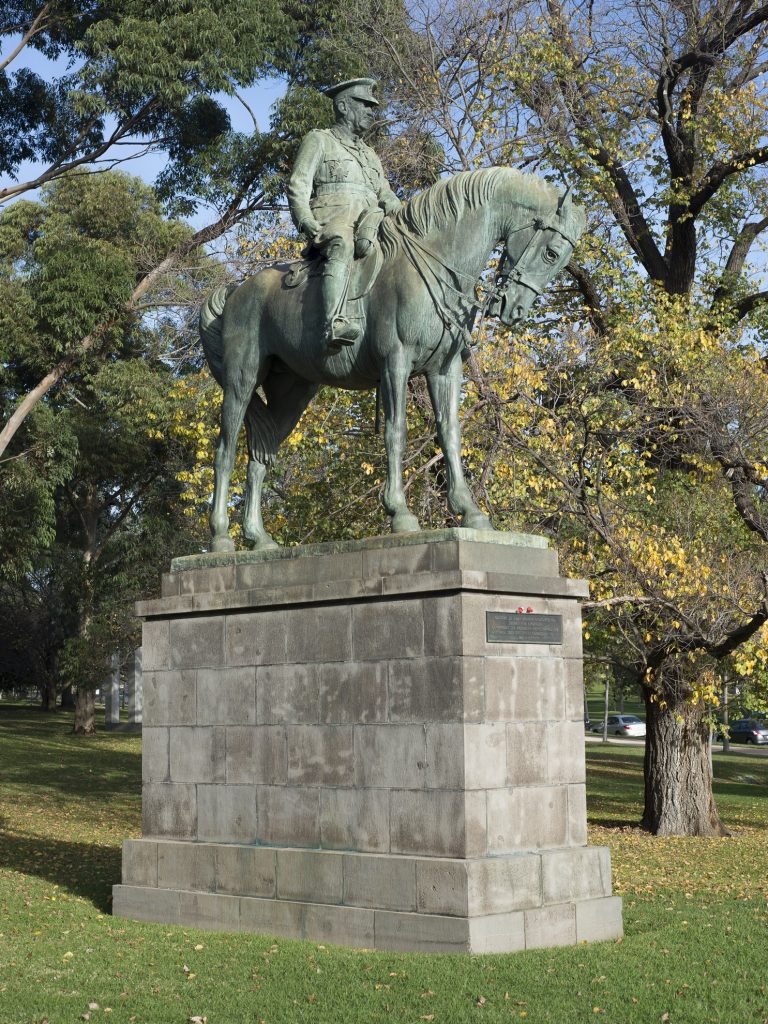 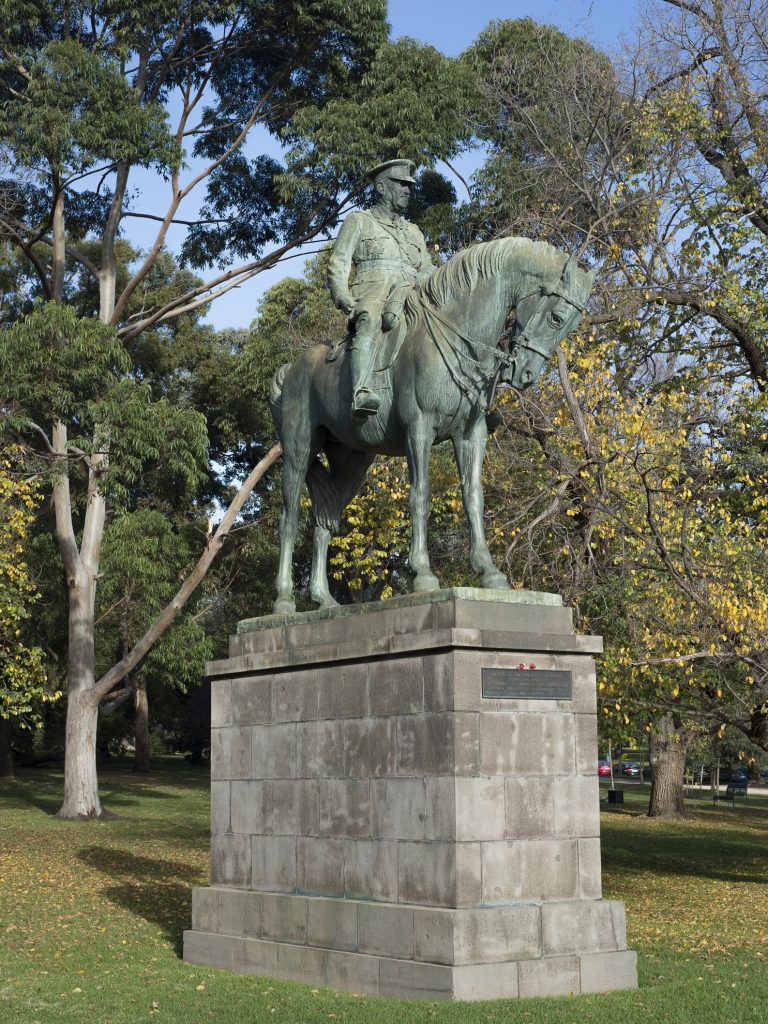 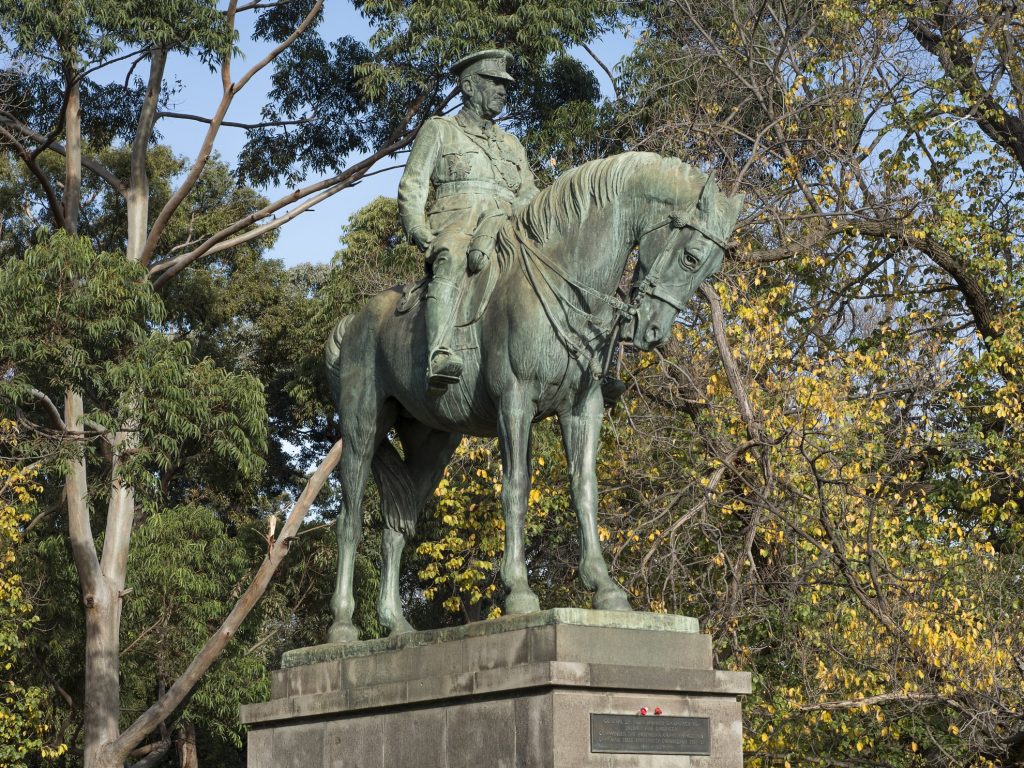 THIS STATUE WAS UNVEILED / ON THE 12TH NOVEMBER 1950 / BY HIS EXCELLENCY / THE RIGHT HONOURABLE / WILLIAM MCKELL K.C. / GOVERNOR GENERAL OF THE / COMMONWEALTH OF AUSTRALIA / GENERAL SIR JOHN MONASH G.C.M.G. / SOLDIER AND ENGINEER / COMMANDER OF THE AUSTRALIAN CORPS FRANCE

Location: cnr Government House Dr and Birdwood Ave, Kings Domain Bronze statue of Sir John Monash in an equestrian pose, on a granite plinth. A monument to Monash was proposed in 1932, the year after his death. It was funded by Melbourne City Council and public subscription. While designed by Bowles, the bronze was cast in Italy. But due to the outbreak of World War Two it was not completed until 1950. It was finally unveiled on 12th November 1950 by the Governor General, William J. McKell. The Governor, Sir Dallas Brooks, the Prime Minister, Robert Menzies, and Monash's daughter, Mrs Gershon Bennett were also in attendance. John Monash was born in Melbourne in 1865. He obtained degrees in arts, law and engineering from the University of Melbourne, and worked on construction projects before the outbreak of World War One. Monash commanded the 4th Infantry Brigade at Gallipoli and then the 3rd Division in Armentières, France. In recognition of his military prowess and leadership skills, he was promoted to lieutenant general in 1918, commanding the Australian Army Corps. Following the war, Monash became general manager of the State Electricity Commission, and was instrumental in developing the brown-coal deposits of the Yallourn fields, Gippsland. He also served as the vice-chancellor of the University of Melbourne. Unveiled 12 November 1950