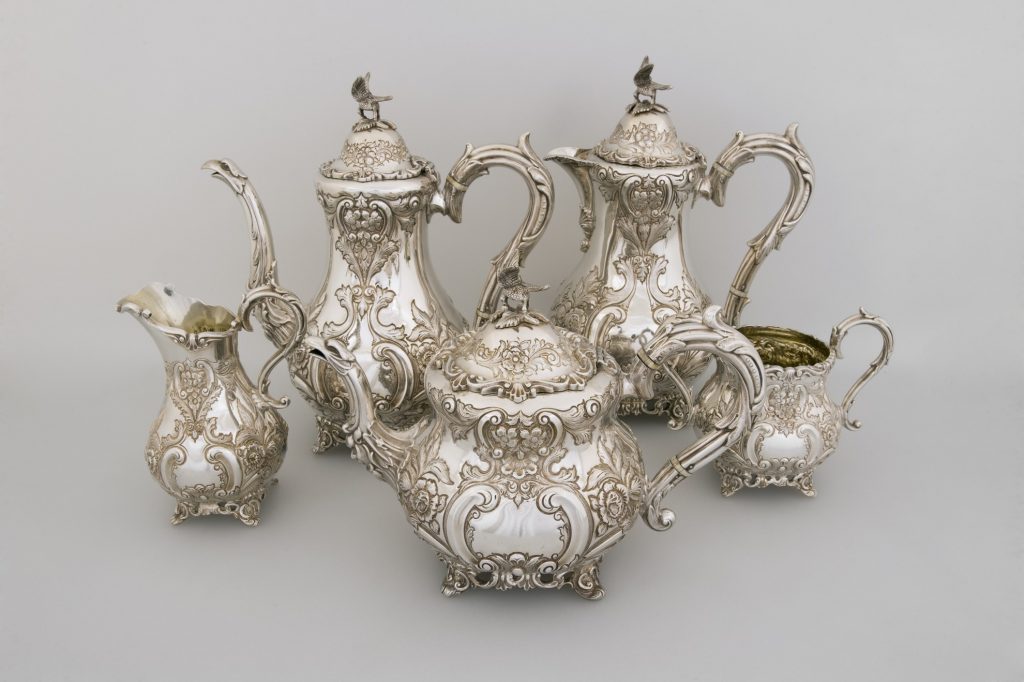 Purchased for the Royal Visit, 1954
City of Melbourne Art and Heritage Collection

The teapot, coffee pot and hot water pot are baluster form, each raised on four scroll-shaped feet, with scroll handles and a domed lid with pecking bird finials. The bodies of all in the set are decorated with repousse flowerheads, foliate and central cartouches. During her brief stop at the Melbourne Town Hall, the Queen declined the offer of tea from a silver service purchased specially for the occasion, asking instead for orange juice. The best laid plans … The lord mayor had effectively been gazumped by the premier. At Parliament House, a short time before, she had accepted a cup of tea. ‘Women striving to achieve the Queen’s slim figure', reported the Argus, ‘will be interested to know that she drank tea without sugar'.