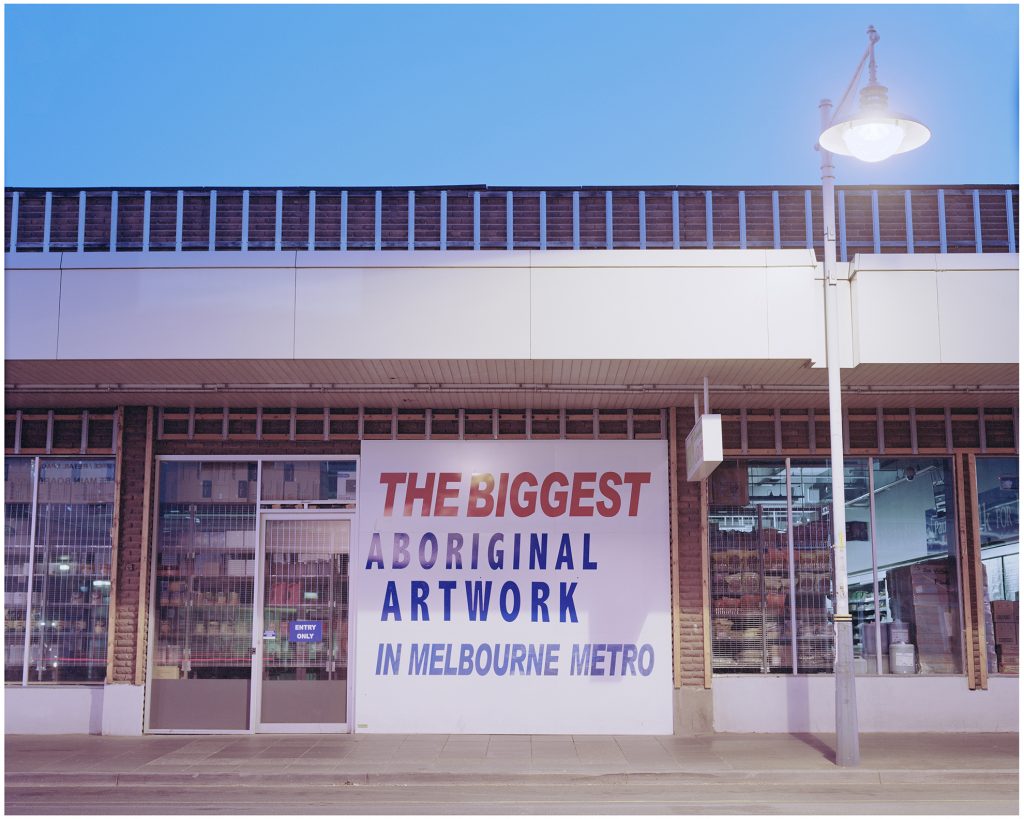 Purchased, 2016
City of Melbourne Art and Heritage Collection Courtesy of the artist

Born in Geelong, Taungurung man and artist Steven Rhall lives and works in Melbourne's west. Indeed, place and the cultural diversity that constitute his more recent 'home ground' of Footscray often underwrite his work, which ranges across media although he is most known for his works in photography, video and installation. Rather than fix ideas of carefully prescribed identity through representational practices of art, Rhall's work opens up possibilities of personal agency and cultural brokership through his readings of the cultural landscapes he inhabits and which, more generally, make up contemporary lived environments. In a work such as 'The biggest Aboriginal Artwork in Melbourne Metro', Rhall's intervention into the streetscape of Footscray is both playful and serious-minded, inserting his 2D typographic work in a 3D real environment, and then flattening this back into two dimensions. He adopts the languages of both advertising and English as a second language in an English-speaking nation to point to the particularities of cultural expression that emerge in an environment shaped by global events. But this work of art also challenges accepted wisdom about just what constitutes Aboriginal art. This work, which was created as part of a series titled 'We Specializes in Authentic Aboriginal Art', gestures to slippages of meaning in language and communication, and the capacity of such unstable points to create both limitations and possibilities in understanding. As well as this work, the Art and Heritage Collection holds Rhall's 'Boundary (Border Country, Footscray)'.