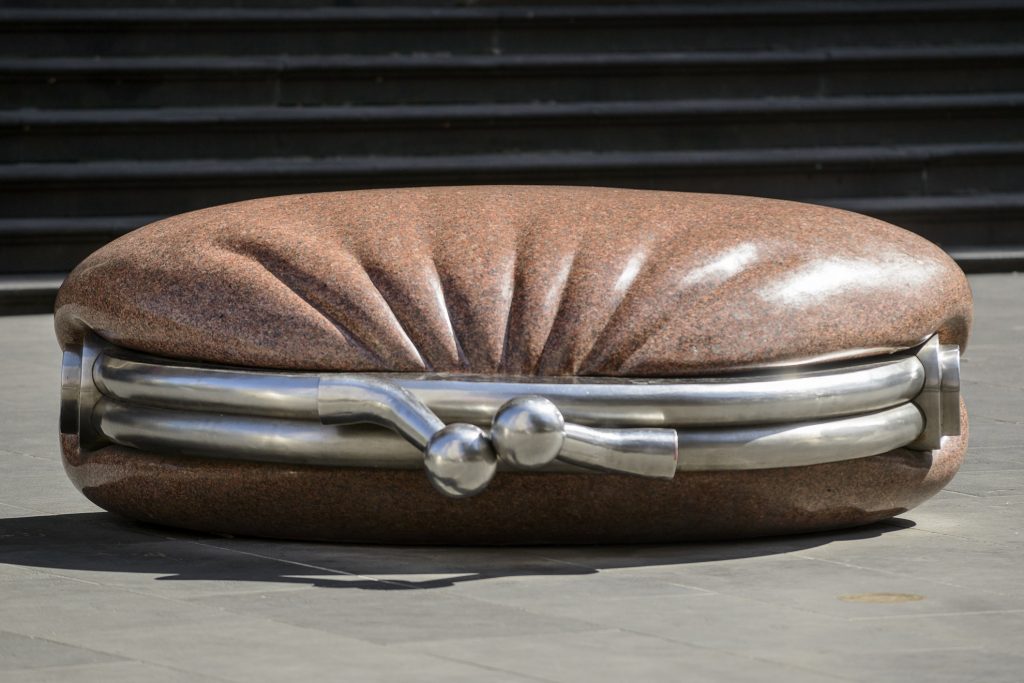 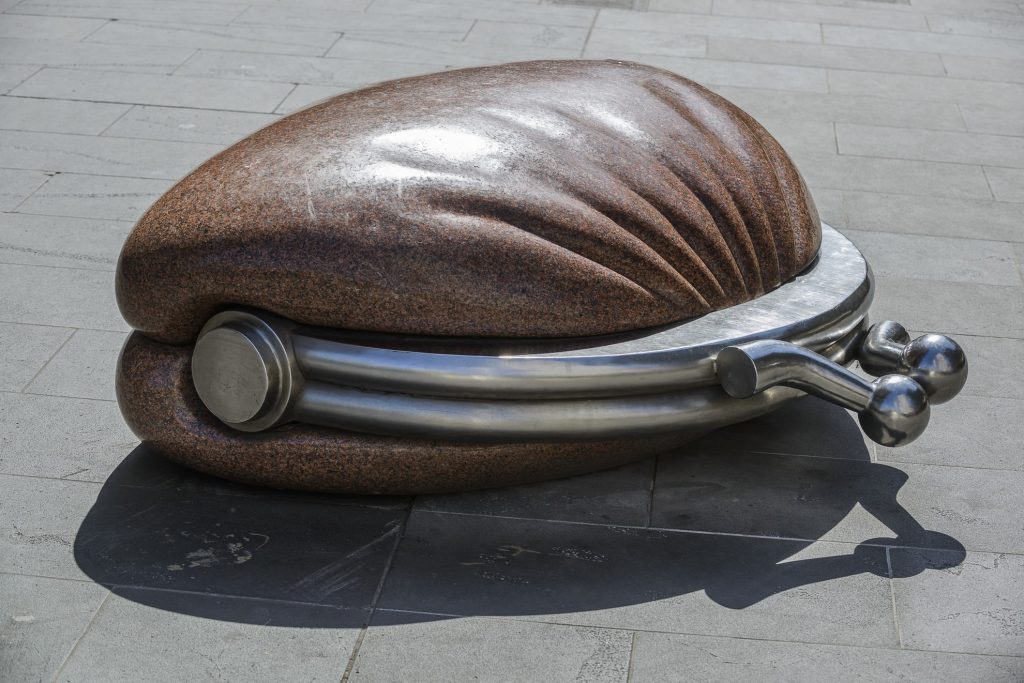 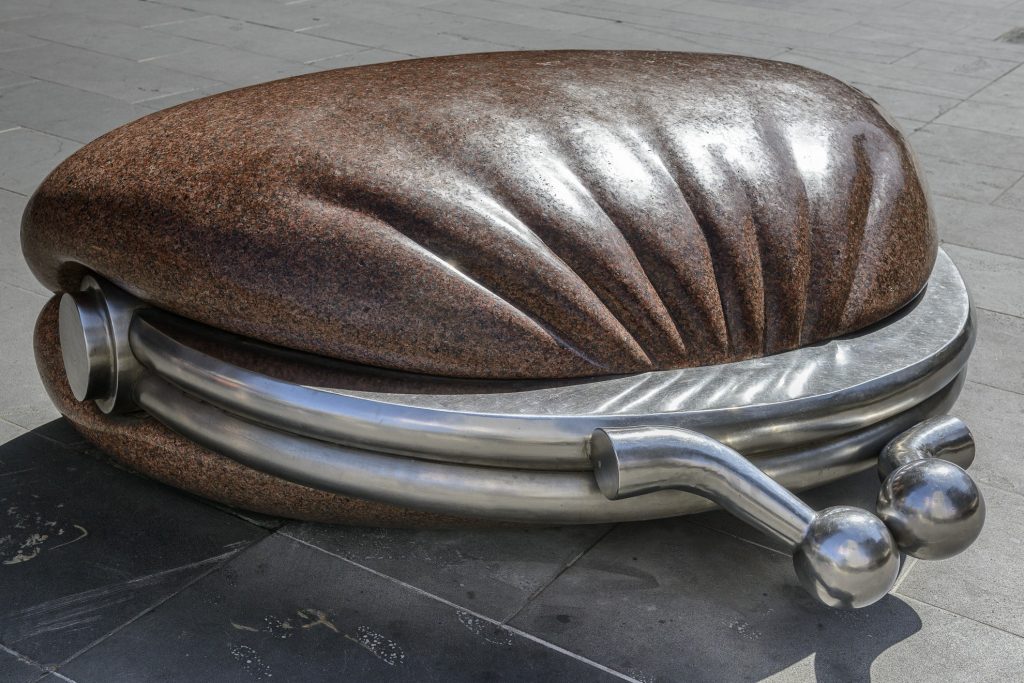 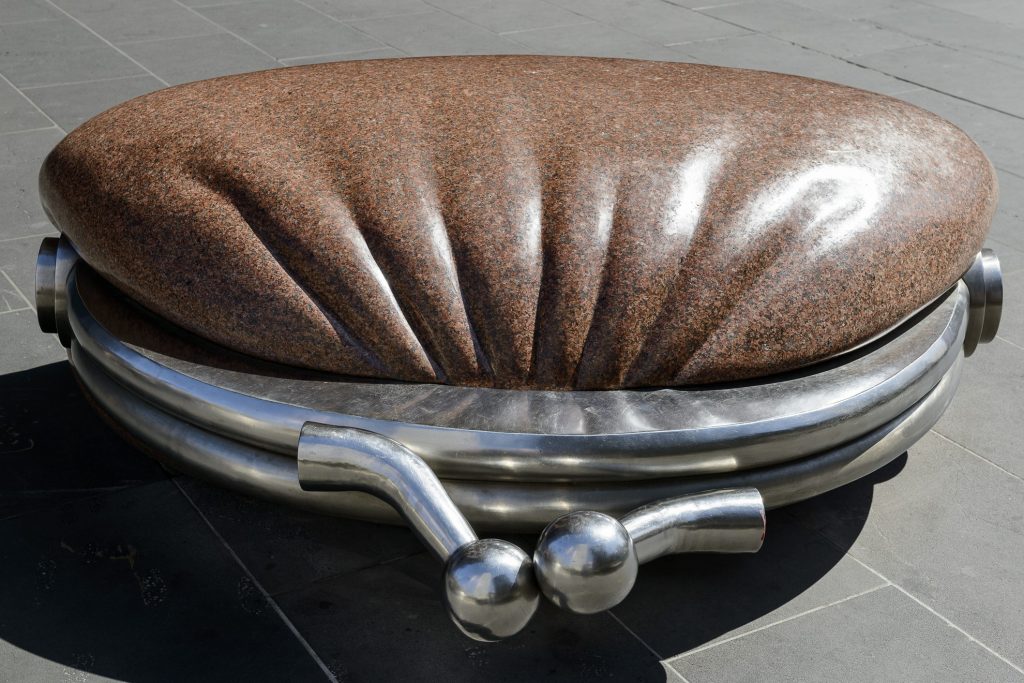 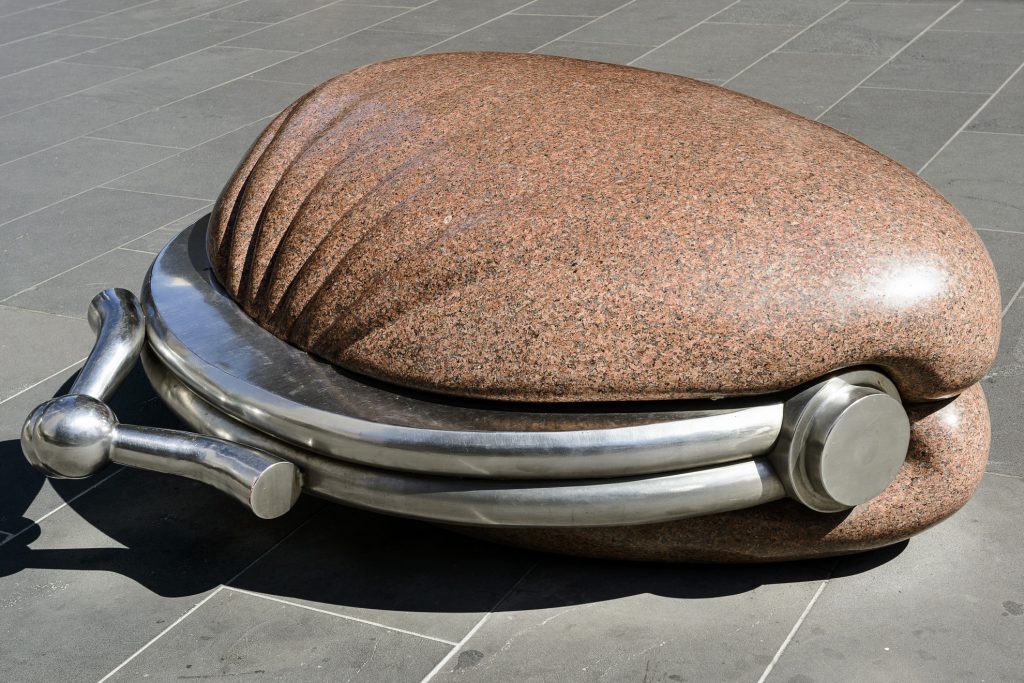 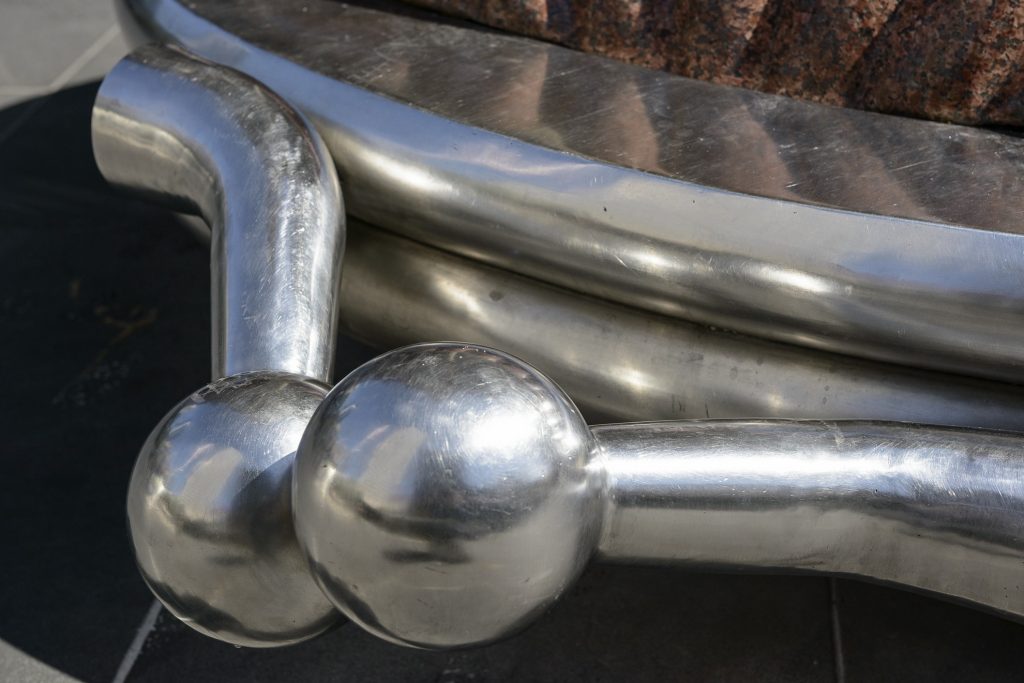 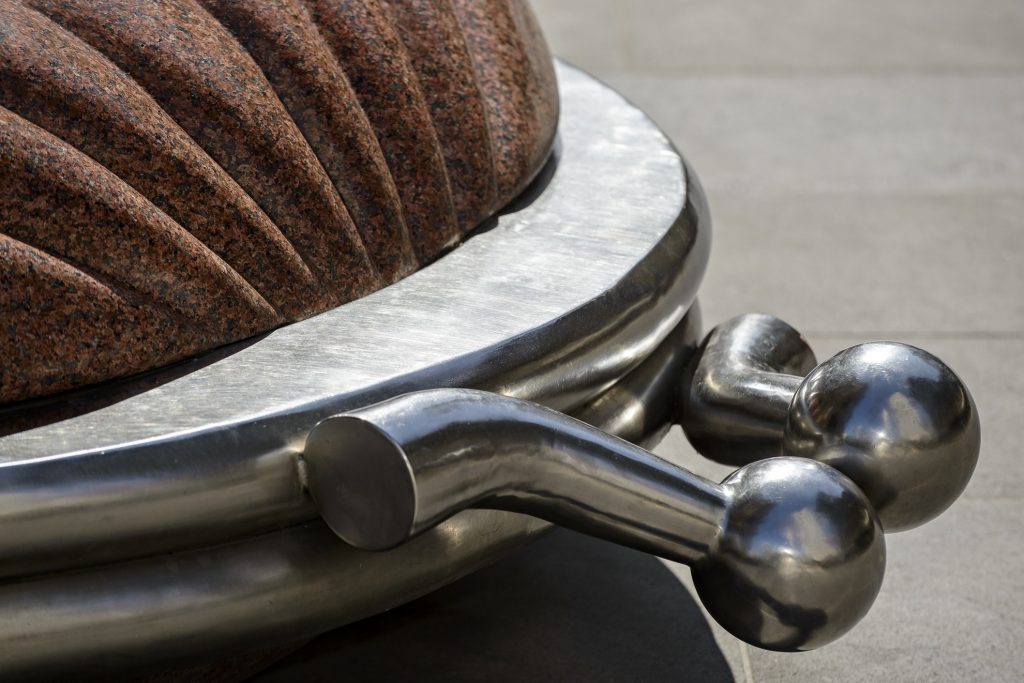 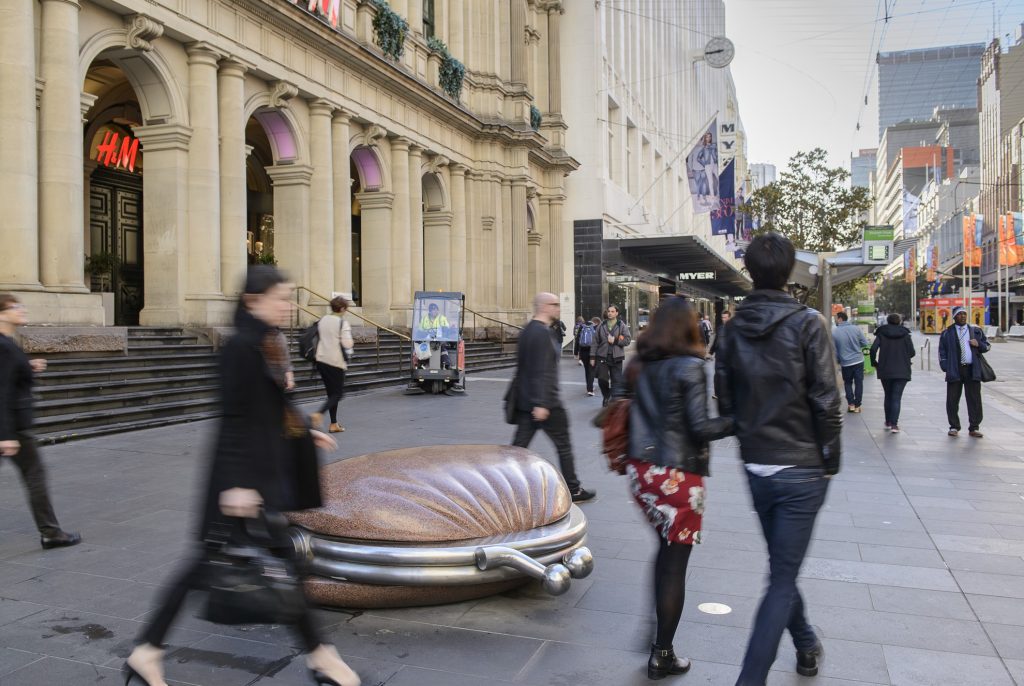 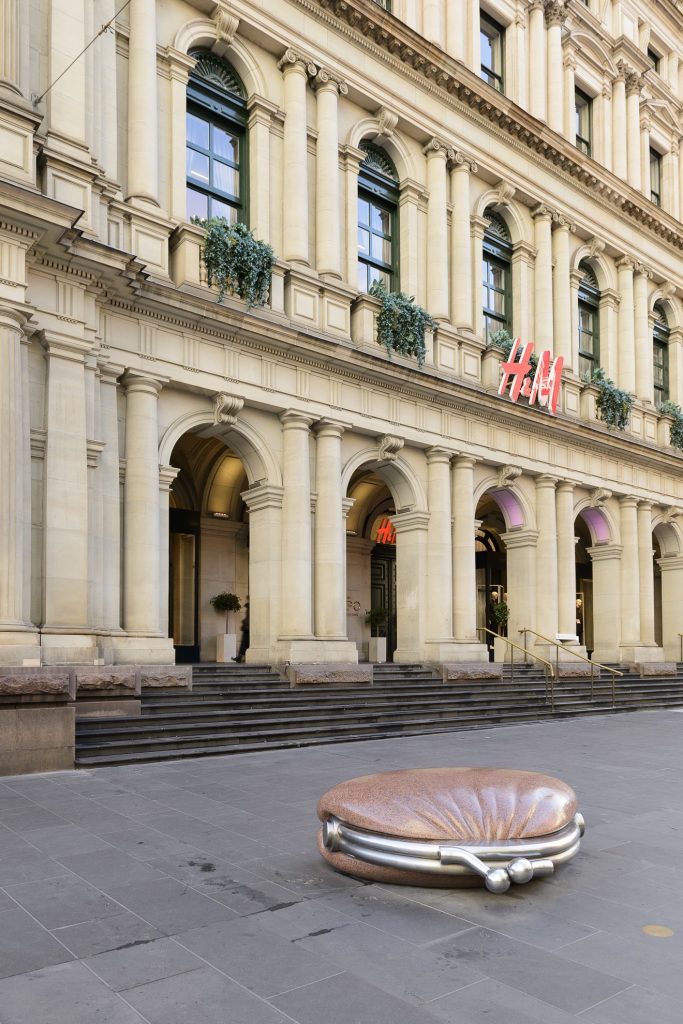 Location: cnr Bourke St Mall and Elizabeth St Large granite purse-like object, designed as a seat located in the Bourke Street mall outside the old GPO. In January 1994, the City of Melbourne called for design submissions for unique and distinctive forms of street seating. Simon Perry’s The Public Purse was one of the works selected. This piece was commissioned as part of council’s Percent for Art Program, in which one per cent of council’s capital works budget went towards funding public artworks, with the goal of integrating public art into the design and development of the city. In creating The Public Purse, Perry was interested in making an object that would work both conceptually and poetically, while still addressing the context of the site. The Public Purse engages with its environment through its clear reference to the commercial nature of the area. Perry says of this red-granite sculpture that it ‘signifies an interaction between the city and citizens, the public and the private’. Looking like nothing less than an oversized dropped purse, this public seating can be located anywhere in the retail district without ever looking out of place. Unveiled 12 September 1994