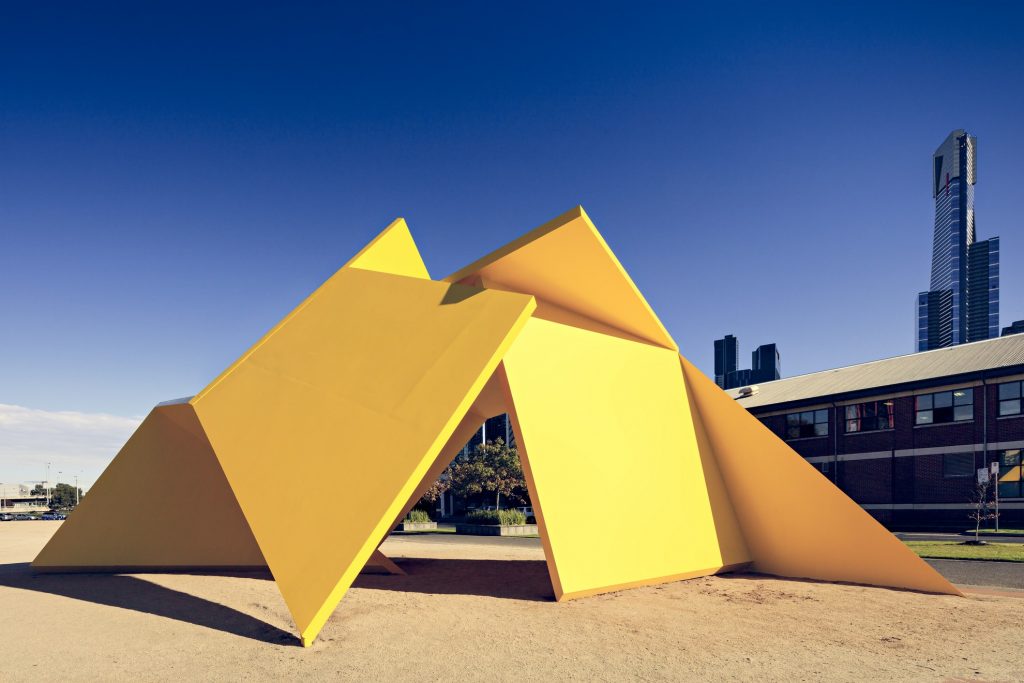 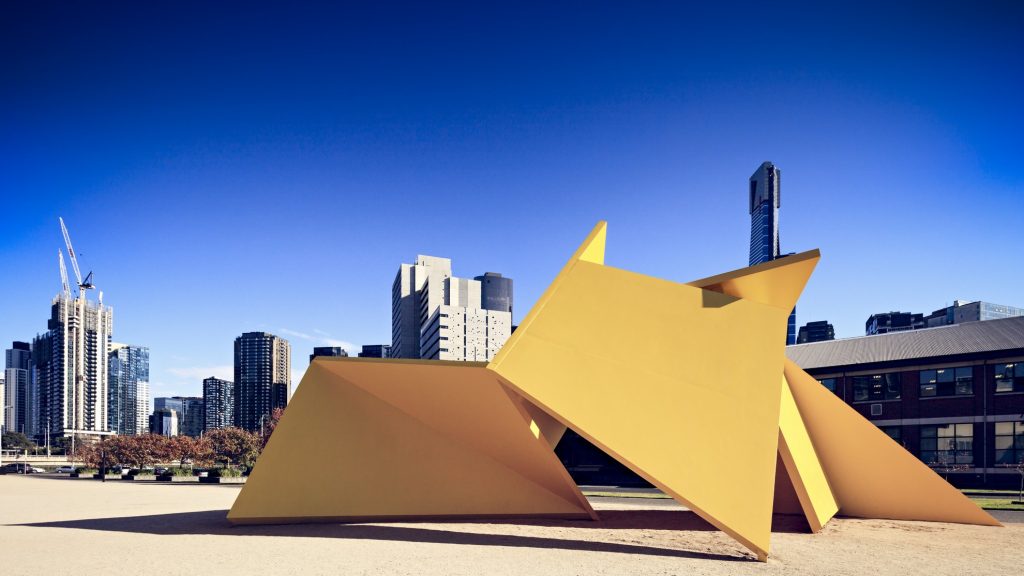 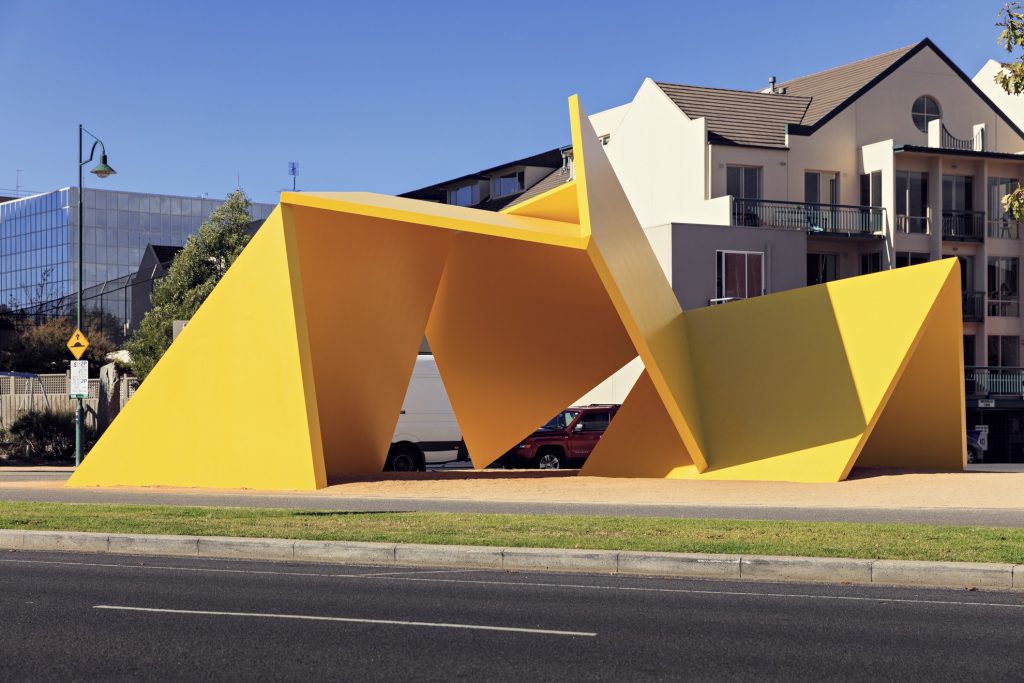 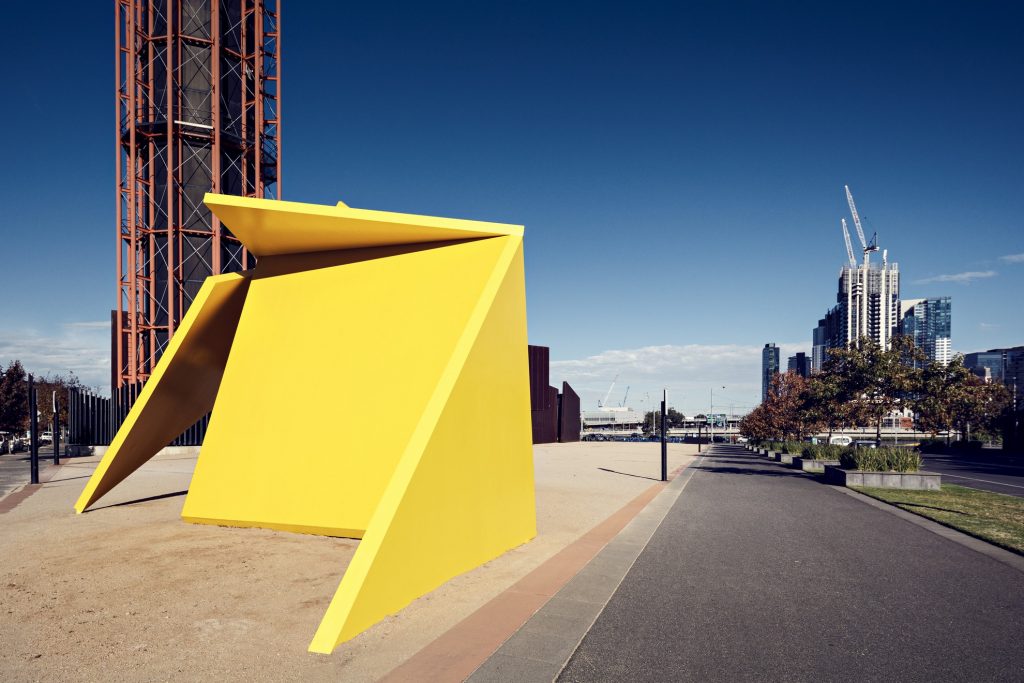 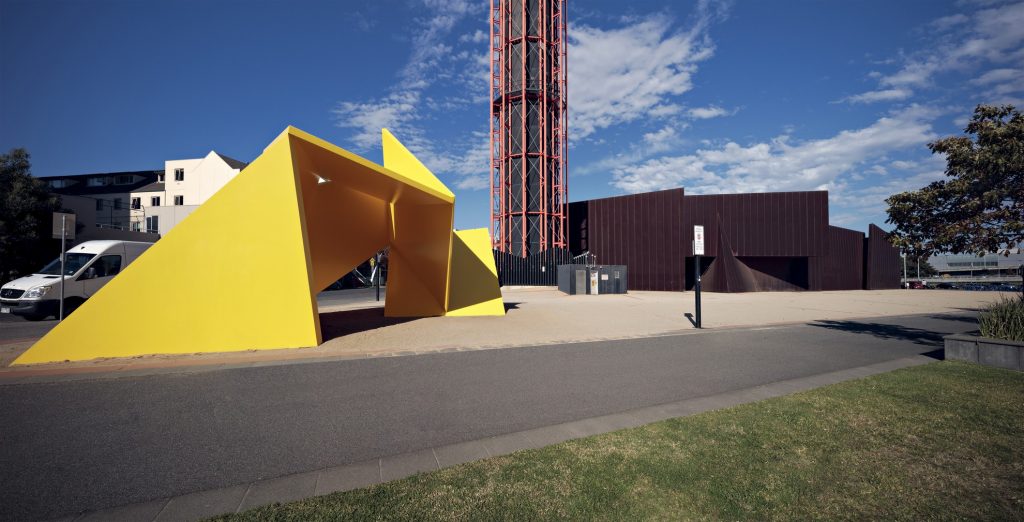 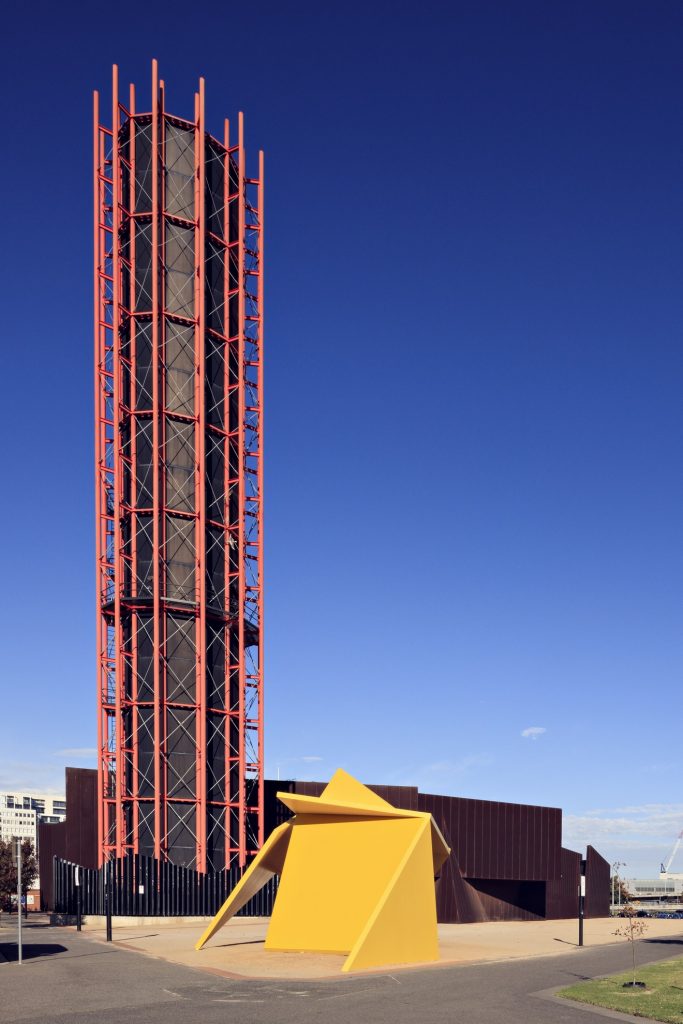 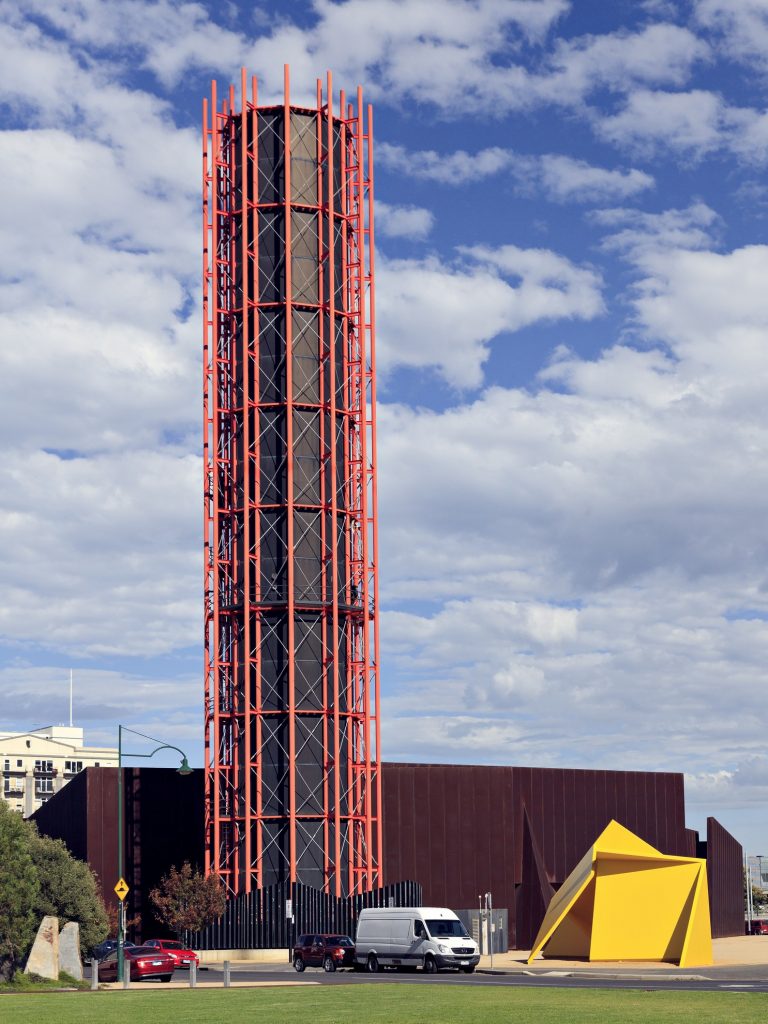 Location: Australian Centre for Contemporary Art (ACCA) forecourt, Grant Street, Southbank The unveiling of 'Vault', in 1980, in the City Square gave rise to one of Melbourne's biggest art controversies. The work of contemporary artist Ron Robertson-Swann has often divided critics, but none has been as controversial as his 'Vault'. Dubbed the 'Yellow Peril' by Councillor Osborne, the yellow metal sculpture caused a storm of protest over its suitability for City Square. Ironically, it was commissioned for its compatibility with the square’s design. The winner of a competition organised by the square’s architects, Robertson-Swann’s design met the challenge of being a ‘grand interlocked sculpture’. It also met the requirement of being bold, visually simple and a strong focal point, which would offset the formal character of the square. But while 'Vault' met these objectives, it was a little too abstract for public taste. Professor Patrick McCaughey gave his full support to the work, applauding it for design excellence. Recognising McCaughey’s reputation in visual arts, council approved the plans. When the sculpture was installed it was yet to be named, and despite Robertson-Swann soon naming it 'Vault', Yellow Peril, with its racist overtones, has stuck. Following its installation in 1980, Councillor Osborne tabled a survey showing Melburnians’ lack of support for the sculpture’s prominent position, based on the opinion that it was not sympathetic to the nearby historic St Paul’s Cathedral and Town Hall. Council resolved to relocate the work, but not before it was scrawled with graffiti and used as a play structure. Despite the artist’s objections, in 1981 'Vault' was moved to Batman Park, where among other things it served as a shelter for the homeless. In 2002, 'Vault' was unveiled at its new home outside ACCA, where most consider it in keeping with the surrounding built environment. Two contemporary artworks in the Art and Heritage Collection that reference the controversial 'Vault' are Robert Hague's ‘Natives on the River (after Glover)’ and Eugenia Lim's 'New Australians (Yellow Peril 1980/2015)'. Two works by Nancye Kent Perry, painted in 1981, also feature 'Vault', as well as two works by Natalie Thomas, made in 2007 and 2016.