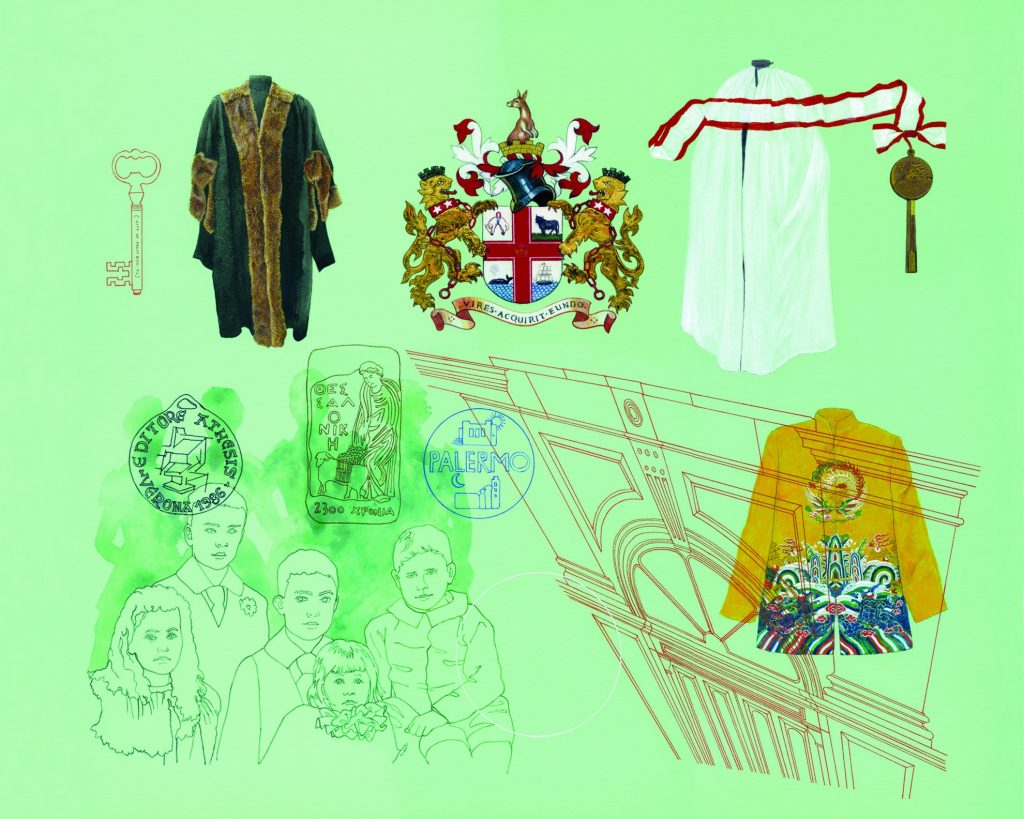 Artist Statement The three paintings in the 'Vires Acquirit Eundo' series reference the various objects, artefacts and photographs in council’s Art and Heritage Collection. For this commission I focused on layering the eras, influences and connections that the city has experienced and formed with its people, architecture and past. The collection presented a rich assortment of the material elements of an urban structure constantly evolving, resolving its challenges and thriving. My aim was to formulate an aesthetically cohesive response which expresses not only the rich past and present of the city but also relates my personal experience of living and studying in Melbourne. The green in this painting is a fresh and light backdrop for new and old elements coexisting in the city. As with the other two paintings, this one also uses ceremonial garments: the fur-lined lord mayoral robe, a heavily embroidered yellow jacket presented to the deputy lord mayor by the City of Shanghai. In the centre is the coat of arms of the City of Melbourne. In the lower left hand are two group photos from a local photo studio. The subjects are not identified: the background group is of four young women and in the foreground are five siblings, perhaps from a migrant family. These groups are superimposed by outlined medallions from the cities of Thessaloniki (a sister city of Melbourne), Verona and Palermo, referring to the deep connections of Italian and Greek communities of Melbourne. The sheathed robe on the upper right, with the key to Osaka (another sister city), is the same black and gold robe as in the painting to the far right. Nusra Latif Qureshi