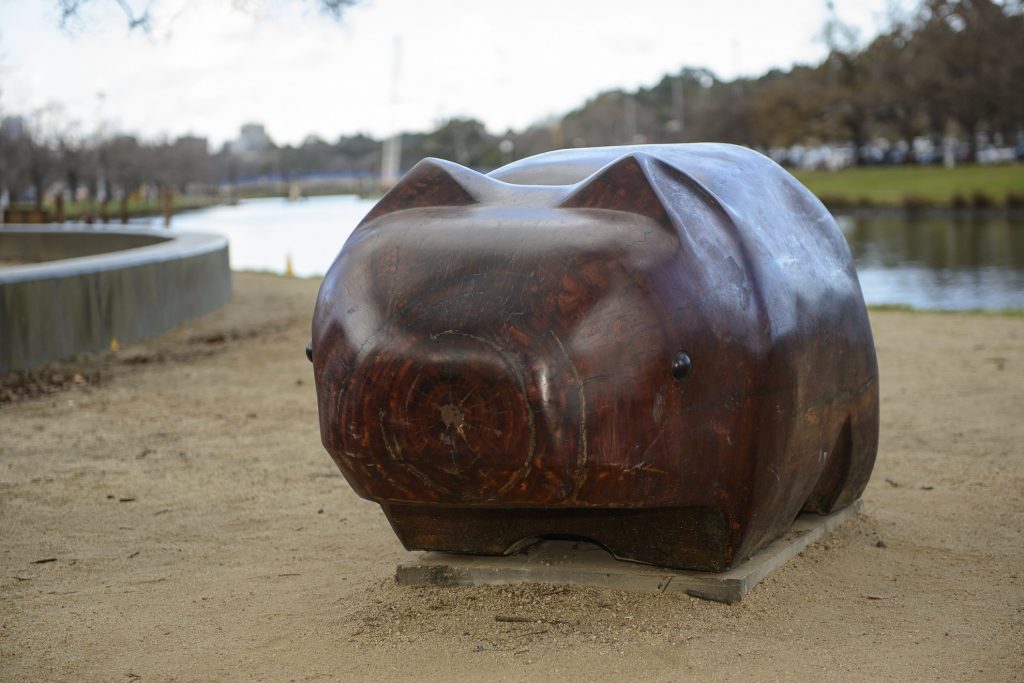 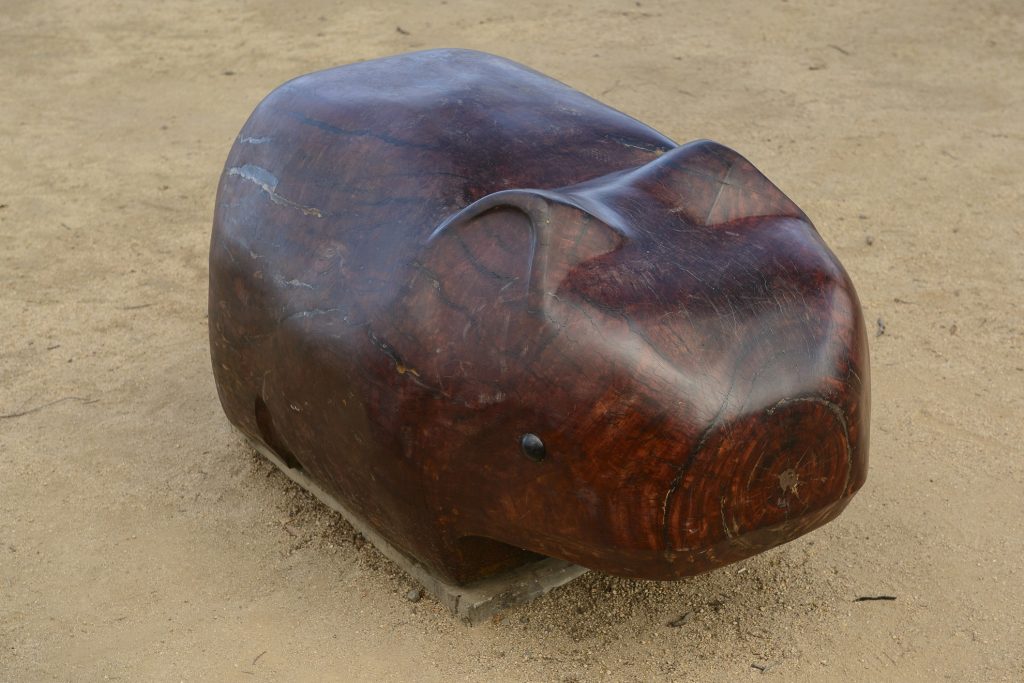 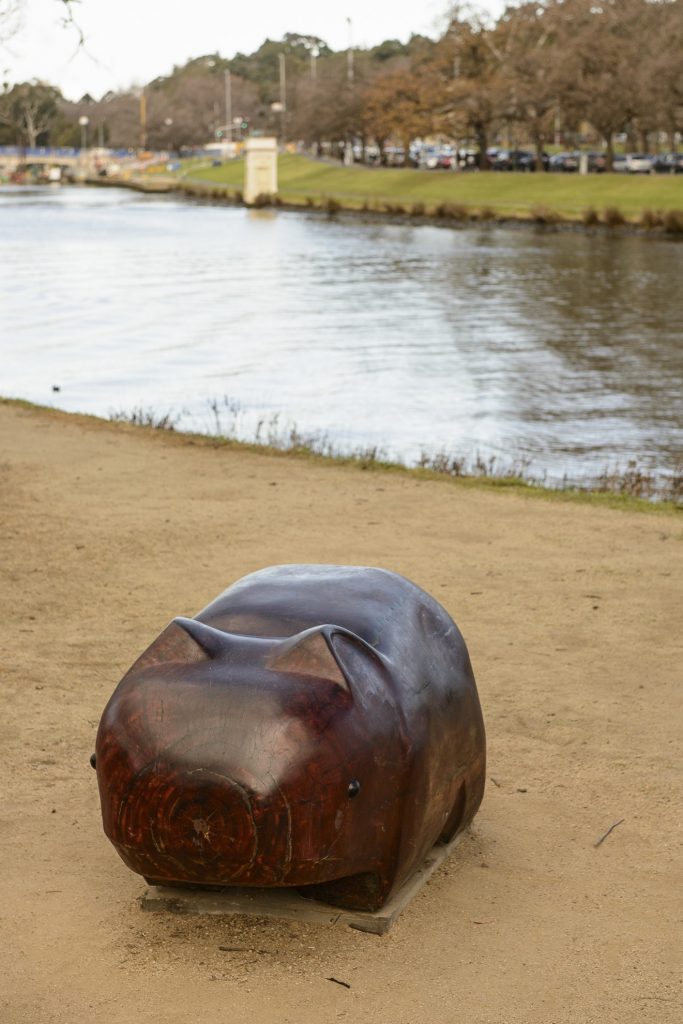 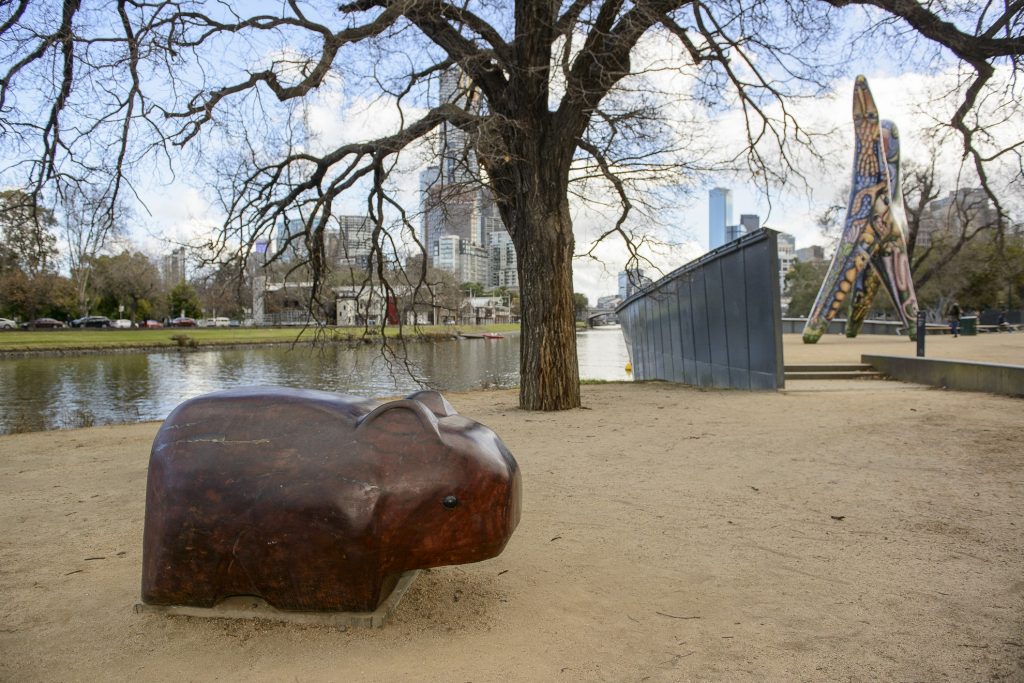 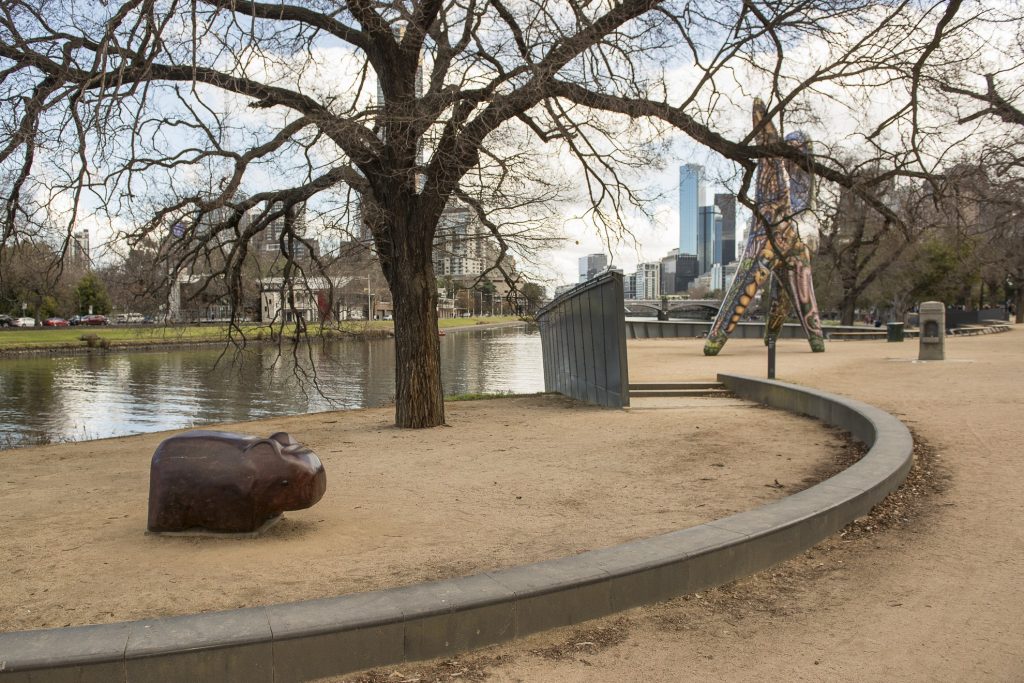 Location: Birrarung Marr 'Warin the Wombat' was carved from a 2.5- tonne redgum log on location at City Square, enabling the citizens of Melbourne to follow its creation. The carving took two weeks to complete, and was executed behind safety barriers erected by Melbourne City Council. Many people visited the site on an almost daily basis to follow its progress to completion, in January 2002. The wombat is named 'Warin' pronounced Wareeyn, a name derived from the local dialect of the two most important Aboriginal tribes of the Melbourne area. Warin now sits happily at Birrarung Marr, beside the Yarra River (close to 'Angel').